"They Want to Hide the Body"

This article in SolveClimate, "Did Deepwater Methane Hydrates Cause the BP Gulf Explosion" is enough to scare the daylights out of anyone! These oiligarchs are ruthless in their pursuit of money. 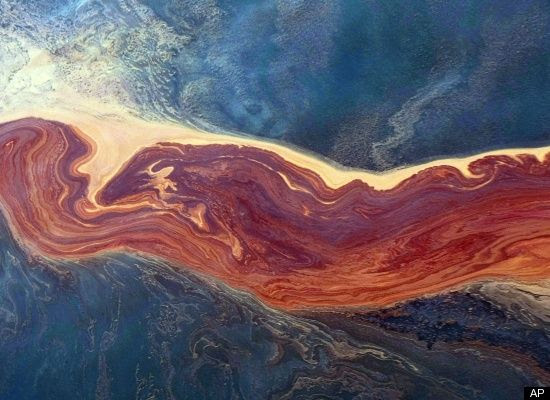 And this article, "Scientists Fault Lack of Studies Over Gulf Oil Spill" in the New York Times is enough to infuriate anyone who isn't being paid off by the oil industry. Our government isn't allowing scientists access to measure the extent and the effects of this monstrous calamity, it's disgusting!!
In response to this video, substanti8 made the following comment - and I couldn't possibly say it any better:
"I pledge allegiance to the barrel
of the capitalist states of America
and to the﻿ destruction for which it stands,
still oozing, undeniably,
with flooding and heat waves for all."