"Nobody In Charge" - BP in the Wall Street Journal

I don't usually like the editorial policies of the Wall Street Journal, but this article about the last moments on the BP oil rig is fascinating. 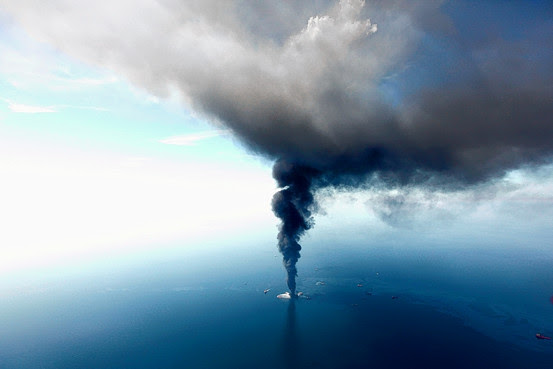 "In the minutes after a cascade of gas explosions crippled the Deepwater Horizon on April 20, confusion reigned on the drilling platform. Flames were spreading rapidly, power was out, and terrified workers were leaping into the dark, oil-coated sea. Capt. Curt Kuchta, the vessel's commander, huddled on the bridge with about 10 other managers and crew members.

Andrea Fleytas, a 23-year-old worker who helped operate the rig's sophisticated navigation machinery, suddenly noticed a glaring oversight: No one had issued a distress signal to the outside world, she recalls in an interview. Ms. Fleytas grabbed the radio and began calling over a signal monitored by the Coast Guard and other vessels.

"Mayday, Mayday. This is Deepwater Horizon. We have an uncontrollable fire."

When Capt. Kuchta realized what she had done, he reprimanded her, she says.

"I didn't give you authority to do that," he said, according to Ms. Fleytas, who says she responded: "I'm sorry."

An examination by The Wall Street Journal of what happened aboard the Deepwater Horizon just before and after the explosions suggests the rig was unprepared for the kind of disaster that struck and was overwhelmed when it occurred. The events on the bridge raise questions about whether the rig's leaders were prepared for handling such a fast-moving emergency and for evacuating the rig—and, more broadly, whether the U.S. has sufficient safety rules for such complex drilling operations in very deep water."

And here is the first part, BP Decisions Set Stage for Disaster