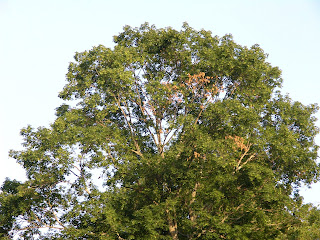 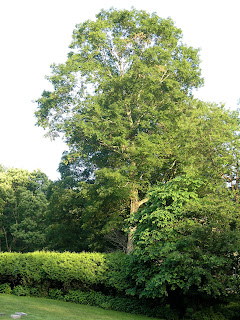 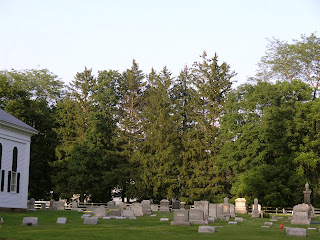 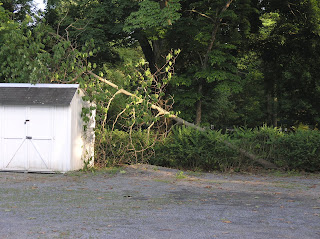 Copied below is a comment to the story about globalchange.gov (the new government website about the impacts of climate change) that I found on Daily Kos this morning, which reads like this:

"Extreme weather damaging the trees (4+ / 0-)
I live in a wooded area in Kentucky and for the last 3 years we’ve had extreme weather that’s damaged the forest. First it was drought. I would guess around 10% of the trees died outright. Then it was a late freeze in spring, which killed all the leaves. The freeze wasn’t too bad since trees are able to leaf out again. This spring was the ice storm, which was an eerie, end-of-the-world kind of experience. Every 20-30 seconds you could hear something breaking and falling to the ground. Usually a treetop but often an uprooted tree. Very few were undamaged, maybe as many as 5% are gone.

I’m starting to wonder if this woods I have lived most of my life in will be here ten years from now.

I would have responded to Jack the R but I have to wait 24 hours after registering to make a comment on Kos. So tomorrow, I will try to track him down and compare notes. He and I may be the only people between Kentucky and Rhode Island, at least, who are actually looking at trees and understanding how critical is their condition. It's, like, an emergency.

These pictures illustrate some of the signs of decline. One young tree just fell over. My understanding is that swings of excessive dryness and heavy infrequent rains cause the roots to rot, so the tree has no anchor. The mature deciduous trees behind the cemetery are thin and frail as are the pines. There is a very large tree and a closeup reveals how the leaves are turning brown already, in June. If you click on a picture, it should enlarge for more detail.

Sometimes I wonder why I write this blog. By the end of the summer such a large percentage of the trees will be bare or have brown leaves that a mass extinction event will be undeniable.

And this is way way ahead of even the worst predictions. What might that mean for the other effects of climate change, do you suppose? The methane release, the melting polar ice and glaciers, the temperature rise, the extreme storms, the die-off of corals and life in the oceans?

I do not think it is a positive portent.
Posted by Gail Zawacki at 7:52 PM