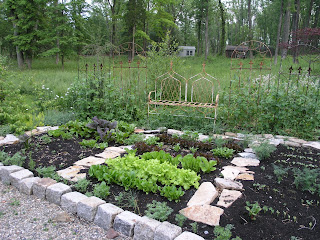 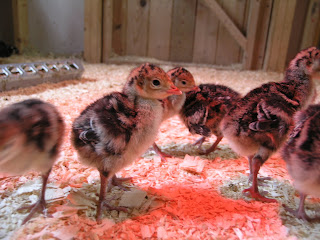 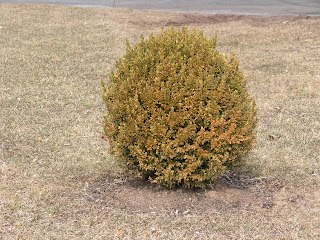 Pictures of the garden and turkey babies from last year, when things were a bit more under control. And a solitary but not isolated example of dieback. Then there is the sensational accident!

I don't need to add anything to this:

Whether Moron was trying to be satirical or not, I do not see why our fearless leader Dr. Romm derides the link as tenuous. It seems like a good possibility to me, although not yet proven. Actually, it was the first thing I thought of when I saw the headline, “Air France jet disappears in Storm” or whatever, never mind when I saw what they say now, “Meteorologists said the Air France jet entered an unusual storm with 100 mph updrafts that acted as a vacuum, sucking water up from the ocean. The incredibly moist air rushed up to the plane’s high altitude, where it quickly froze where it quickly froze in minus-40 degree temperatures. The updrafts also would have created dangerous turbulence…the Airbus A330 disintegrated, either in the air or when it slammed into the ocean” from Yahoo News.

DISINTEGRATED IN THE AIR

I never heard of such a thing, did you?

This reticence reminds me of the cautious disclaimers by every scientist that Katrina could not be linked to climate change at the time, whereas recently there have been several reports that describe studies showing that Katrina was indeed a result of climate change, warmer oceans specifically.

I would not be surprised if we look back on this terrible “accident” as the harbinger of things to come, along with shipwrecks from giant waves and high winds, and of course, the pounding of the coasts.

Don’t the models predict such violent weather? Then why should we be so hesitant to make the link between violent chaotic weather and human disasters? Do we believe in the validity of the models or not?

My feeling is that, if the caliber of reporting about climate induced disasters globally is anywhere near as mendacious as the reporting of what is happening to the ecosystem where I live, then there is so much being swept under the rug that we are in deep, deep kaka.
Posted by Gail Zawacki at 9:01 PM