Dying for a long time

When I got to the cider mill I ran into farmer John, who was just about to drive up to the peaches to spray. I asked him if I could take some pictures. He obligingly said "Sure" and then I asked him how he thought the trees were doing. "Oh, they're fine," he said, and added, "There's no drought!" Which was a little odd, since I hadn't mentioned drought, and he looked vaguely anxious. Maybe because the trees are behaving as though there is? I would like to point out here that the symptoms of drought appear one to two years after the event.

"Well," I said, "I only asked because so many trees look pretty bad to me. Like that one, over the tractor." I chose that because it happened to be right in front of us. I could just as well have pointed to the one in front of the mill, or across the field, or along the road.

Right. The apple trees have strange tufts of leaves at the top which are shriveled, as are some of the baby apples. It's hard to see because yesterday was very gloomy, but the ground is covered in golf-ball sized apples. I didn't get to the peaches, because the pictures were coming out so badly anyway and I had errands to run. I'll go over on a sunny day.

Then I went to Pluckemin and photographed a maple in front of what used to be David's Country Roasters but is now for rent. Before the entire mountain was developed, it was a carriage house for the vast Schley estate, where they bred racehorses. 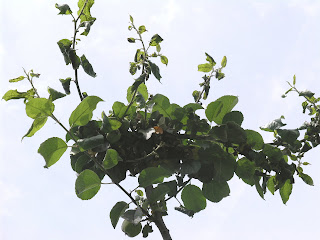 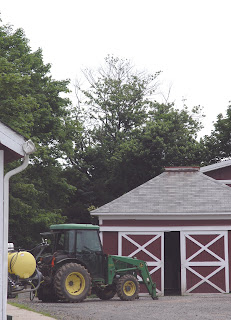 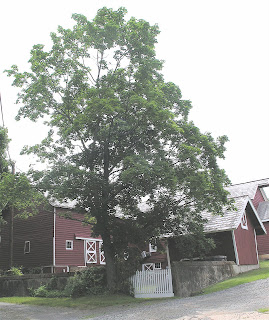 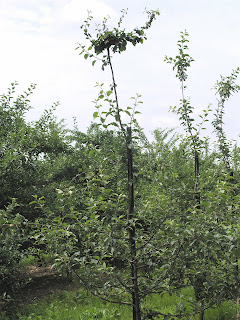 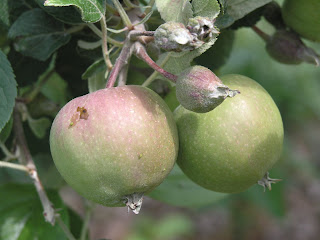 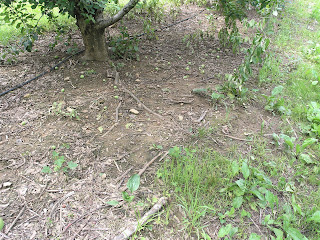 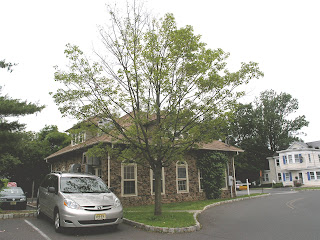 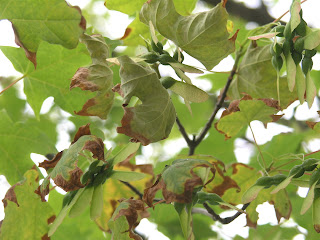