Apparently Salon has a story claiming that Sarah Palin really is the birth mother of Trig.  It's impossible that this woman gave birth to a 6 lb baby less than two weeks after this video was filmed.  Look at these screen shots! 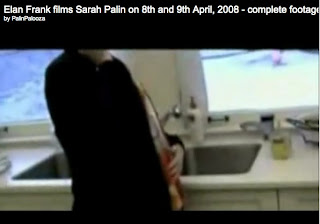 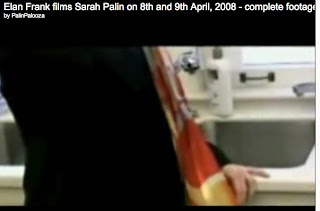 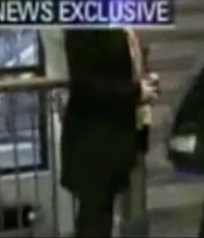 The Salon writer claims people had already suspected she was pregnant before she announced because her face was swollen.  Preposterous - look at her face in April, a month after she announced! 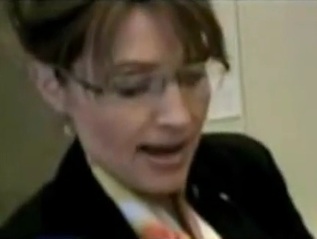 The story of the wild ride is entertaining but it's more than that:  the lack of critical thinking on the part of the media is indicative of the corruption of the third estate, which is now a wholly owned subsidiary of the corporatocracy.  This wouldn't matter except vital information is being withheld from the American people about the existential threats posed to civilization by one, a refusal to prepare for peak oil and two, pollution from dirty energy sources leading to ecosystem collapse (rising levels of CO2 leading to climate change and ocean acidification, plus ozone destroying vegetation), either one of which is sufficient to destroy civilization, let alone both.  Add to that the pillaging by the top one percent which is going to lead to complete social disruption, and we have what I've been calling the Trifucta.
Update:  I was just listening to an interview with doomer Dmitry Orlov and transcribed a bit that seems apropos.  First, I love this quote:
"...humans are panicky animals, they tend to stampede when they're frightened..."
And then, when asked why the media doesn't warn people of financial collapse the way Orlov does on his blog, he replies:
"First of all you would make people unhappy, so unhappy people pan you...you would not be popular and here in this country it's a popularity contest...secondly a lot of people whose vested interests you'd be stepping on would come after you.  So that's just not done.  You have these voices on the fringes, and I consider myself one, saying things that are true, whereas the mainstream for very good reasons, very solid, business-like reasons, are lying and that is what you would expect."
Posted by Gail Zawacki at 11:30 AM