You can click at the very bottom on "full episode" to skip the excerpt.  In an interview in China, Lester Brown is confronted with the question of who should cut carbon emissions more - China, which is surpassing the US in total emissions...or the US, which is responsible for the lion's share in the past and has much higher per capita emissions.  "As hard as I tried, I never could get the moderator to focus on what was most important...That all governments, regardless of their economic goals, need to share the burden of cutting CO2 emissions," he lamented.

Now this is why it is just so frustrating that Lester Brown and other climate activists are so averse to understanding that the strategy of emphasizing climate change from CO2, coming in the future in the form of glaciers melting that will cause water shortages decades from now, ISN'T WORKING.  The Chinese are not persuaded, or at least not sufficiently alarmed to contemplate an enormous reduction in their growth - and that is why Lester Brown should be talking as well about the very real current loss of crop yield and quality from tropospheric ozone.  He's an agronomist - you'd think he'd be familiar with how well-established the connection is!

I do agree with everything else in the film - I just think they need to include ozone with all the other analysis of climate change impacts; peak oil, food, and resources; overpopulation; species extinction and biodiversity loss.  I highly recommend taking the time to watch, even though, in the tradition of Bill McKibben and Andy Revkin, it's uncomfortably about Lester as well as the people who are going to be impacted by food shortages and the collapse of civilization.  Oh yeah, and he talks about ethanol - without ever mentioning how much more damaging the emissions are to the health of humans and vegetation than ordinary fossil fuels.  And wildfires - without mentioning the trees dying from cumulative exposure to ozone.  Posted beneath the video is a paper I just found about ozone impacts on agriculture.


Watch the full episode. See more Journey to Planet Earth.
The following excerpts are from research published in June 2005 by D.A. Grantz (Director, UC Kearney Agricultural Center, and Air Pollution Effects Specialist and Plant Physiologist, Department of Botany and Plant Sciences and the Air Pollution Research Center, UC Riverside); and A. Shrestha (Integrated Pest Management Weed Ecologist, UC Statewide IPM Program) which is titled "Ozone Reduces Crop Yields and alters competition with weeds such as yellow nutsedge."  And also here are pictures from middle daughter Dr. Sophie, who is studying in Spain...because, why not? "Many studies using diverse exposure techniques have shown that ground-level ozone air pollution reduces plant growth and yield, from negligible impacts in some species to over 30% losses in others."

"Our data suggests that crop-loss estimates obtained in single-factor experiments accurately reflect the serious risk of ozone to agriculture, but that more accurate yield predictions will require the consideration of interactions between the components of complex crop production systems, including weed competition." 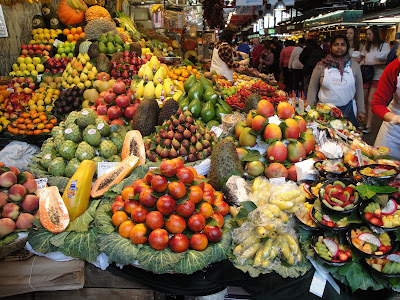 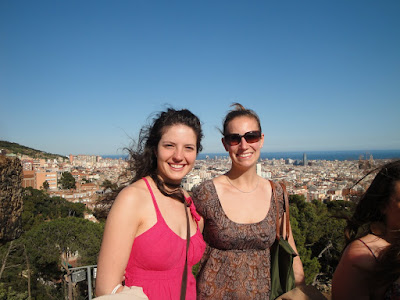 For the sake of our children who have most of their lives still ahead of them, I sure hope that people watch this compelling documentary and come to understand how dangerous and destabilizing climate change will be for the entire globe...and prepare to make drastic changes in lifestyle.  Lester Brown suggested we must reduce CO2 emissions 80% by 2020 if we are to avert catastrophic melting.
80% by 2020.
Posted by Gail Zawacki at 2:23 PM