I was reading a post at Greefyre's wonderful blog, about the fabulist denier Judith Curry, where I happened across a video linked to in comments, which is embedded below.  It's a lecture by Richard Muller, in which he attempts to use the famous divergence of tree-ring data as a proxy for temperature from real temperatures measured by actual thermometers to discredit climate scientists personally and their research in general.  (I disagree completely, but rather than get into why, I would direct you to Greenfyre's subsequent response to the video.) 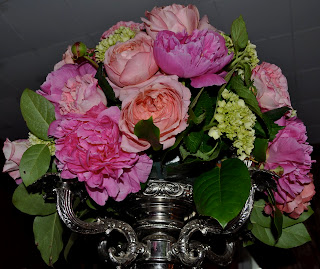 I'm busy with a wedding, okay?  I went to the florist's yesterday with first daughter for a mock-up of the tall candelabra centerpieces, and her bouquet - oh, it's going to be gorgeous! 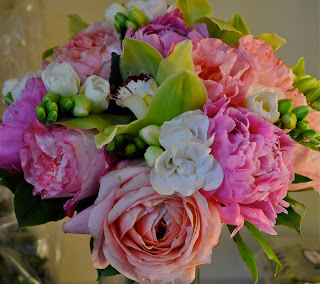 So, back to trees...Having read of the 'hide the decline" controversy, I have noted many times that the divergence is an obvious indication that tree growth is being stunted by ozone.  This, however, is the first time I have ever seen these graphs.  They represent quite stunning vindication, in my opinion.  Below is a screenshot of the familiar graph of rising temperature with the tree ring data removed - after it began to diverge decades ago. 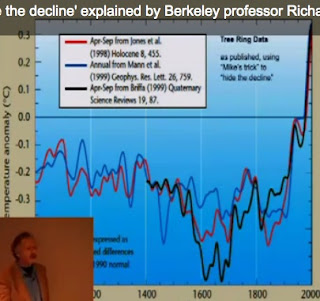 And the screenshot below shows only the tree ring data.  Just, wow.  Something caused tree growth to drastically diverge from the known temperature rise, and why scientists are so indifferent to the cause is a complete mystery to me. 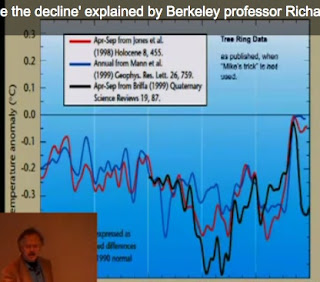 Here's the entire video, if you can stand to watch it.