Being short of time today I am reposting below an entry from last year, about Earth Day.  I also highly recommend this essay by killing Mother, which is titled Earth Day 2011 - Do One Green Thing - Saving the Earth One Plastic Bag at a Time...as well as this short video with its incredible pictures of clam shells....both of which elaborate on the same appalling fact, namely that there is so much we could do to at least slow this train wreck down...but stubbornly, selfishly, stupidly don't!

I did not realize this before, but every year the upscale supermarket King's, in Bernardsville, sponsors a competition. In honor of Earth Day, members of the local 6th grade class decorate brown paper grocery bags with pictures around a theme they select, about which they also write an essay, which is stapled to the back of the bag. There were too many entries to look at each of them, they lined the produce and dairy sections. 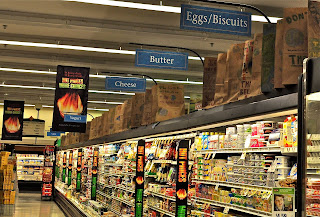 I was shocked at the gloominess of the images and essays. 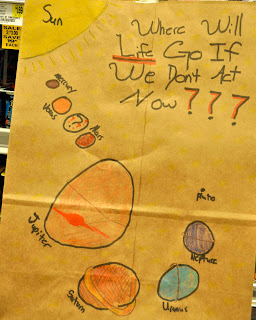 These kids seem to be even more pessimistic than me! 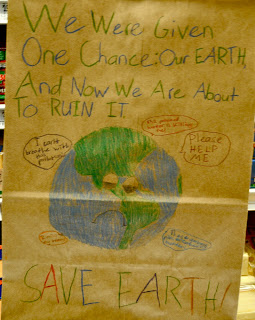 I think you can see what they say especially if you click on the photograph. 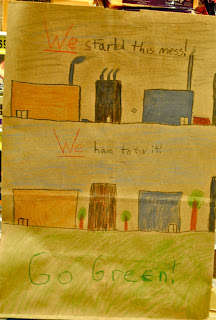 Sentiments like "We were Given One Chance: Our Earth, And Now We Are About to Ruin It" and "We started this mess, We have to fix it" seem like a terrible burden on a child, 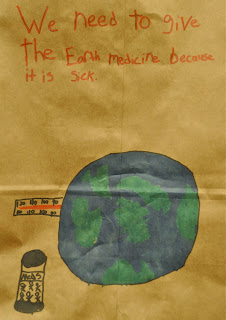 and I suspect once these kids get old enough to understand that it was not them, but rather their parents and grandparents 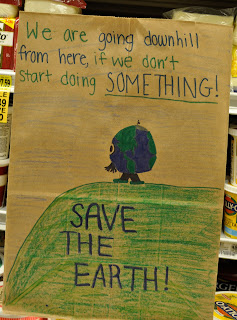 who started this mess and, for the most part, are refusing to sacrifice in the least to fix it 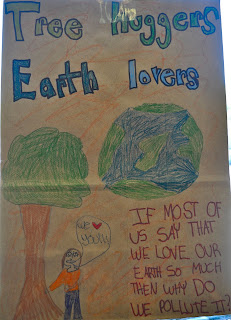 they are going to be quite justifiably furious that it is their elders who have ruined it for them. 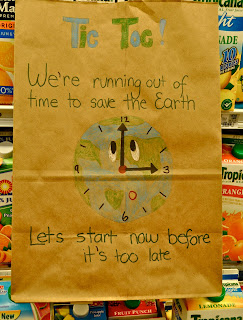 I wonder how much of this permeates discussion around the dinner table at home. 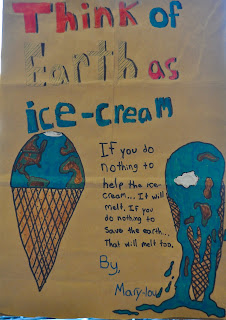 The children obviously understand how dire our predicament is. 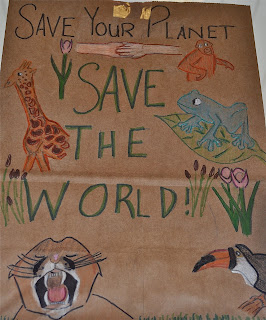 But do their parents? Maybe they don't have dinner at the table; maybe they're all watching the teevee. 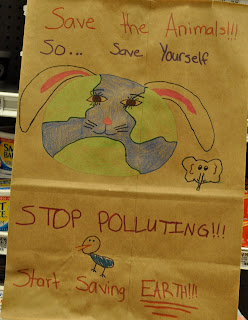 At any rate, I don't see anything like this level of engagement reflected in the adult community. 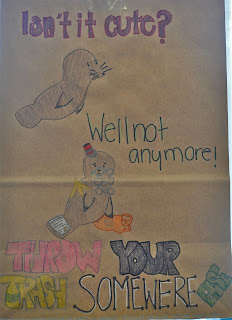 There are no seminars, book group discussions, library displays...no debate in town governments about the enormity of our collapsing ecosystem and what we should be doing about it. I wrote to every single elected official and department of my township that had anything remotely to do with parks, trees, public health etc., and received not a single reply. 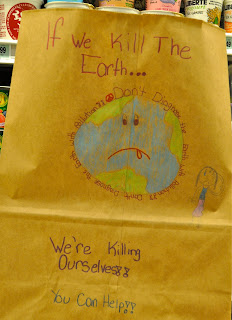 Considering the urgent need to convert to clean, renewable energy, there are almost no articles or editorials or letters in the local papers about climate change from CO2 emissions, - let alone the toxic greenhouse gases that cause ozone and kill trees. In fact, I wrote a letter to the Editor of the Bernardsville News and they refused to print it. Even more astounding, local conservation groups - URWA, NJ Conservation Society, the Willowwood Foundation, the Doris Duke Foundation - assiduously ignore and downplay the gravity of climate change impacts on the environment, even though enhancing and protecting the environment is the ostensible purpose of their existence. 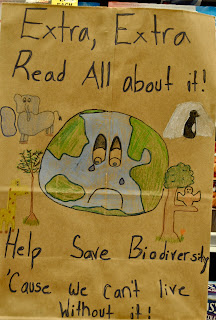 Of course this last depiction of vanishing trees had my vote. 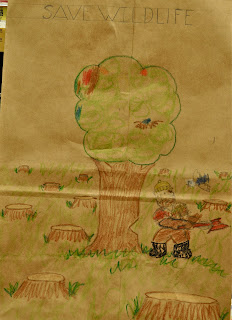 The essays were even more startling. They should be legible when enlarged and I highly recommend them. 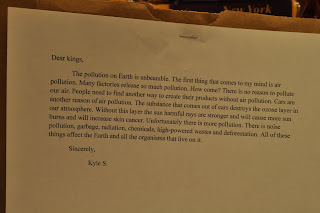 I wish I had got more, but I could only read these few that I photographed and posted here. 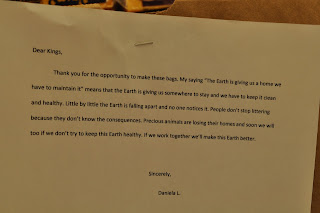 They are too bleak and plaintive...heartbreaking. 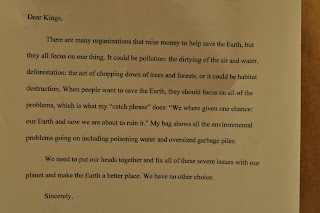 Were any of the shoppers snapping up gourmet items imported across oceans cognizant of the irony? 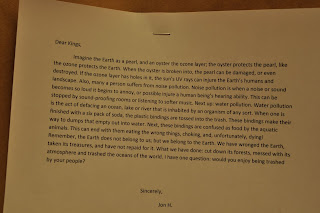