An article from the Sacramento Bee so infuriated me when I saw it at the Coming Crisis, I had to repost.  It's simply outrageous that researchers have been warning for a decade that a new generation of commonly sold rat poisons are making their way up the food chain, creating a massacre that has been ignored by the federal government regulators.  In hindsight it seems obvious that would occur, but still...people who have bought such products - people like me! - should have been clearly warned that these more potent poisons take days to kill rodents, time for them to be consumed by foxes, owls, and other predators.  Actually they should be banned, because too many people wouldn't care and would use them anyway - even though the number of animals affected is staggering.  "It is an emergency, an environmental disaster."  Following is the article, in full: 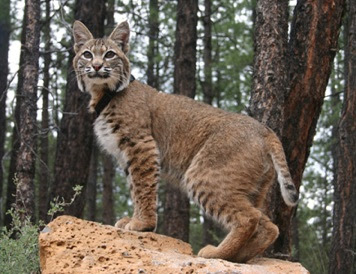 Outside Palm Desert, a young bobcat dies mysteriously at a nature preserve. South of Nevada City, a farmer finds an owl dead near his decoy shed. In San Rafael, a red-shouldered hawk bleeds heavily from its mouth and nose before succumbing at an animal care center.
Each of those incidents shares a link to a widely used toxin that is turning up at dangerous levels in wildlife across California:  rat poison.
Over the years, rat poison has spared state residents untold filth and disease. But a new generation of highly toxic, long-lasting poisons is killing not only rats, mice and ground squirrels, but whatever feeds on them, too.
As a result, toxins are rippling outward from warehouses to woodlands, from golf courses and housing complexes to marshes and nature sanctuaries. In California, the victims include bobcats, barn owls, red-tailed hawks, coyotes, kit foxes, kestrels and scores of other predators and scavengers. 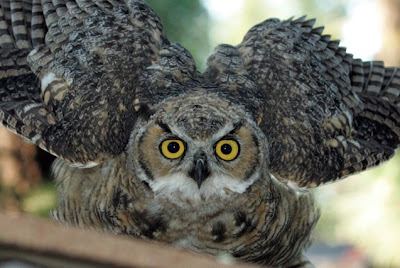 "Rodenticides are the new DDT," said Maggie Sergio, director of advocacy at WildCare, a Bay Area wildlife rehabilitation center that has responded to dozens of poisoning cases. "It is an emergency, an environmental disaster. We are killing nature's own rodent control."
Researchers say the federal government has been slow to respond to the problem, which has been building for more than a decade. This June, after years of study, regulations take effect nationwide banning the most toxic, long-lasting rat poisons from hardware stores, big box home improvement centers and other consumer outlets.
But many feel the move does not go far enough, since the poisons can be purchased from other sources.
"We've been collecting data forever," said Stella McMillin, an environmental scientist with the pesticide investigations unit of the California Department of Fish and Game. "They took 10 years after we knew it was a problem. It was absolutely too long." 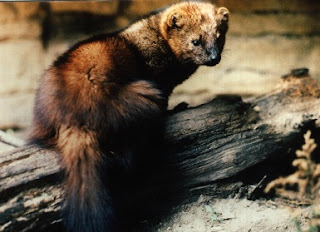 Research by McMillin and others shows that exposure to rat poison is widespread, especially in and near urban areas where pests, people and poison mix. Around Bakersfield, 79 percent of endangered San Joaquin kit foxes tested have turned up positive for rodenticide. Near Los Angeles, 90 percent of bobcats sampled had rat poison in their blood. "Basically, when we look for it, we find it," McMillin said.
The same is true all over. Seventy percent of owls sampled in western Canada had rat poison in their livers. In New York, half of 265 birds of prey tested were positive for poison. In Great Britain, one of every two barn owls tested was contaminated. 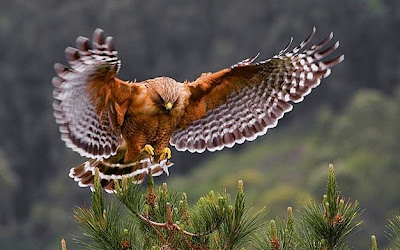 "The truth is, it's not just across the state but across the country and across the world," said Seth Riley, a wildlife ecologist with the National Park Service whose research has linked exposure to rat poison to a rare, often fatal form of mange in bobcats in Southern California.
The poison is turning up in wilder parts of California, too, alarming scientists. One such place is the central and southern Sierra Nevada, including Yosemite National Park, where it has been discovered in the livers of a rare weasel-like carnivore, the Pacific fisher.
"They are obviously getting this poison from somewhere," said Reg Barrett, professor of wildlife management at the University of California, Berkeley. "But we don't know where.
"Even if it doesn't kill animals outright, it could predispose them to predation, accidents and all kinds of things," Barrett said. "If you're running around half-gassed from poison like this, you're probably not functioning 100 percent." 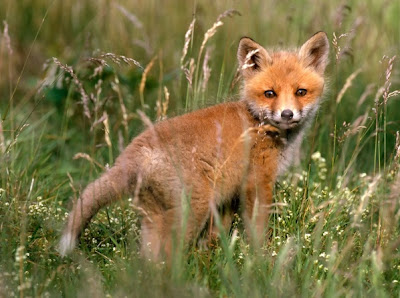 Scientists worry that exposure might impair reproduction in some species – as it did with DDT – or trigger other kinds of harm. But such research is costly and often takes years to yield results.
"There is basically no budget to do any of this," said Barrett. "It's obviously a big enough problem that somebody has got to come up with the money."
Exams:  Massive bleeding
All pesticides are potentially dangerous, of course, but rat poison is especially so because rats that eat it take days to sicken and die, making them ideal targets for predators.
"They become basically little poison pills," said Robert Hosea, an environmental scientist with the Fish and Game Department.
And once they die, their remains are toxic until they decompose. "Whatever eats them, gets it," Hosea said.
There is nothing subtle about the poison. It kills with gruesome brush strokes, robbing animals of their ability to clot blood, causing massive internal hemorrhaging. "What it does is turn your guts into soup.It's nasty stuff," said Barrett.
At a recent meeting, McMillin flashed a necropsy photo of a blood-soaked coyote across a screen. "It's hard to miss," she said. "You open it up and you have no doubt in your mind what happened."
Two tongue-twisting toxins turn up most often in wildlife: brodifacoum and bromadio-lone. On store shelves, they go by such names as D-Con, Havoc, Talon, Tomcat Ultra and Just One Bite.
Companies make the compounds super-lethal because many rats and mice have grown resistant to older poisons, such as warfarin. The new products are so toxic their use is forbidden in farm fields and restricted in and around homes, warehouses and other confined locations. 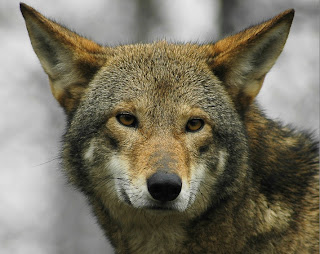 But these safeguards haven't prevented them from turning up in exceedingly wild locations, including the Sierra National Forest and Yosemite National Park, where 19 of 21 fishers sampled showed traces of rat poison - and one died from it."When I first heard about this, I thought it was a mistake," said McMillin. "Fishers live in old-growth forests. Where in the world are they getting exposed to anti-coagulants?"
The prevailing theory is it's because of marijuana farms in remote areas," she added. "In marijuana farms that are busted, there are a lot of pesticides. And obviously they are not being careful to use them legally."
The newer-generation poisons will become scarcer in June, when sales of small packets and blocks are banned. But larger bait blocks will still be available at farm stores. And licensed commercial pesticide applicators will still be able to use the stuff. 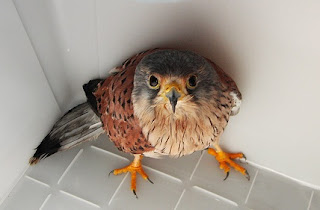 "Our hope is this will shrink the amount that is available," McMillin said. "But there is a big loophole. The homeowner who knows that the new products work a lot better can still get the products that are a problem."
Death of a bobcat kitten
Poison, of course, is not the only solution. "The biggest thing you can do to control rats and mice is, a) eliminate harborage, and b) eliminate their food supply," said Hosea. "If there is nothing for them to eat and nowhere for them to hide, they are going to be a lot more scarce."
But poison is convenient – and that's what Craig Ferrari chose when rats moved into his decoy shed outside Nevada City. Not long afterward, though, he found a dead great horned owl nearby.
"I thought to myself, I sure hope it didn't get poisoned by one of the rats," said Ferrari, a Christmas tree farmer and waterfowl enthusiast. "I'm trying to get rid of a rat, not go through the food chain."
Earlier this month, a University of California, Davis, lab tested the owl and found that it did indeed have rat poison in its liver – but not the kind Ferrari was using. McMillin, who necropsied the bird, said it likely died of starvation, not poison.
But could the rat poison have weakened it and impaired its ability to hunt? "We just don't know," she said.
Outside Palm Desert, rat poison is believed to have contributed to the death of a young bobcat at the University of California Boyd Deep Canyon Desert Research Center last year. 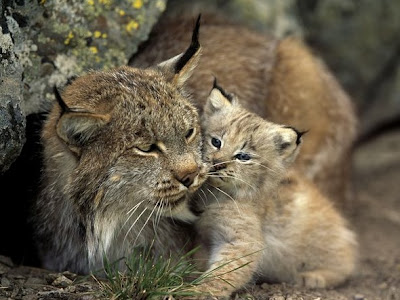 The facility's director, Allan Muth, awoke on June 28 to a startling sight outside his kitchen window: a half-grown bobcat kitten, lying on its side, breathing heavily near a water tray with an adult nearby.
"It was rather poignant," Muth said. "The adult would go over and occasionally paw the juvenile as if to get it to get up and move, and it wouldn't.
"Finally, the adult turned and walked away."
By early afternoon, the young bobcat was dead. Suspicious, Muth placed it in a freezer and later sent it to UC Davis.
Last week, it was examined byAndy Engilis Jr., curator of the school's Museum of Wildlife and Fish Biology.
"When we do a necropsy, generally the organs are intact and there is little blood," he said. "When I opened this animal up, it was engorged with blood. The only time I've seen that is with rodents exposed to anti-coagulant (poison). It was compelling."
To Engilis, the kitten's discovery near water was also significant. "Normally, when animals are subjected to anti-coagulant poisoning, they get real thirsty. They drink and drink and drink." 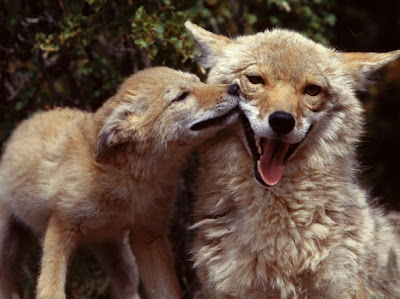