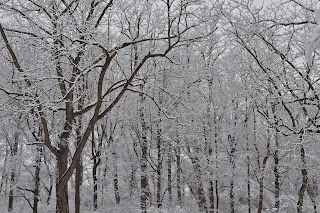 This morning when I first woke, I found outside my window yet one more late (and unwelcome!) blanket of snow.  I wondered as I often do, when I contemplate another day surviving cognitive dissonance - what distinguishes the relatively few people like me, who are acutely and painfully aware of the impossibility that human civilization can continue on a path remotely resembling the recent past - from most everybody else?  I wonder if there is any way to help ease the transition and shock for those masses who are mesmerized by the gossip about teevee stars, and their own quotidian, enveloped in their blissful, temporary, ignorance.  Most especially, I worry about saving my own children. 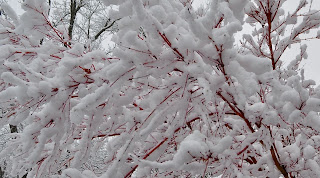 I confess, I regard the Ignorers with a mix of envy, scorn, and pity.  Some of them are oblivious, some of them are outright deniers, and then others are cognizant of the science of climate change, and the death trap of peak oil...but willfully refuse to follow the dots to the inevitable denouement.  How will they all cope with the unbearable knowledge once it becomes inescapable?  I expect that rather than admit the pivotal role humans have played in destroying our own home - the Earth - many will instead turn to fundamentalist doomsday cults...which will vary from the ludicrous to the dangerous...and others will flock to technological solutions that amount to no more than magical thinking. 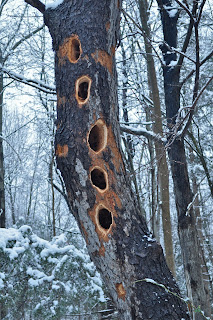 The critters that feed on insects that thrive on dead trees, and those that inhabit their decaying trunks, are enjoying a housing bubble of their own, which is rather comical, if you have a cynical bent!   I have no idea what made these holes - they are far bigger than a woodpecker would need, they are five to six inches in height.  I would love to know the inhabitants of these, sort of, woodland slums. 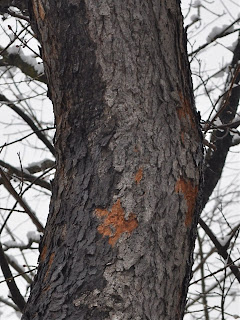 High above the tenement, the bark is falling off of its own volition as the interior rots. 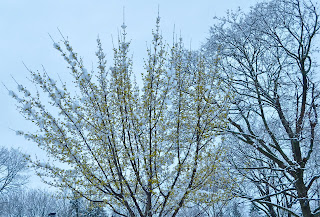 This is an early-blooming cornelian cherry.  The yellow flowers look so sweet, tufted with wet snow, but the trunk is raw from peeling bark.  It's amazing it has held on another year to flower. 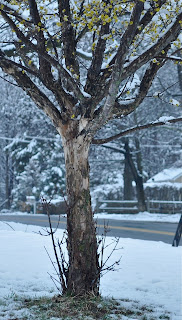 Musing along these lines this morning I was suddenly reminded of a thought I had when I was young - a teenager, I believe - following a nightmare.  Which one I can't remember but I know I thought then - what if the nightmare is the actual world, while what I believe to be the real, waking world, is only a complicated dream I have constructed to escape the horrid prison of the nightmare?
This recollection causes me to suspect I have always had a visceral predisposition towards instinctive knowledge of our doom, which explains a lot.  Oh well.

Yesterday I was once again listening to the Brian Lehrer show, which this time was about inflation and how it impacts the owners of small businesses.  Coincidentally it corroborates what I've been warning about here at Wit's End for some time - which is food shortages (plants are the base of the foodchain!)


At about 11:35 in, the owner of a granola manufacturer bemoans the high price of nuts.  Kurt in Norwalk said "I have a small natural food company...we primarily produce packaged granolas and we are such a size that when our nut prices go up - and we've seen them go up maybe 25, 30% in some cases...so we have to develop products that don't have such high costs of ingredients..."
"What's driving up the cost of nuts that much?" he was asked.
"You know what?  I...I don't know...um..it's across the board...um..."
"Where do you source your nuts from?"

"There's a supplier from Connecticut that we use, but they're actually getting it straight from the source, basically across the world depending on what type the nut is, and they're also seeing their costs go up...."

There was more conversation and plaintive perplexity about the mysterious increase in nut prices, which you can listen to if you like.  Comments on the NPR website are accompanied below by some pictures from a gallery at the Guardian, where the winner of this year's prize from the Prix Pictet competition is featured, in a series by Mitch Epstein called "American Power." 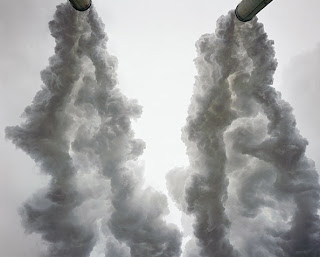 I've also revived some pertinent links to scientific research about the reduction in yield and quality of agricultural crops that result from exposure to ozone, in light of the recent spate of attention to food prices. 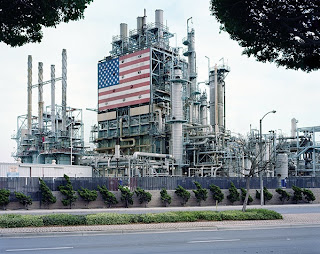 Jon in Brooklyn from brooklyn, ny
I have seen a big rise in coffee prices. Several roasters I frequent have subtly decreased the amount of coffee in a bag from 1lb. to 14 or 12 ounces, while keeping the cost of the bag the same. At other roasters I have seen as much as $4/lb increases in the last 6-8 months. 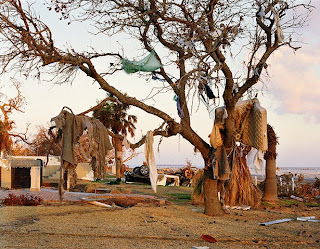 Human-Generated Ozone Will Damage Crops, Reduce Production... MIT, 2007 ...A novel MIT study concludes that increasing levels of ozone due to the growing use of fossil fuels will damage global vegetation, resulting in serious costs to the world's economy.  The analysis, reported in the November issue of Energy Policy, focused on how three environmental changes (increases in temperature, carbon dioxide and ozone) associated with human activity will affect crops, pastures and forests.  The research shows that increases in temperature and in carbon dioxide may actually benefit vegetation, especially in northern temperate regions. However, those benefits may be more than offset by the detrimental effects of increases in ozone, notably on crops. Ozone is a form of oxygen that is an atmospheric pollutant at ground level. 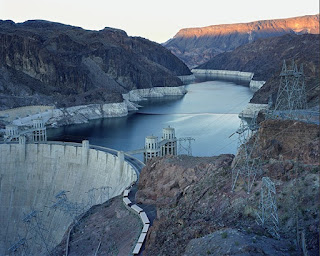 Phoebe Epstein from West Caldwell, NJ
I own a small business selling products to backyard birdwatchers. Seed is our number one item and the price of seed has climbed along with other commodities. We've raised our prices a little, but we have cut our margins since feeding backyard birds is obviously a discretionary expense. 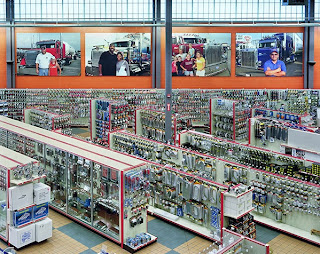 Lower Crop Yields Due to Ozone a Factor in World Food Crisis...from 2008...Heat waves, droughts and fuel prices are just a few reasons for the current global food crisis that is making headlines around the world. Research by William Manning of the University of Massachusetts Amherst indicates that rising background levels of ozone in the atmosphere are a likely contributor to the problem, lowering the yield of important food crops, such as wheat and soybeans...“Plants are much more sensitive to ozone than people, and a slight increase in exposure can have a large impact on their productivity,” says Manning, a professor of plant, soil and insect sciences. “The new ozone standard set by the U.S. EPA in March 2008 is based on protecting human health, and may not be strict enough to protect plants.” 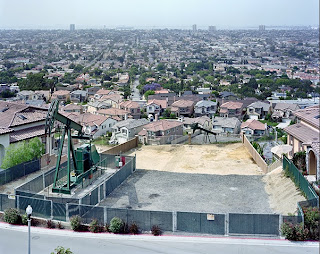 Rising Surface Ozone Reduces Plant Growth and Adds to Global Warming...Scientists from three leading UK research institutes have just released new findings that could have major implications for food production and global warming in the 21st century...Experts from the Met Office, the University of Exeter and the Centre for Ecology & Hydrology, have found that projections of increasing ozone near the Earth's surface could lead to significant reductions in regional plant production and crop yields. Surface ozone also damages plants, affecting their ability to soak up carbon dioxide from the atmosphere and accelerating global warming. 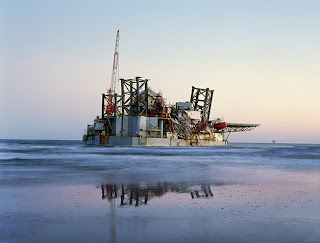 Another point regarding food costs... Not only have prices been rising, but quality is falling. All of my previously reliable sources of produce have been increasingly offering damaged and rotting food. 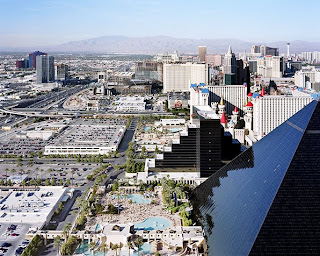 Nitrogen in the Earth System, from UCAR:


Human activities and the nitrogen cycle

Human activities cause increased nitrogen deposition in a variety of ways, including 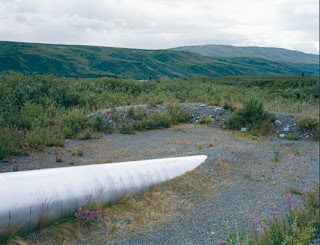 The consequences of human-caused nitrogen deposition are profound and influence many aspects of the Earth system, including 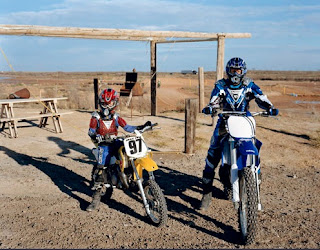 Last but not least, my favorite shot from this series, of trees in West Virginia.  This is from 2004, but it makes sense that tree decline would have been accelerated there in the shadow of the coal plant.  And just look at the lichen on the dead tree in the center! 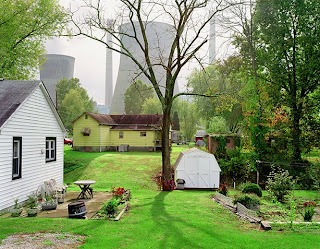