I have been opposed to nuclear power of any sort, at least as it currently has been designed and constructed, ever since the incident at Three Mile Island way back in 1979.  I was pregnant with my first daughter when it occurred, and was horrified listening to the events as they unfolded minute by minute over the radio.  Even though I was in California at the time, being an East Coast native, I was aghast at the grotesque hubris that incident made evident - and that was years before the meltdown at Chernobyl.  The TMI episode was one of the primary reasons I became an activist fighting against Reagan's insane Star Wars plan...and all the other right-wing plots to unrelentingly exploit the Earth heedless to consequences... And now JUST LOOK! 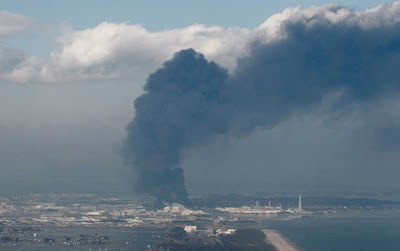 Following are some pictures from Chernobyl today, all credits can be found here. 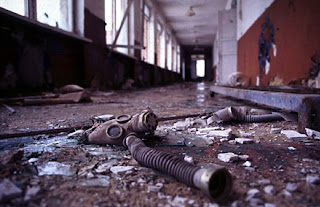 These are photos of abandoned schools, hospitals, and an amusement park. 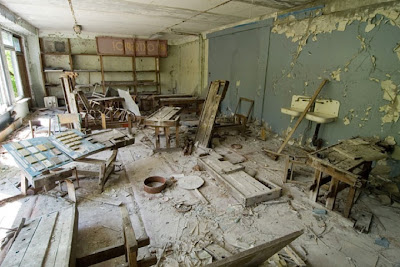 There are some very frightening accounts of the real toll in deaths from radiation, claiming the numbers have been grossly underestimated by official sources. 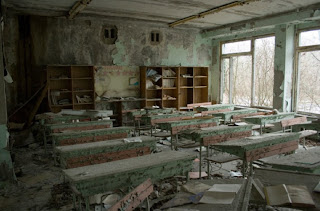 In any event, the shattered lives and lost homes are NOT WORTH IT. 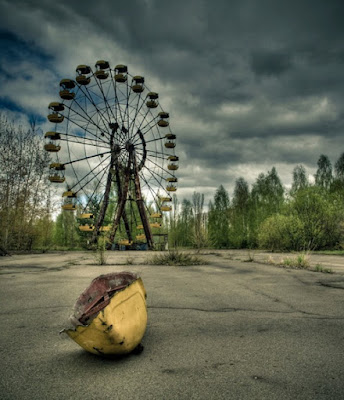 Nobody can predict how much worse it will get in Japan. 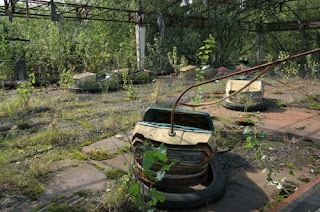 And we may never know what role, if any, the melting ice from climate change is leading to more frequent and violent seismic events. 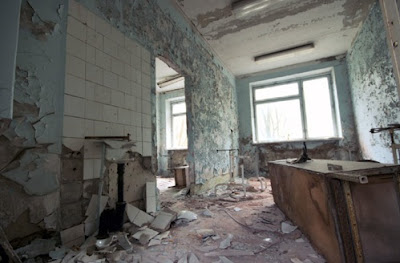 As ecosystems like coral reefs and forests collapse, and wild unpredictable weather strikes with epic power, it is impossible to prepare. 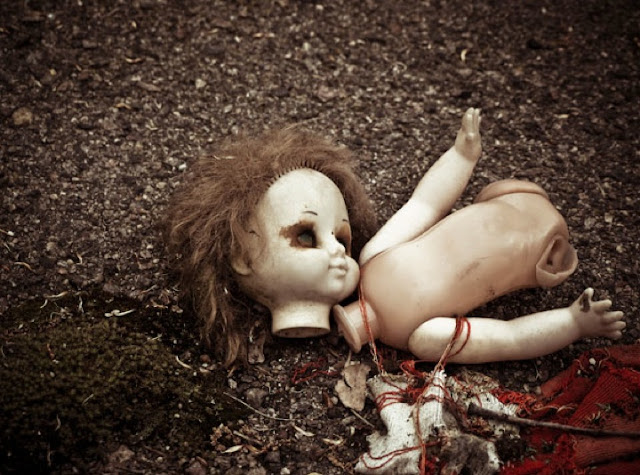 We have attacked and abused Mother Nature, and she is taking her revenge. 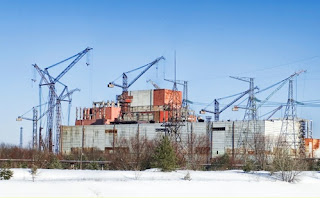 Left in mid-construction are the beginnings of two more reactors nearby.  How stupid can we be??

Uploaded with ImageShack.us
Posted by Gail Zawacki at 8:40 AM