A 17 year old New Jersey Bergen Community College student, Mariel Moshiri, was arrested in Zuccotti Park yesterday at the ongoing Occupy Wall Street protest in Manhattan.  Her mother, Nicole Busch, has been unable to speak to her since the police took her into custody.  It is believed that she appears in the video embedded below, at 4 minutes in. 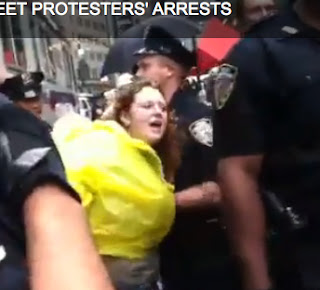 According to Lt. Speechley of the NYPD, the record indicates that she was charged for being disorderly, refusing to move, and resisting arrest.  He said that ordinarily prisoners would only go to a hospital in the event they were determined to be emotionally disturbed or injured.

In a phone conversation, Mrs. Busch said in spite of denials that Mariel is in custody and lies indicating she would be released yesterday, she has new information that her daughter was brought to Bellevue Hospital and handcuffed to a chair for 11 hours overnight; was then transferred to the 20th precinct at 6:30 this morning; and will be brought back to the 1st precinct for arraignment between noon and 1 pm this afternoon.  In addition to the rather obvious concern any mother would have in such circumstances, she added that Mariel suffers from severe Fibromyalgia.

Lt. Speechley said that after her arrest, Mariel would have been turned over to the Corrections Department, but the number he gave for them is constantly busy.  As I get further information I will update this post. [Update:  I tried a different number - for the press - and spoke to Sharman Stein.  She says the Department of Corrections has no record for Mariel Moshiri.]  Heh, if I just disappear, you'll know why: 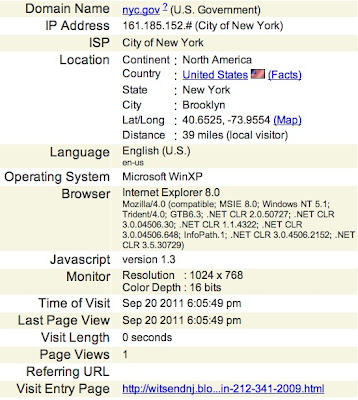