This is an excellent video to show anyone who claims that the weather extremes breaking records around the world aren't attributable to climate change. 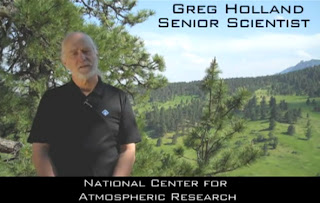 Of course, the two scientists that are speaking outdoors appear oblivious to the backdrop of trees drying from tropospheric ozone behind them! 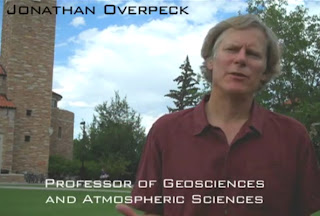 The Guardian has several articles and photographs of ancient trees in the UK. 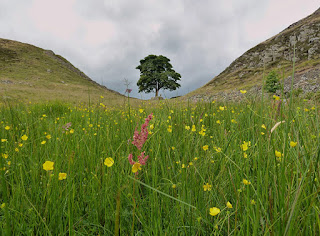 Following are excerpts and pictures from their flickr account...so next time someone tries to tell you trees are dying because they are old, don't believe them unless the trees are well over 100 years! 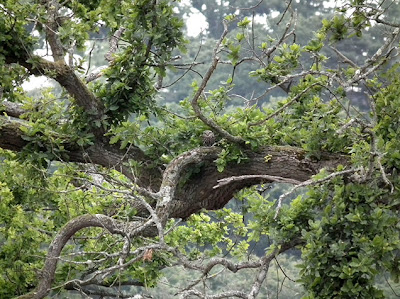 There is a tiny owl on this branch. 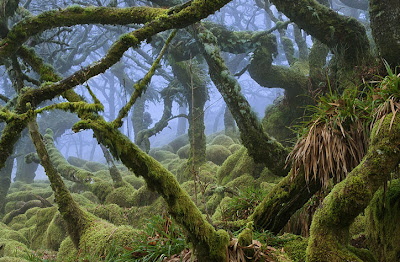 A tree is defined as ancient if it is unusually old for its species. It is said that an oak spends 300 years growing, 300 years living and 300 years dying. 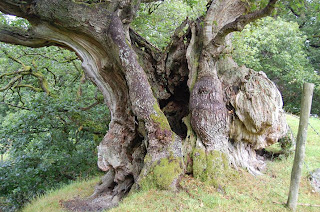 Such a long-lived species would have to be 600 years old to be classified as ancient. 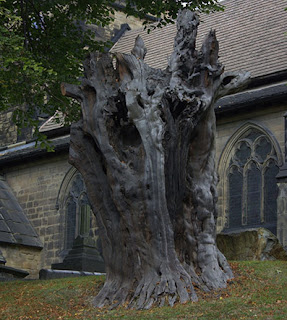 Beeches are prone to fungal attack and are less long-lived: an ancient beech is anything over 300 years old. Birch trees have even shorter lives; one that has lived for two centuries is very old. 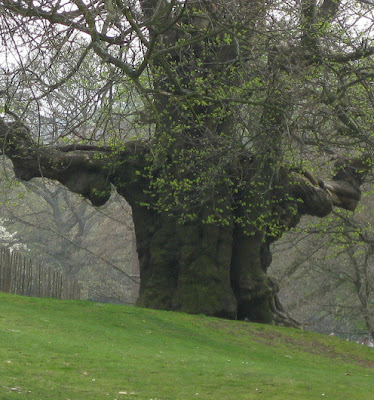 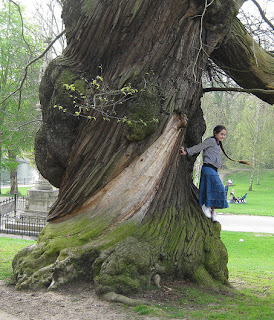 When they become ancient, trees such as oaks and sweet chestnuts "grow down", dying at the top and forming a new crown of leaves below so the tree shrinks and hunches like a very old man. 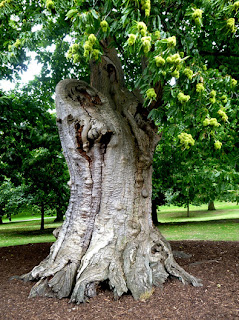 Ancient trees also hollow out: fungi feed on the deadwood in the heart of the tree and invertebrates such as rare beetles move into the hollows, followed by birds and bats. 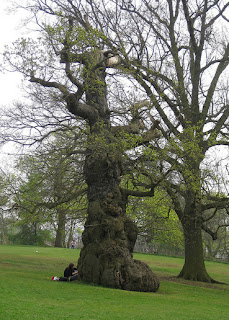 Three-quarters of our 17 species of bat are known to roost in trees. Some plant species can only survive on ancient trees: over time, the pH of bark changes and certain rare lichens only grow on ancient bark. 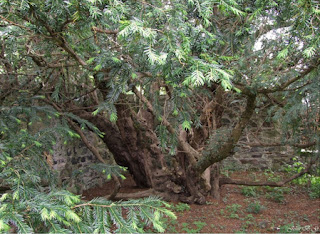 Fidh-nemedh "Sacred Tree"
This is the Fortingall Yew it is estimated to be between 2000-5000 years old , making it the oldest tree in Europe
In A.D.825 ancient manuscipt the Chronicum Scottorum, it is written that at a place called Magh-Bhile or ‘Field of the Ancient Tree, an ancient yew existed on this site. This site was regarded as ‘Fidh-nemedh’ or ‘sacred tree'
Information gathered from A LIVING LEGEND by Allen Meredith 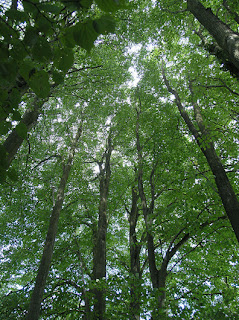 This ring of Lime trees are all linked by one large root stool that regenerates and spreads out from the site of the original tree. It has probably taken well over a thousand years to get to this size. Hockering wood is open to the public to walk in.
Posted by Gail Zawacki at 6:03 PM