Anyone who isn't entranced into a stupor by the Bread and Circus so ingeniously engineered by the corporatocracy must at least suspect that mainstream media - the newspapers, magazines and teevee - are nothing but propaganda.  That explains why none of them are telling the American public about the protest in New York against the banksters who have plundered our country.  Instead they are covering their collective eyes and ears and screaming Lalalalalalalalala!  Bravo then, to Keith Olbermann!

In the spirit of fun, let's not forget that a prime example of censorship of the news is the untold story of Sarah Palin's blatantly fake pregnancy, an insane deception abetted by the media, whose masters don't want American voters to know that idiots chose her to be the vice-presidential candidate for one of our major political parties.  For those paying attention to the grotesquely obvious lies she told back then, it's been a source of much amusement.  Now, finally, some authors who are willing to take the inevitable insults have taken on this monumentally mendacious episode - and now one has even exposed it on The View! 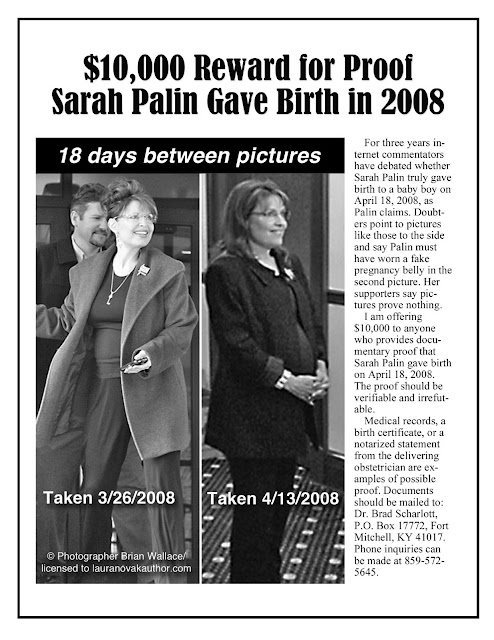 Update!  After some searching, Stephen Colbert finds a nihilistic performance artist at Occupy Wall Street!
Posted by Gail Zawacki at 8:21 AM