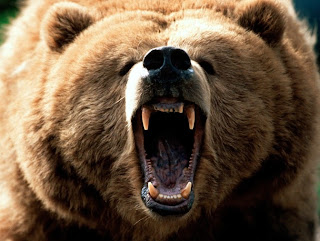 According to this article in the HuffPo, grizzlies are hungry.

"Yellowstone's grizzlies are going to be particularly hungry this fall, and that means more dangerous meetings with humans in a year that is already the area's deadliest on record.
Yellowstone's grizzlies were recently ordered back onto the threatened species list by a federal judge who cited in part a decline in whitebark pine.

Beetles, apparently surviving winters in larger numbers due to less frequently freezing temperatures, have decimated vast stands of the high-altitude trees. In some areas studied by researchers, more than 70 percent of trees have been killed."

But, the US Forest Service says:

"Possible impacts of ozone on forest species include ...increased susceptibility to insects and disease."

"Government scientists said the two fatal maulings came too early in the year for whitebark pine to have played a role." 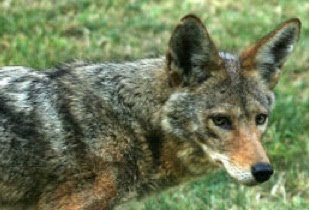 This fits right in with overall ecosystem collapse. In June, coyotes were reportedly attacking children, which is very unusual behavior. Authorities said there was "no indication the animals were rabid and no explanation for the recent attacks." 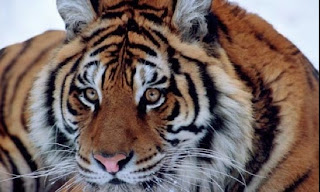 Tigers also have been attacking people, and the ridiculous reason postulated is a "mysterious" disease that impairs their ability to hunt wild prey. It doesn't seem to have occurred to any of those researchers that there is a lack of wild prey! There are pictures of them and their habitat on this post. 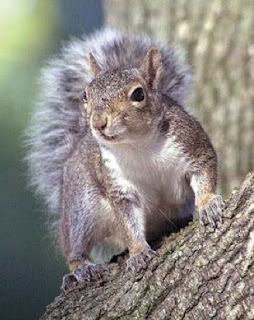 And what has happened to the wild prey? Those little, plant eating creatures that the top predators need for food? Like squirrels? Well, they can't find food either, because plants and trees that produce the bottom of the food chain are dying from ozone exposure. According to this survey of "mast," there are fewer and smaller nuts, berries, grains and fruits. I might add that exposure to ozone reduces not just the size and number of plants and their products, but also the levels of nutrients. 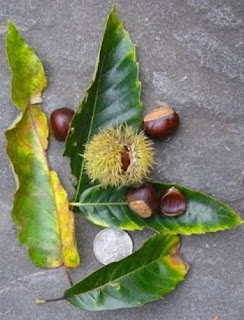 I took this photograph of miniature chestnuts last September. According to the US Forest Service, that's what ozone does: 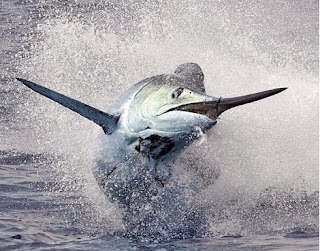 Like this furious marlin that attacked a sport fishing boat in a tournament in Hawaii, the animals with whom we share the planet are losing patience with us.