Disasters Near and Far

These photographs are of a flood that killed people in France, following fatal floods in Poland, the UK, Arkansas, Tennessee, Central America, China...there have been too many to count recently! It is well-established that a warmer atmosphere holds more water vapor, contributing to heavier precipitation. One of these days I guess people will make that essential link. 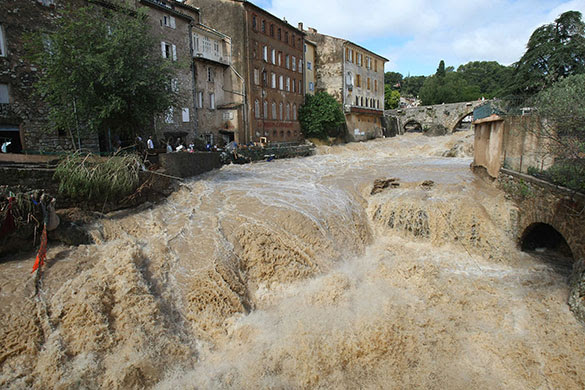 Sudden Oak Death has spread to south Wales, according to this article found at Apocadocs.
Why the Forestry Commission insists on calling it Oak death when it also infects rhododendrons, viburnum, bilberries, and various conifers...well...didn't they get the memo that exposure to invisible but lethally toxic ozone ushers in secondary fungi, disease, and insect attacks? I guess not. That would require addressing the little problem of greenhouse gas emissions from burning fuel for energy. 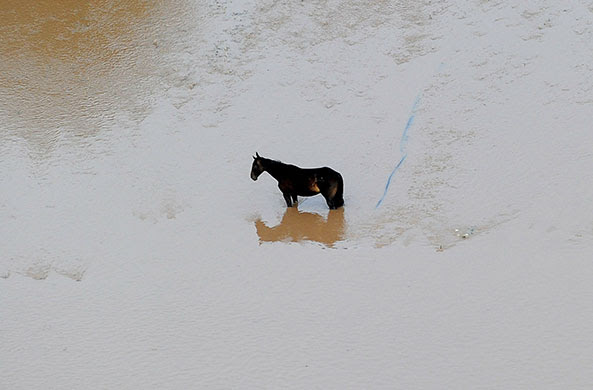 The New Jersey Pine Barrens is apparently a tinderbox according to this article. 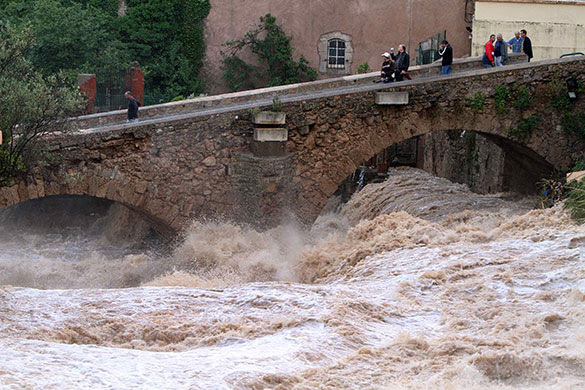 According to this study, the Earth will be experiencing violent, extreme, unprecedented weather events for the foreseeable future even IF we reduce or eliminate greenhouse gas emissions. That doesn't imply we shouldn't ration gasoline and oil, and conserve by using only absolutely essential energy, and switch to clean sources on an emergency basis. The only right response to these proliferating disasters is to make an effort, globally, to prepare and respond to the victims of climate change.
Posted by Gail Zawacki at 11:12 PM