Something is causing flowers to become miniature! This gives new meaning to the phrase "shrinking violet." These pansies were ordinary a month ago when planted - 1.5 to 2 inches or so across. 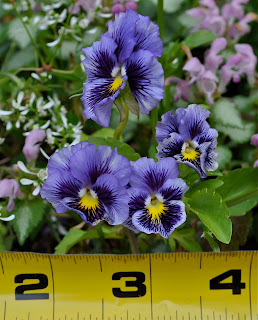 Something is causing damage to the stomata of leaves, so that they are stippled. 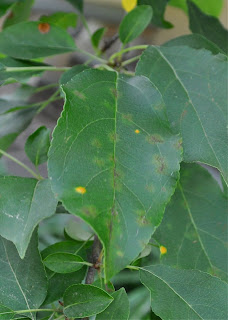 Something is causing foliage to singe and burn. 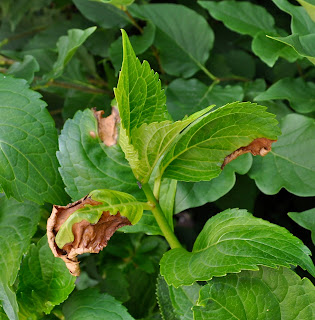 Something is causing trees to produce more seeds than leaves. 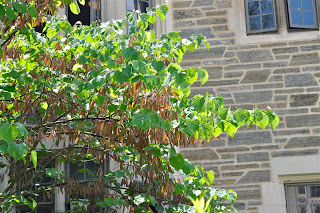 They are putting all their energy into reproduction, because something is killing them. 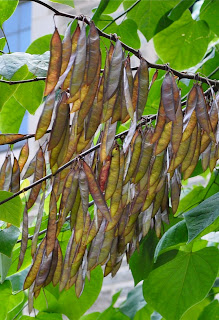 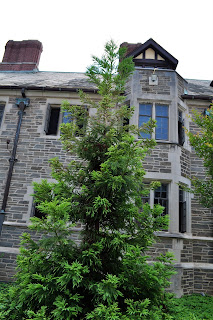 A cryptomeria is forming cones in ridiculous proportion. 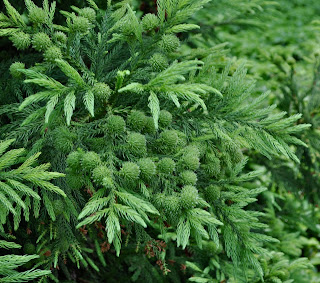 Mature maples like this have holes and stains on their trunks from bleeding sap. 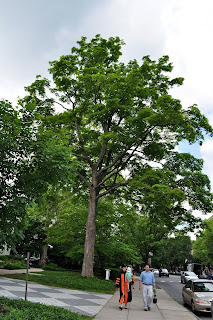 More heating means higher levels of ozone, according to this research from Mark Jacobson at Stanford. 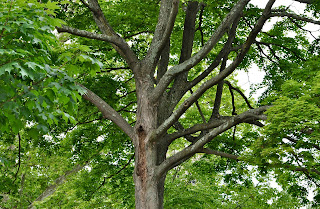 "Jacobson found that domes of increased carbon dioxide concentrations – discovered to form above cities more than a decade ago – cause local temperature increases that in turn increase the amounts of local air pollutants, raising concentrations of health-damaging ground-level ozone, as well as particles in urban air."

So that means that as temperatures increase, the ozone gets worse, and damages vegetation more. And it is surely warmer now than it used to be. Lettuce, spinach, and cilantro all bolted a week or more ago. This is the view of the Princeton commencement on Tuesday June 1. 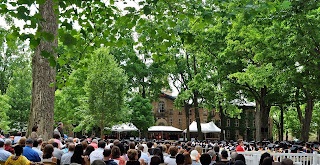 These famous trees in front of the colonial-era Alumni House are known as the Stamp Act Sycamores, because they were planted at the same time. 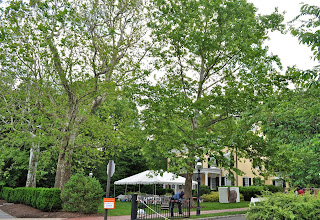 Their leaves are now riddled with holes. 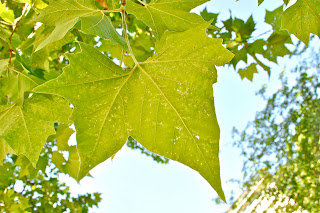 And they are shriveling up, turning brown, and falling off. 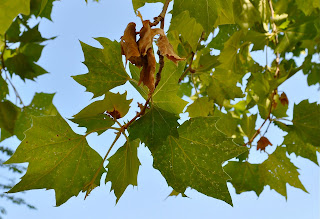 The young ladies marched in to the ceremony through the wrought iron gates on Nassau Street. 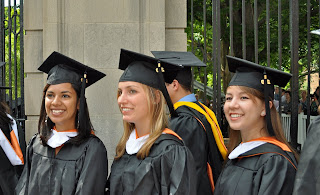 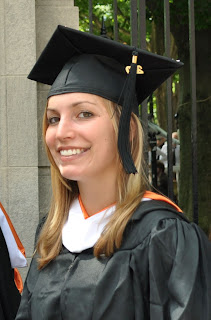 This music was written in the times of the Tudors, before anyone was burning fossil fuels. 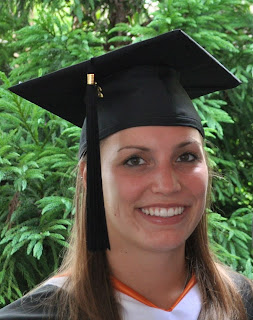 Surely life then was rich and complex and meaningful to produce such ethereal beauty. Here is a snippet from new recordings of the composer, CPE Bach.

It's really a shame that we had to go and ruin the very system of life that provides us with essential sustenance. 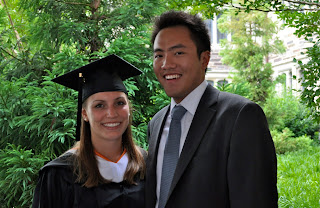 I fear this might be the last time I will get a picture of my three daughters together - certainly, still stubbornly convinced life will go on as it has all their lives. 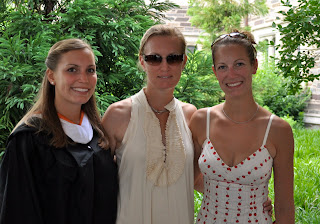 I am really afraid I will never see youngest daughter again at all, who leaves Tuesday for a master's program at UC Santa Cruz to study sea otters. 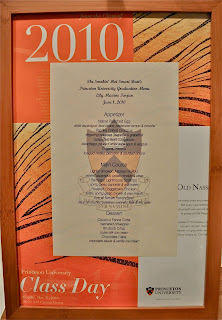 I made this collage of her graduation programs and our dinner at Ninety Acres. 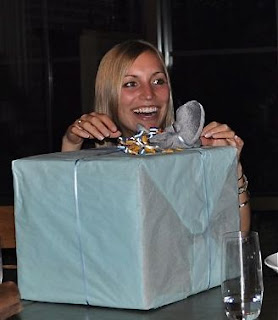 Here is the menu! 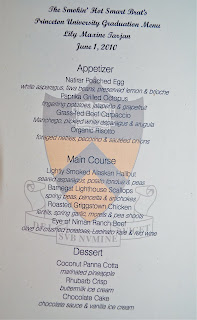 I can foresee multiple crises overwhelming society, very soon. The Gulf spill is just the beginning, and it will be followed by cascading disasters - violent hurricanes and floods, which we've already seen - but worse...increased seismic activity...conflict over scarce water...drought and crop failure...spikes in the price of oil and gasoline...social unrest...government bankruptcies (who is going to pay the guards who supervise the largest prison population in the world?)...and of course, panic when people finally notice that the trees are dying and the ecosystem is collapsing, and it's too late to do much about it. 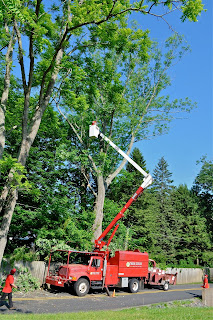 Yesterday I passed this truck dismembering a dying ash tree. I just love the logo! "When nature needs help..." 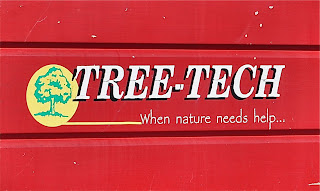 Guess what? If it wasn't for us, nature wouldn't need any fucking help!
Posted by Gail Zawacki at 6:29 PM