Yes, time for holiday displays, for wreathes and ribbons, for table arrangements celebrating an abundance of nature's bounty, and fresh greenery brought indoors for the fireplace mantle. An elegant contrast to the lacy textures of coniferous needles are the leaves of Southern Magnolia. They are wide and smooth, a glossy deep green, with a magnificent fuzzy underside of a rich auburn color. These leaves were stored, accidentally left over, in a jumble of dried and artificial fruit decorations from last year, and they still look pretty good today - paler, and the veins stand out a bit, but considering they date from 2008, not badly preserved. 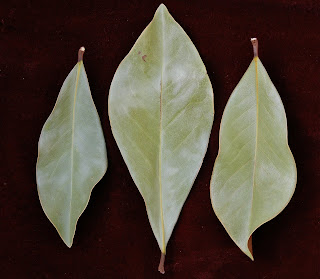 They were put up before Thanksgiving last year, and served through Christmas in much the same condition. This year, compare the difference. The leaves below also were purchased just before Thanksgiving - but within days revealed this mottled damage, and became hard and brittle. 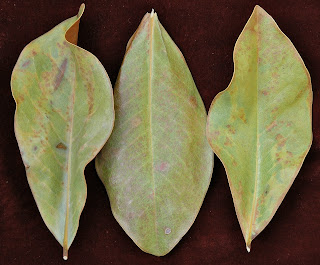 There remain few that are flat enough to photograph the top surface - most of them are curled up, resembling large mahogany colored cinnamon sticks. Below are a couple other holdouts from 2008. 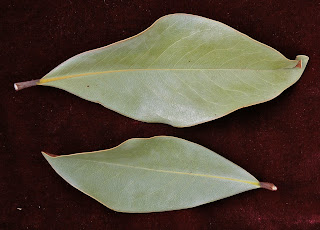 And a trio from the current crop. 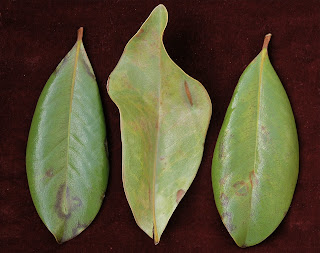 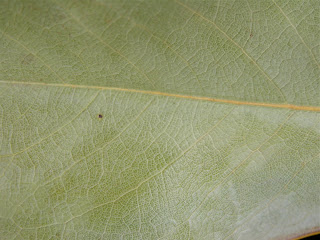 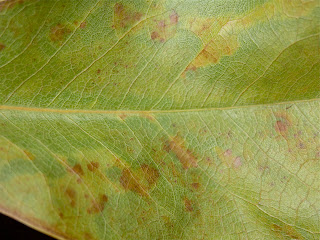 Obviously, the difference could just be anecdotal and attributable to other factors, relating to weather, insects, or disease. And that's just what every professional forester will tell you! 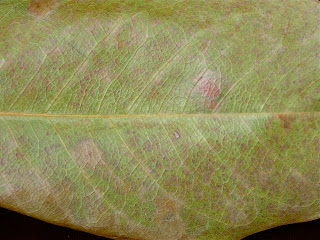 But remember - presuming it's true that some toxin in the atmosphere is suddenly and universally poisoning vegetation, exactly this divergence in foliar condition would be expected. The visible symptoms of damaged stomata precisely match the prediction of a greenhouse gas influence. 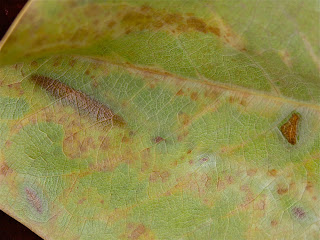 Coincidence? I think not! Oh, and all the needles are spilling off the roping, with weeks still to go to Santa's visit. It will be interesting to observe how many consumers start complaining when their Christmas trees are naked of needles even before the presents are opened. You read it here first!
This is a photo of the troposphere that I saw, and liked, so here it is.