What is the relevance of this?? Well, I started out looking for a link to the famous Gilbert & Sullivan number...
but instead found this clip, which so much more precisely epitomizes the astonishment and incredulity that I felt when I discovered this absurdly incongruous flower outside the chicken coop this morning, after a snowy night - so here is the youtube, for amusement! 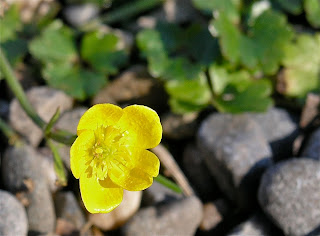 I mean, it is December. Anyway, I stopped by the famous Magic Shop, and had to think about this maple there. How quickly can such rot occur? Have things been decaying for far longer than I suspected? Is there something new-ish going on in the atmosphere, or have we just suddenly and recently surpassed a tipping point, long in the making...or both? 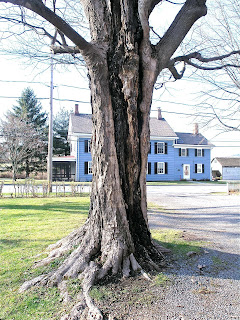 After that, I stopped to check out my favorite tree for over 30 years, the gracious and noble copper beech. I was simply horrified to see the trunk. 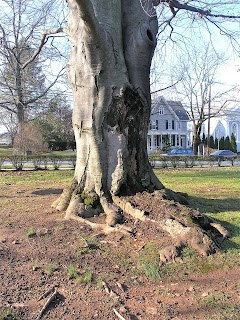 That gaping hole is home to this festering obscure fungus. 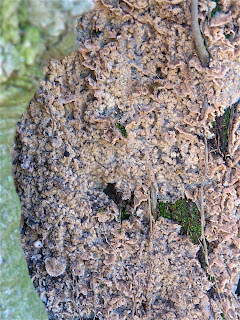 Last summer, the crown was worrisomely thin, but I don't recall seeing any such extreme damage or I think, I would have taken a picture. I love beech trunks, and their thick gnarled roots, that look like the sturdy grey wrinkled legs of elephants. 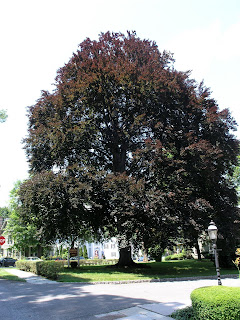 It was disconcerting that the leaves were being consumed by aphids, insects that thrive in polluted air. 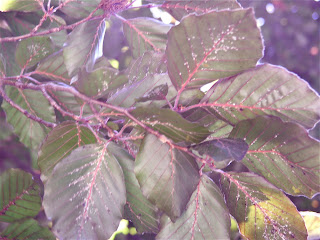 Today, it appeared to be weeping. I have speculated before that it's so warm the trees and perennial shrubs don't go dormant, and so when we get a cold snap, like last night, the sap freezes and then expands, cracking bark and oozing out from any breaks. 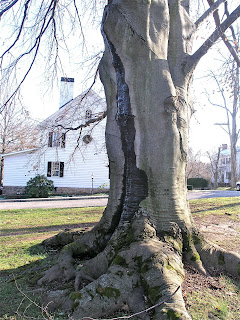 I don't know if that is true and I don't have the capacity to prove anything. All I can say is, things are not right in my beloved little village. Most recently, I have seen more bare earth, muddy spots in lawns, empty banks...and look how bereft of any life it is beneath the beech. Nature abhors a vacuum! So why is so much of the surface occupied by nothing? 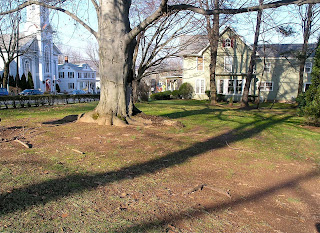 I've been slogging through another lengthy survey report on research about effects of biofuel emissions. I realize I'm missing a lot because I'm just not well versed in chemistry. But even so, I have to say the take away message is, as usual, we don't know enough, more study is needed! Here's a link to the pdf for anyone who wants to torture themselves - and if you glean anything more useful than I have, please enlighten me.
Posted by Gail Zawacki at 6:44 PM