Here is an article about Shell adding nitrogen to their gasoline. Can this possibly be a good idea? Does anybody ever test emissions to see what impacts they have on plants and people? Of course not - why bother! We already know they're bad!
In an evaluation reported here, a team of scientists explain that humans put nitrogen into the environment and it winds up being absorbed by the oceans, which then emit it to the atmosphere as nitrous oxide. The numbers are staggering: "about 54 million tons of nitrogen produced from human activities entered the ocean from the atmosphere in the year 2000. The team also found that the current nitrogen emissions are about 10 times what they were in 1860..."
According to Dr. James Galloway in this article, "We are accumulating reactive nitrogen in the environment at alarming rates, and this may prove to be as serious as putting carbon dioxide in the atmosphere."
I would really like to know what other additives are in gasoline besides ethanol, and now nitrogen. The nitrogen interests me especially because of the crazy lichen explosion that exactly mirrors the decay of tree branches, and lichens gobble up nitrous oxide. 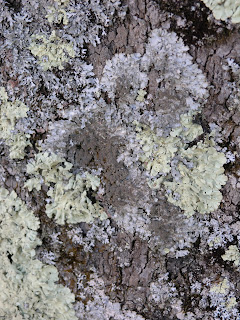 I can't tell if this black growth is the same lichen, only dead, or a totally different species. 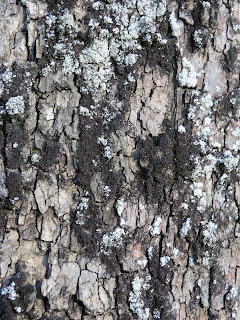 This tree stopped me in my tracks. I've mentioned before that trees seem to be weeping, especially after a hard frost, but this is more like bleeding. I've thought perhaps the sap doesn't go dormant, and then expands when it freezes. 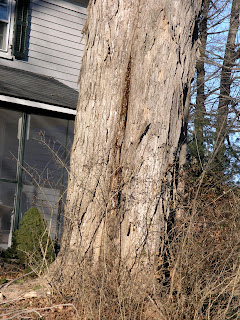 Two days ago the high temperature was 53 degrees. Yesterday, when I took these pictures, it was 24. 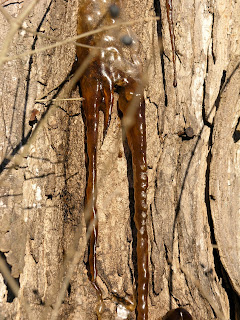 Then again, today I read reports of trees "bleeding" in southern California where it never freezes. I will have to look into that. Meanwhile, if this doesn't look awful, I don't know what would. 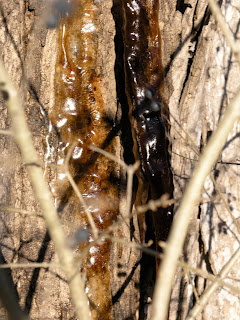