In this article from Stanford University News (via DesdemonaDespair), it would appear that more warming leads to more ozone:

"Jacobson found that domes of increased carbon dioxide concentrations – discovered to form above cities more than a decade ago – cause local temperature increases that in turn increase the amounts of local air pollutants, raising concentrations of health-damaging ground-level ozone as well as particles in urban air."

So, maybe just the increased warming everywhere has led to higher ozone, and that is the cause of such a sudden and rapid decline in trees. Who knows?

Many thanks to RPauli for this awesome and humbling collection of photographs of the world's oldest trees! 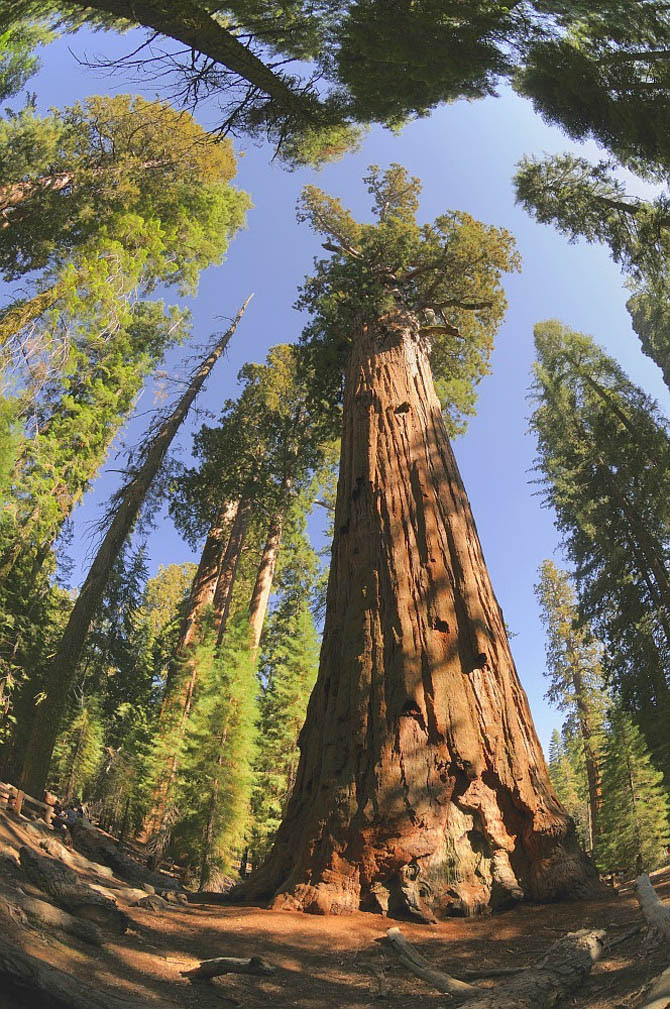 Unfortunately the tree on the left is rather dead and the rest look quite thin.
Posted by Gail Zawacki at 11:01 AM