Message In a Bottle

Yesterday under a gloomy sky I came upon this orchard. 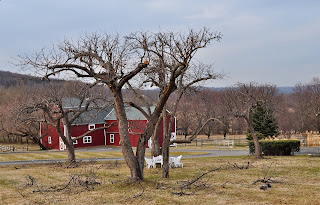 There was evidence of recent pruning. 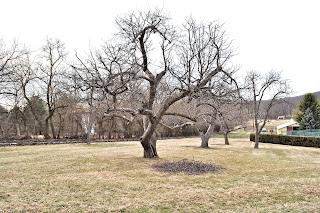 This orchard is a mix of old trees and younger replacements. 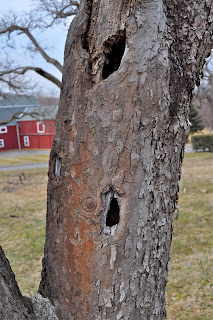 Every sign of decline is present in every single specimen no matter the age. 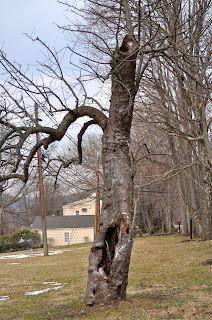 Whoever is pruning these trees is in complete denial as to how damaged they are, 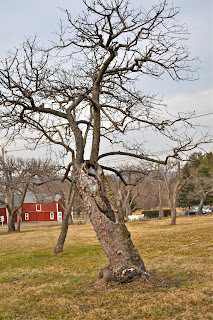 and clearly has no inkling that underlying the decline is exposure to atmospheric toxins that no amount of pruning will fix. 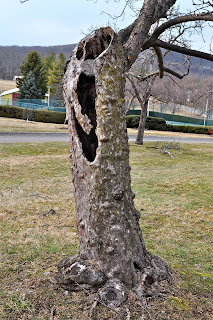 Each tree has holes and is losing bark. To complete the BALDing (Bark Atrophy Lichen Decline) there is this interesting red growth that I have noticed only recently. 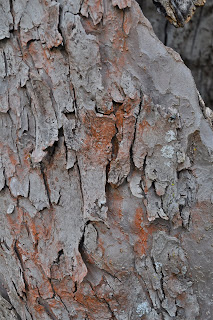 Here is an example of a very young tree that is dying. 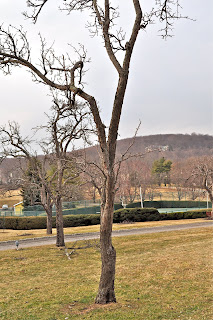 Fruit trees seem to have a very extreme reaction to our poisonous atmosphere, and I have read in several places that some species are more susceptible to ozone damage than others. This however misses the essential point, which is that at this time, whatever it is that is affecting vegetation is killing it all, just some faster than others. 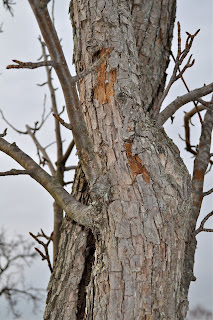 If you tossed a bunch of people into the middle of the ocean, they would surely all drown, but not at the same exact moment. And then, as the scientist at FACE said, when ozone weakens the trees, next the sharks smell blood and move in...insects, disease, and fungus. These are what most people blame for trees dying prematurely. 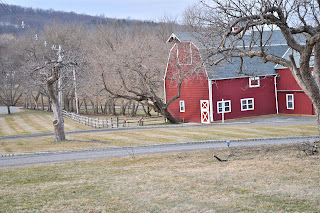 The tree next to the barn is listing, as roots are rotting. 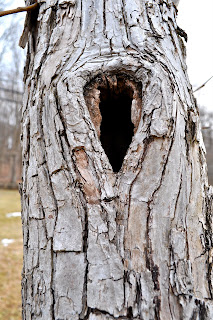 Even along the hedgerow, trees are keeling over. 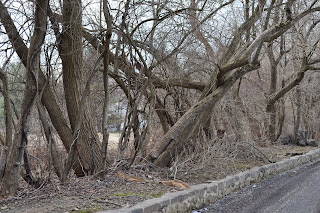 From the entrance of the drive into this farm, in every direction, all you can see are BALDing trees with holes, 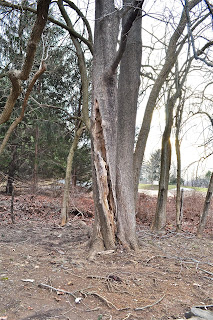 split trunks, and lost branches. They stand on bare earth. 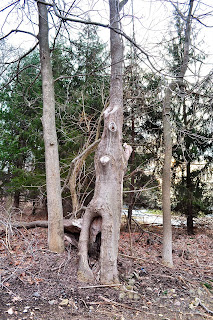 Any pines with needles still left are too thin and getting thinner. 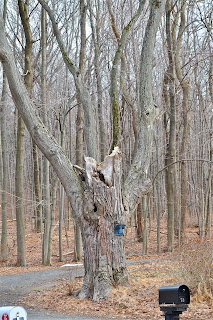 For over a year now I have been writing and calling scientists at research institutions, academics, journalists, elected representatives, private environmental organizations, and the government agencies at the local, state and federal levels such as the EPA, FDA, USDA, Forestry Service, Geological Survey, and Dept. of the Interior. Only a handful have written back, and virtually none has addressed the issue I have raised. Very few respond with anything approaching the appropriate level of alarm that would be indicative of a genuine comprehension of the huge dimensions and unspeakably horrific implications of imminent ecosystem collapse.
Next I shall have to write to the authors of these two reports here and here about the surprising presence of chorine in the atmosphere (story found at apocadocs who have available a NEW BOOK by the way, and it's free if you are too stingy or poor to buy it!). Too bad I'm not a chemist so I could understand what these complex interactions are, especially when they start throwing around connections between nitrogen oxide and chlorofluorocarbons...because I have a feeling they are manifold and highly relevant...on the other hand, nobody else really seems to understand what is happening and as usual they say, more research is required...

"Atmospheric chlorine may also enhance the production of ozone, a key ingredient of smog that is potentially toxic to animal and plant life, Thornton said....However, he added, the chemical reactions associated with chlorine are so numerous and interconnected that it will take time for scientists to parse them all out."

One Blue Marble, an excellent blog resource, announced they are launching a new "Climate Desk" wherein several journalistic enterprises will work together to offer a more comprehensive coverage of climate change issues. They requested suggestions - here is mine:
It is encouraging to see this willingness to collaborate. I would like to see some serious reporting on those ecosystems that are based on trees, which are being devastated just as are the coral reefs in the seas. Most terrestrial ecosystems that have trees as their foundation - with the conspicuous inclusion of the forests of the Eastern US - are collapsing at about the same rate as the World Trade Towers imploded on 9/11 - in a geological instant.
This is a subject that appears to be utterly taboo, even though a cursory visual inventory of any species of tree - of every age, whether located in a mall or a park or along a suburban street or indigenous wilderness - reveals universal symptoms of fatal poisoning from toxic greenhouse gases. Partly this is ignored because it is a complex topic that inherently requires the involvement of several specialties which rarely overlap in today's world of narrow fields of inquiry - botany, atmospheric physics, chemistry, and soil science among them.
This story is huge, and virtually untold. The implications of a vast and sudden death of trees are enormous for all forms of life that ultimately depend upon trees for shelter, shade and food - including humans.
It has long been established that emissions from burning fossil and biofuels, which produces the precursors to ozone, nitrogen oxide, sulphur dioxides, mercury and aldehydes, cause extensive damage to crops and all other vegetation. It has not yet been generally recognized that the composition of the atmosphere has reached an acute phase that is literally intolerable.
Scientists need to turn their attention to determining the exact mechanism so that policy makers can regulate before it is too late to recuperate from this urgent crisis. It is also critical as a means of focussing activism on a concrete, empirical threat from dirty energy. It is too easy for many people to ignore the models predicting climate change, and less so when there are demonstrably dangerous effects occurring in their own backyard.
Here is one last link to this article in Mother Jones about secret societies of heavily armed crazy unrepentant Paultards (about whom you can find much amusing snark at Wonkette) who are currently serving or retired from the military and law enforcement and are prepared to mutiny because we have a black muslin illegitimate un-Amurican socialist president - reading it is enough to send the most ardent peacenik running frantically towards the nearest supplier of weaponry and ammo.
Posted by Gail Zawacki at 10:22 PM