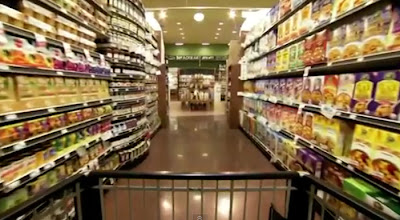 Movie time!  The premise of this film is just plain silly - that two hundred years hence in a post-apocalyptic world, buff young scientists will not only still exist, but will have recuperated enough from the collapse of industrial society to employ advanced laser technology and a really cute desert-mobile while they investigate the sources of environmental catastrophe, the abandonment of cities and mass migration.  But setting aside the improbability of that convenient cinematic device, it's a brilliant movie all the same (and what else would you expect from Jared Diamond?).  It examines the causes of earlier historical examples of overshoot such as the Romans and Mayans, and finds there is a common progression from rapid growth, to empire... 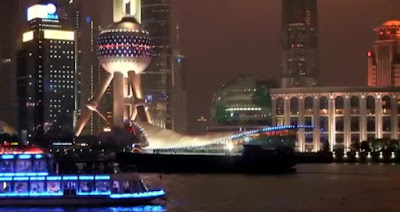 ...to deforestation leading to flash floods, soil erosion, then to famine and, inexorably, to war.  The narration points out the ravages of flailing empires inflict upon surrounding regions.  Today, add a binge on cheap energy and the fact that it is for the first time ever, a global economy, and it's not difficult to see how this movie will end...oops and then on top of that, there's rapid climate change. 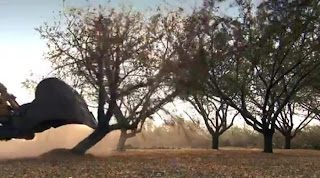 There are two aspects of particular interest to me.  The first is the destruction California orchards, already underway, because fruit and nut trees require so much more water than other crops.  It wouldn't surprise me if those trees that are being removed - 90,000 of them so far - have really been dying from air pollution and the farmers don't even realize it.  For one thing, trees make rain. 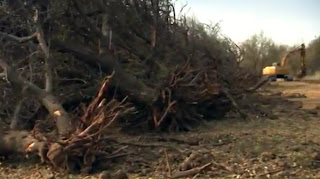 The other fascinating issue comes up in the very beginning of the film when the Anasazi people, who quickly built and then even more hastily deserted the most advanced architecture in the Americas before modern times.  According to the scientists interviewed, the Chaco Canyon was abandoned because of a lack of water, beginning with a fifty-year drought followed by others over  a period of 150 years.  This has been determined by studying tree rings.

This begs the question, if the trees lived long enough to measure a 50 year drought or maybe more, then why are scientists blaming widespread tree deaths on much shorter droughts?  Hmmmm? 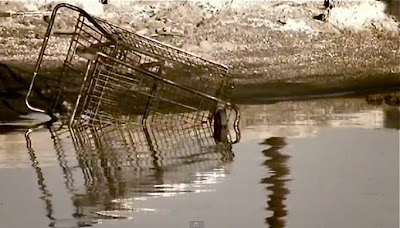 Compare all the other parallels between the forces that destroyed prior great and complex societies and ours and then imagine - they didn't have tropospheric ozone killing off vegetation like we do, it didn't exist...nor did the myriad other chemical pollutants that mostly derive from petroleum, nor had they exploited almost all the minerals and other rare, non-renewable elements, or acidified the oceans.  So it would appear stupid to expect anything other than a greatly magnified disaster for our global civilization than has ever occurred in the past.  Naturally, even so, the movie ends with the requisite upbeat cheer - "At least we've got a chance.  If we choose to solve the world's problems, we can do something"..."It could be that we're living through the defining moment in human evolution, the time when our civilization breaks the mold and chooses to succeed."  They keep emphasizing that we can choose, choose, choose.

Settle in with a snack and enjoy the movie anyway!