I am so fortunate to be able to share a guest post by Tim Murray, which is a much-needed antidote to this malignant campaign on the part of the American Enterprise Institute to sabotage environmentalism with "Human Achievement Hour" - as though wrecking the environment and destroying a habitable climate is some sort of achievement.  It makes my blood boil!  Look at their despicable "alternative" as reported by MSNBC:


"Earth Hour, the annual event that turns off lights as a statement for cleaner energy, marks its fifth year this Saturday. But a free-market think tank is trying to get some traction with its alternative: the Human Achievement Hour, when people are encouraged to leave lights on to show their appreciation for inventions "and the recognition that future solutions require individual freedom not government coercion."

"If you’re going to vote you need at least two choices," says Michelle Minton, the Competitive Enterprise Institute fellow who came up with HAH in 2009...."Many environmentalists see humans as fundamentally destructive and want to force individuals to conserve," she adds. "Earth Hour is an attempt to convince lawmakers that the majority of the population wants them to clamp down on progress".

It's not that I think Earth Hour is anything more than symbolic.  As Tim pointed out in quoting from this article, individual efforts are dwarfed by those of society at large to endlessly grow:


UPPING THE STAKES...Forget Shorter Showers
Why personal change does not equal political change
By Derrick Jensen

“For the past 15 years the story has been the same every year: individual consumption— residential, by private car, and so on—is never more than about a quarter of all consumption; the vast majority is commercial, industrial, corporate, by agribusiness and government [he forgot military]. So, even if we all took up cycling and wood stoves it would have a negligible impact on energy use, global warming and atmospheric pollution...The whole individualist what-you-can-do-to-save-the-earth guilt trip is a myth. We, as individuals, are not creating the crises, and we can’t solve them.”

Even so, symbols matter, when they can - and sometimes they do - lead to real action, which is what Jensen describes:


"...acting decisively to stop the industrial economy, is very scary for a number of reasons, including but not restricted to the fact that we’d lose some of the luxuries (like electricity) to which we’ve grown accustomed, and the fact that those in power might try to kill us if we seriously impede their ability to exploit the world—none of which alters the fact that it’s a better option than a dead planet. Any option is a better option than a dead planet...We can follow the example of those who remembered that the role of an activist is not to navigate systems of oppressive power with as much integrity as possible, but rather to confront and take down those systems."

Here is the website for Earth Hour - please remember to turn off your lights tonight between 8:30 and 9:30 p.m...but first, go to the AEI facebook page, and tell them to go fuck themselves!  You can just go to the page, "join", and leave a comment - it's free so why not! - here was mine (wasn't I a miracle of restraint?)"


This is utterly disgusting. Shame on you. We need to conserve energy, water, and other resources for the use of future generations. We need to try to leave them a clean, unpolluted planet and a habitable climate. You are evil to encourage the notion that there are no limits.
GIANT FAIL.

And don't forget, before you turn off the power, to watch the video and then enjoy the spoof from Tim that follows:


No Time For Earth Hour?
Are you overwhelmed with work and worry, unable to find the time to reflect upon the fate of our civilization? You have no time for token gestures that assume that overshoot is a matter of personal responsibility, of little people doing little things that will “all add up to something”? 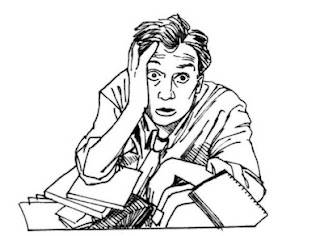 Then you might be able to mark Earth Picosecond!
Are you working two jobs while trying to raise a family but you just can’t find the time to genuflect before fashionable and futile causes? You wanted to mark Earth Day but realized that you only had time to mark Earth “Hour”? And then you looked at your watch and realized that you didn’t even have an hour to spare for the planet? Rest easy. We at Green Inc. have a special offer. For a $100 donation we will do two things. We will send you our “Guide to Empty Green Gestures for Busy People” and a permit to mark “Earth Picosecond”, enough to allow you the social acceptance and moral superiority you seek in a fraction of the time that other green trendies take to prove they’re better than those meat-eating rednecks in the red states of America.


If we as a nation are to succeed in an increasingly competitive global marketplace, we must endeavour to grow our economy, but be ‘smart’ and ‘efficient’ and environmentally responsible about it. We must be inspired by Earth Hour to cut back on our personal energy consumption so that the slack can be quickly picked up by population and economic growth to erase our petty sacrifice. We must “manage’ growth and ‘manage’ time. Smart growth and time management----that’s it! That is our passport to prosperity. All it takes is “planning”----the great elixir for all of our growing pains. Planning your city or your country or your day will permit you to cram more and more into less and less ad infinitum! The only limits to “more and more” are your failure to fully master the technique of time and space management!


Let’s face it. Life is getting more and more hectic all the time. And like Charlie Chaplin showed us in “Modern Times”, we must speed up to match the quickening pace that our economy sets for us. Once people had ‘siestas’, then siestas became “naps”, and now, thanks to time management, “power” naps suffice. In fact, we no longer need to sleep at all---nor indulge in time-consuming exercise or relaxation. We can “power walk” and perform “power yoga”. And a good thing too, because our global competitors will not allow us to squander our time. Nor will our customers. The only time we can afford to spend is QUALITY time. If you are equipped with time management skills, you don’t have to waste a lot of time with your family or friends---or on your favourite environmental causes. By using a picosecond effectively, you can give them all the quality time they need.


That’s fine for men, you might say, but what about people without testosterone? What about women who not only must work 50 hour weeks in the office in that cubicle underneath the glass ceiling so that their boss can get the credit for their hard work and ingenuity---but come home afterward to cook dinner and mind the kids. Surely they cannot make things happen in a picosecond.
No worries. We have a special offer for Supermoms. The “femtosecond”.


According to Wikipedia, “A femtosecond is SI unit of time equal to 10 to the negative 15th power of a second. That is one quadrillionth, or one millionth of one billionth of a second.” (And here I thought a femtosecond was the amount of time a woman would give me after I told her I didn’t like kids and I had no job.)


Remember, lost time is never found again. And the quest for higher productivity must never cease. Work, for the night is coming! John Calvin, where are you now that we need you? 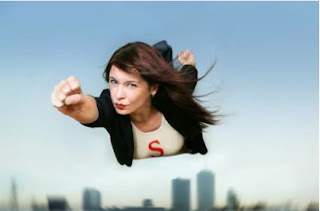 Above, a supermom charged up by a power walk, a power nap and flexed by power yoga, is now ready to “seize the femtosecond” (Carpe femtosecondus) and mark a fraction of Earth Hour to signal her commitment to the concept of smart growth in the ‘eco-dense’ city of Vancouver---the “greenest city in the world’.  Growing up, growing out and growing tighter.
Posted by Gail Zawacki at 10:15 AM