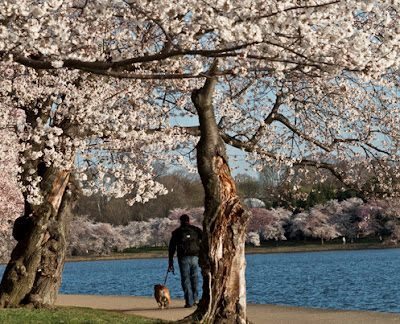 This year marks the 2nd annual Washington DC Cherry Festival photo contest, where I found the attached pictures.  People are concerned about seasonal shifts, but far more detrimental to the cherry trees than early bloom (they live, after all, in a range of climates) is the pollution they are absorbing.  There is a picture from the 2011 festival in this post last year, noting the obliviousness of people who are taking pictures of trees without any idea of what they are seeing. 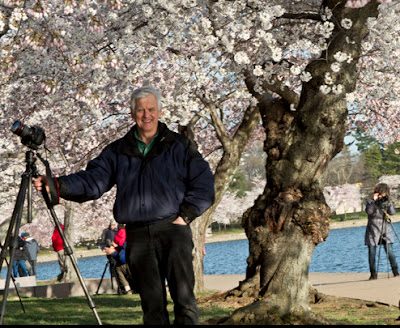 It's like taking a photo of a person whose hair is falling out, whose skin is peeling off, whose bones are broken, and lesions and tumors are spreading all over them.  You'd think, gee, that person really looks unhealthy!  Yet the bark and branches are falling off trees, they are corroded and rotting...and smiling people act like it's normal.  Those grotesque, bulbous growths are cankers, caused by a fungal infection that is always fatal. 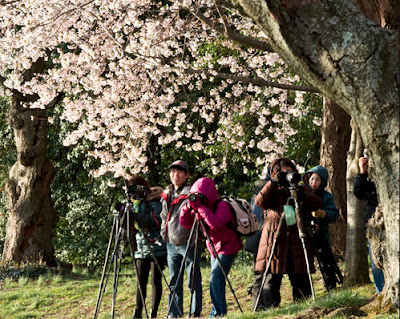 If people are concerned about the emissions from burning fuels changing climate, they should know that the trees are already dying from ozone...and that annual agricultural crops are already reduced in both quality and quantity by significant amounts (10 - 60% yield loss at current background ambient levels, which are inexorably rising!).  That's the reason we're losing maple syrup, coffee and chocolate...longer-lived species have cumulative damage from exposure over multiple growing seasons.
Note:  Trees in decline often allocate more resources towards reproduction, so they may have abundant flowers and seeds in the last years of their life - but they are less viable:
"A study by Darbah et al. (2008; 2007) of paper birch (Betula papyrifera) trees at the Aspen FACE site in Rhinelander, WI investigated the effects of elevated O3 and/or CO2 on reproductive fitness. Elevated O3 increased flowering, but decreased seed weight and germination success rate of seeds from the exposed trees. These results suggest that O3 can dramatically affect flowering, seed production, and seed quality of paper birch, ultimately affecting its reproductive fitness."
Posted by Gail Zawacki at 9:48 AM