I've got blisters on my fingers!

I almost forgot...I always wanted to be in a band! 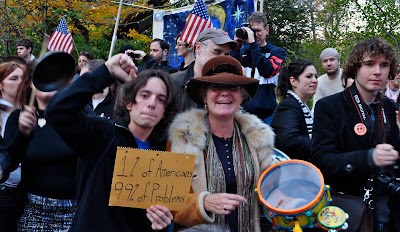 I had just enough time before the occupy concert was to start to locate a toyshop on the fancy Upper East Side.  I told the salesman I wanted some musical instruments, the louder the better.  "You must not like someone!" he said.  "Yup," I told him, "that would be Mayor Bloomberg!" 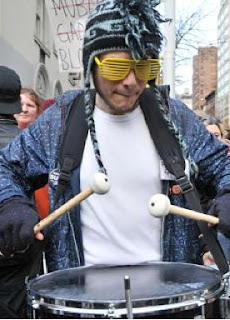 When I arrived at the corner where the Mayor's block was barricaded off, there was no one but me and one other occupier known as Rooster.  It made me kind of nervous because we were surrounded by a sea of photographers and news videographers, since we were the only ones drumming for about ten minutes.  Soon enough though, the crowd swelled, and we marched around the block to join others at Central Park.  We numbered into the hundreds, and the event became jolly and festive...and loud!  These pictures are from the New York Post.  There's just a little bit of me, on the top right: 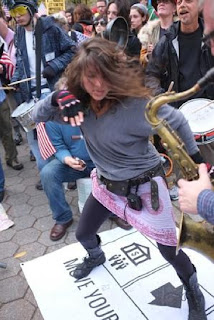 I was even on the teevee, on NY1 News.  They must have liked the colorful drum, because they zoomed in on it. 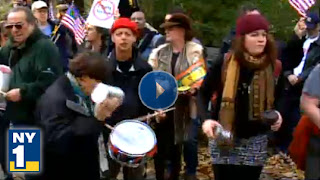 I left after dark, and gave it away, with the tambourine, to some young girls who were planning to stay.  Later I saw on the livefeed that an officer of the NYPD warned the merrymakers at 9 pm, using a bullhorn, that if they didn't stop playing, they would be arrested.  He went on and on about how offensive the noise was, sounding extremely angry and belligerent. 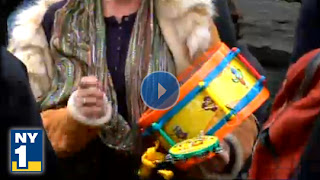 Apparently nobody wanted to go to jail over this, because the music stopped.  The entire premise just infuriated me.  Why is banging a drum deemed an arrestable offense, while meanwhile, the horrible racket from cars, trucks, planes and damned motorcycles is perfectly okay at all times of day or night?

Well, this blog is supposed to be about trees dying from air pollution, so what can you expect.  Desdemona Despair thoughtfully forwarded some pictures from a blog in Japan called Fukushima Diary.  The blogger, Mochizuki,  has provided some very interesting images of plants in Tokyo, including flowers blooming out of season and damaged foliage, which sounds suspiciously familiar. 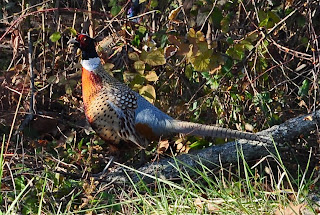 I saw a flock of pheasants along the road, which was quite a thrill.  Here was my comment to Mochizuki: 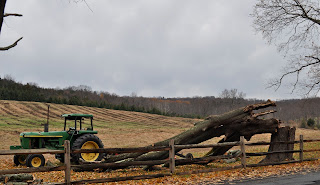 This is EXACTLY what is occurring in New Jersey where I live.  It is not from Fukushima radiation however because it is happening all around the world and it started BEFORE the tsunami and nuclear release. It is from air pollution – the background level of tropospheric ozone is inexorably rising, traveling across oceans and continents. It’s toxic to people, and even more poisonous to plants.

People tend not to notice gradual decline, and if they do, they blame the nearest environmental disaster. The summer before last, even people in Europe thought it was from the Gulf oil spill. But the symptoms of exposure to ozone are well documented. The damage is accelerating and it’s reached the point where I doubt there is anyplace on earth where you can’t find foliage that is stippled, chlorotic and necrotic, where conifers aren’t turning yellow, where branches are breaking and entire trees are toppling over. It’s also well established in controlled experiments that insects, disease and fungus thrive on vegetation injured by ozone. Every agricultural agency knows that crop yield and quality is reduced because of air pollution. 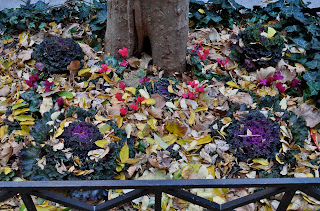 When I was in New York, it was astonishing to see bright pink cyclamen, a very tender tropical flower, blooming at the base of this sycamore tree.  Notice, it's leaves have withered on the branch, which is identical to what is happening in far away Japan. 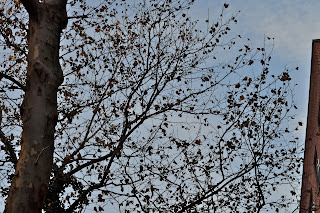 These are images from Tokyo: 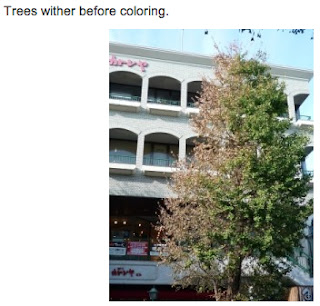 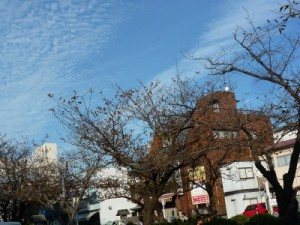 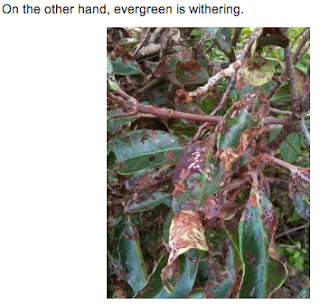 The image below reminds me with uncanny precision of the aerial view from my hot air balloon ride, only with pagoda roofs! 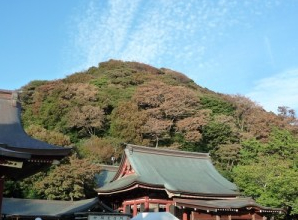 These are maples in New Jersey, last week: 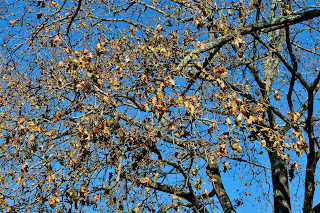 It's quite abnormal for them to have withered foliage on them.  The leaves should have turned bright colors, fallen off, and then shriveled up. 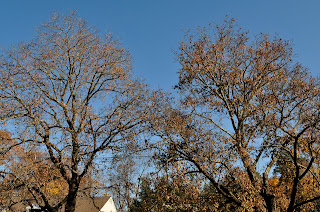 Wit's End prediction already made:  the rate of the rise in CO2 emissions is going to accelerate as vegetation dies back all over the world.  Article just published today (I've been waiting for this):

Its report Monday cites fossil fuel-burning, loss of forests that absorb CO2 and use of fertilizer as the main culprits."
This means it's going to get really hot, really fast, and weather extremes are going to stagger the imagination.  Further prediction now being realized:  Food prices are going to skyrocket as trees that produce fruit and nuts die off, and all other commodities are going to increase in price as annual yield decreases.
Posted by Gail Zawacki at 1:21 PM