Even as the Thanksgiving holiday, a celebration of plenty, hovers heart-warmingly close on the horizon, it's impossible for me to ignore the unsettling notion that we are all, at best, dodging bullets now.  It is a matter of dumb luck where insane freak storms will strike.  ThinkProgress ran a frightening review , titled "We Are Poisoning Our Weather", about the new IPCC report on this subject.  Of course it's even worse than that, because the scope of our poisoning goes far beyond merely weather, lethal as that can be - and into worse realms of sea level rise, ocean acidification, ecosystem collapse and health impacts from pollution...and even earthquakes from both fracking and ice sheets melting.  But leaving that aside and sticking to just the weather for the moment, here's the first episode in an excellent new series about events around the world - of which we can anticipate many more.  An endless resource, unlike others we'd rather have!  It's not fiction - but it equals the best Hollywood disaster movie effects.


What's interesting to me about the fallen branches and trees depicted in the East Coast blizzard, causing public fury with power company officials following days and weeks without heat or light - leading in some cases to customers threatening utility workers - is that so many pine branches broke.  Nevertheless, the power companies claimed the toll was due to heavy snow on trees that were still leafed out too early in the season...and also this:

"Connecticut Light & Power has blamed the extent of the devastation partly on overgrown trees in the state, where it says some homeowners and municipalities have resisted the pruning of limbs for reasons including aesthetics.  'We're concerned people are getting to their wits' end,'" she said.


Ha!  I knew it was just a matter of time before the world catches up with me!  Never mind...here is a terrific graphic of our warming Earth from the UC Berkeley led "BEST" refutation study - the Koch-funded deniers who set out to prove the earth isn't warming...oops...

Turns out that recent emerging research indicates - who would have thought - that it isn't only rising temperatures that creates the conditions that lead to extreme and dangerous weather.  Apparently air pollution not only kills trees, it directly contributes to increasing frequency and severity of floods and droughts, according to new research as reported in Science Daily: 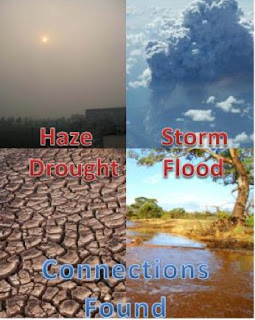 "Increases in air pollution and other particulate matter in the atmosphere can strongly affect cloud development in ways that reduce precipitation in dry regions or seasons, while increasing rain, snowfall and the intensity of severe storms in wet regions or seasons, says a new study by a University of Maryland-led team of researchers."


It's definitely worth a segue to read the entire description...but getting back to temperature effects, I was astonished to learn that global warming underlies a record-breaking height of waves.  First, I happened upon this video which took my breath away, with a relentlessness and indiscriminate power reminiscent of the onslaught seen during the Fukushima tsunami:


After watching that, which struck me as terrifying and almost impossible, I started googling around and found that, amazingly, waves are indeed getting bigger.  I incidentally found some gorgeous photos, so the rest of this post will be some excerpts from research about waves, and pictures taken by Clark Little, surfer/artist/botanist extraordinaire.  The first report is from the Sydney Morning Herald in Australia, and says that: 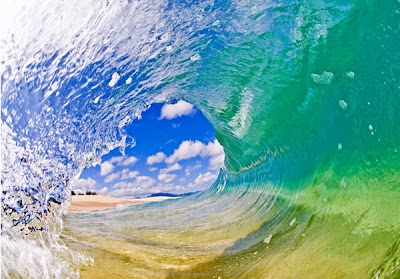 "Ocean wind speeds and wave heights around the world have increased significantly over the past quarter of a century, according to Australian research that has given scientists their first global glimpse of the world's rising winds and waves.


Published in the journal Science today, the research – the most comprehensive of its kind ever undertaken – used satellite data collected from 1985 to 2008.


It shows the extreme wave height off the coast of south-west Australia today is six metres on average, more than a metre higher than in 1985.
"That has all sorts of implications for coastal engineering, navigation and erosion processes," said Alex Babanin, an oceanographer at Swinburne University of Technology, Melbourne, and co-author of the paper.


However, there are greater uses for the data compiled by Professor Babanin, his Swinburne colleague Stefan Zieger and the Australian National University vice-chancellor, Ian Young.


To date scientists have largely focused on temperature as an indicator of climate change. But climate is about much more than temperature, as winds and waves control the flux of energy from the atmosphere to the ocean.


'Scientifically, this is another set of environmental properties which can be used as indicators of what is happening to the climate,' Professor Babanin said. 'Temperature changes the global patterns of the pressure, pressure defines the winds, winds define the waves. It's all connected.'


The trio established that between 1985 and 2008, global increases in wave height were most significant for extreme waves – large spontaneous waves. They increased in height by an average of 7 per cent in the past 20 years. In equatorial regions the rise was 0.25 per cent a year, while in higher latitudes the rise was up to 1 per cent a year. The mean wave height also increased, but to a lesser degree." 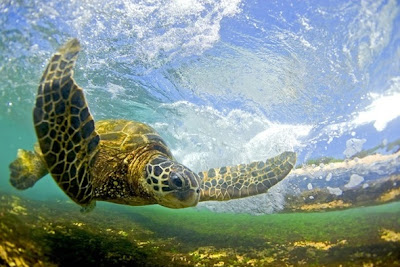 Yet another source is found at the Charlotte Observer, with the headline "Ocean Waves Getting Bigger and Stronger". 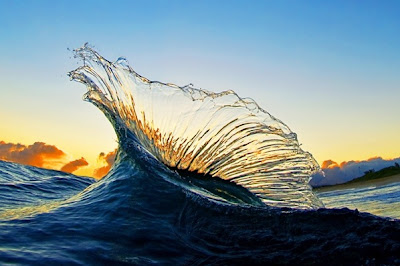 "It's one of the most treacherous stretches of water in the world, where 1 million cubic feet of water a second collides with 20- or 30-foot ocean swells over a four-mile stretch of shifting sand.


A small band of pilots braves often-treacherous conditions to guide ships across the Columbia River Bar.


The pilots who work the 'Graveyard of the Pacific' have a deep respect for the relentless forces they face daily as they ride out to tankers, bulk carriers, car carriers, and cargo and passenger ships standing offshore. They commute in 72-foot self-righting boats that can roll over 360 degrees as winter gales and sometimes hurricane-force storms blast out of the North Pacific.


The pilots also confirm what marine scientists have just started talking about: Ocean waves are becoming bigger and more powerful, and climate change could be the cause.


'We've been talking about it for a couple of years now,' said Capt. Dan Jordan, who served in the merchant marine for 30 years before becoming a Columbia River Bar pilot. 'Mother Nature has an easy way of telling us who is in charge.'" 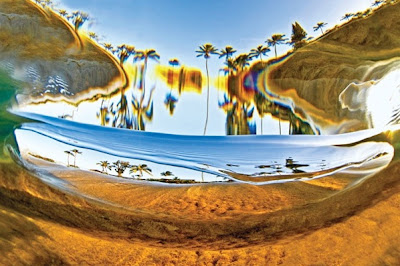 "Using buoy data and models based on wind patterns, scientists say that the waves off the coast of the Pacific Northwest and along the Atlantic seaboard from West Palm Beach, Fla., to Cape Hatteras, N.C., are steadily increasing in size. And, at least in the Northwest, the larger waves are considered more of a threat to coastal communities and beaches than the rise in sea level accompanying global warming is.
Similar increases in wave height have been noticed in the North Atlantic off England.


Unclear is whether the number and height of 'rogue' waves beyond the continental shelf have increased. The existence of such freak waves, which can reach 100 feet or more in height and can swamp a large ship in seconds, wasn't proved until 2004, when European satellites equipped with radar detected 10 of them during a three-week period. According to some estimates, two merchant ships a month disappear without a trace, thought to be victims of rogue waves.


'Obviously, this is an issue we are interested in,' said Trevor Maynard of Lloyd's of London's emerging risk team, which tracks global climate-change developments. 'We are seeing climate change fingerprints on a lot of events.'


Since the mid-1970s, buoy data show the height of the biggest waves off the Northwest coast has increased an average of about four inches a year, or about 10 feet total, according to Peter Ruggiero, an assistant geosciences professor at Oregon State University and the lead author of a study published recently in the journal Coastal Engineering." 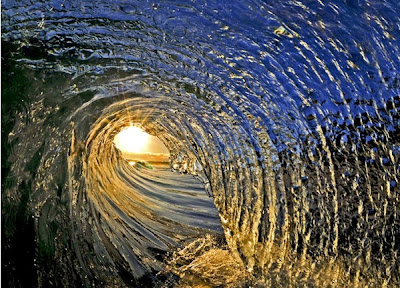 
'We are assuming the trends will increase in the future,' Ruggiero said.


The future already may be here, however...
A scientific debate is raging over what's causing the increase in wave size. Possible causes include changing storm tracks, higher winds and more intense winter storms - all signs of global climate change."
Posted by Gail Zawacki at 6:35 PM