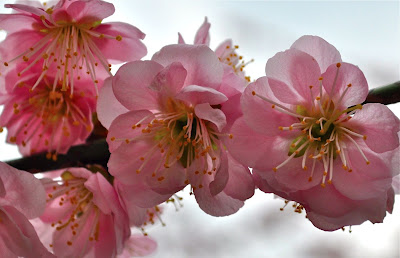 "Benedicto: May your trails be crooked, winding, lonesome, dangerous, leading to the most amazing view. May your mountains rise into and above the clouds. May your rivers flow without end, meandering through pastoral valleys tinkling with bells, past temples and castles and poets' towers into a dark primeval forest where tigers belch and monkeys howl, through miasmal and mysterious swamps and down into a desert of red rock, blue mesas, domes and pinnacles and grottos of endless stone, and down again into a deep vast ancient unknown chasm where bars of sunlight blaze on profiled cliffs, where deer walk across the white sand beaches, where storms come and go as lightning clangs upon the high crags, where something strange and more beautiful and more full of wonder than your deepest dreams waits for you ­beyond the next turning of the canyon walls." 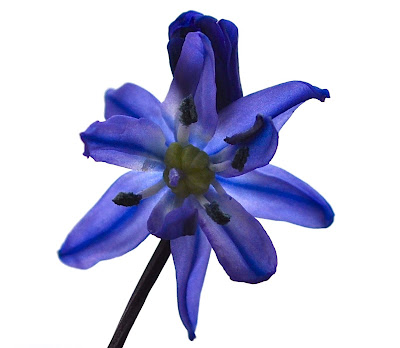 Our laggard spring is threatening to hastily become early summer, and so I wanted to post some pictures of the season's first flowers before they wilt in the heat.  The apricot and Chinese honeysuckle don't look particularly spectacular, but their scent combined with the fragrance from the daffodils wafts across the garden, and is almost enough to persuade me that all is well with the world.  But what was once an unbroken deafening chorus of spring peepers has dwindled over the past few years to just a few isolated individuals, with long blank silences in between calls.  It is the intervals of quiet that keep me up at night. 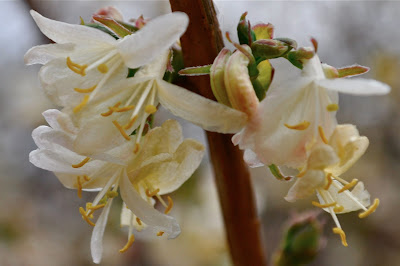 The incident in Boston, though horrific, just goes to show, as if further proof were needed, that human stupidity reigns triumphant.  Michael McCarthy was right when he wrote his resignation as Environment Editor for the Independent.  In his swansong essay titled Man is Fallen and will destroy the Earth (by which of course he meant, LIFE on Earth), he observed disgustedly, that "...the Earth is under threat, as it has never been before, from the ever more oppressive scale of the human enterprise...".  And yet this goes almost unnoticed, while all eyes turn in unseemly fascination to the twisted work of one or two isolated madmen.

Take as one small example that crack-addled thieves are poaching 100-year old big leaf maples from the deep splendid forests of the Olympic Peninsula which, like other rural areas on the North American continent whether Alberta, Canada or West Virginia, are being exploited with the same ruthlessness as third-world countries.  Over $1billion worth of illegally harvested domestic wood is traded annually, most culled from public lands.  The figured big-leaf is especially valued for it's lustrous quilt and flame patterns, and the rich sound it delivers for acoustic instruments.

“What you have out here now is a gold-rush mentality,” says Freed. Referring to the maple-tree thieves, Freed postulates, “They’re society’s dropouts. They work without a net. The same guy who is taking down these trees is poaching salmon and killing elk out of season. But, I’ll tell you what—yeah, they got issues with meth and so on, but they are the greatest capitalists in the world.” 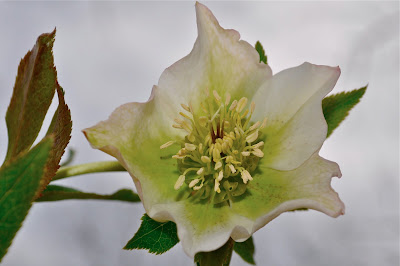 It can easily be predicted that virtually no attention will be directed towards a new study, briefly described by Fred Pearce in an article titled, "Extinction Debt Suggests Endangered Species are Doomed":

From dragonflies to bears, when it comes to lost species we ain't seen nothing yet.

Biologists are getting rattled about growing evidence of "extinction debt" – the idea that there is a delay of decades or even centuries between humans damaging ecosystems and the demise of species that live there.

In the largest extinction debt study to date, Stefan Dullinger of the University of Vienna, Austria, ranked 22 European countries according to the proportion of domestic species classed as endangered in the year 2000. He then ranked them for the amount of pressure put on nature in the years 2000, 1950 and 1900 – as measured by population density, per-capita GDP and intensity of land use.

He found that the countries with the most recent extinctions were the ones that put the most pressure on their ecosystems in 1900; pressures applied in 2000 had little bearing.
The upshot is that today's extinctions may be the result of damage we did in the early 20th century; our own extinction legacy could ultimately be far worse.

The ultimately cataclysmic outcome of overpopulation and overconsumption, habitat destruction and pollution should be so obviously inevitable - with only a modicum of introspection - that it highlights the disproportionate hysteria in reaction to casualties in Boston.  Most people think nothing of getting into cars KNOWING that 43,000 people die every year in accidents, while millions perish around the world annually from air pollution, not to mention the myriad costs of relentless wars...and nothing is done.  We pay our auto insurance and our taxes, and shrug our shoulders.

There's no telling how many will die from climate change-related disasters - extreme weather, crop failure, sea-level rise and the breakdown of society. And yet nothing is done to avert any of that either, it is rarely even discussed in polite company.  To a shocking degree, even academia shuns the terrifying implications of climate change.  It is just more evidence that humans are hard-wired to react to threats they perceive as immediate while remaining obliviously insouciant to very real and far worse but more distant dangers...when it suits them! - which is to say, when they are gaining current benefits while kicking the can down the road, preferably for the next generation to pay the piper. 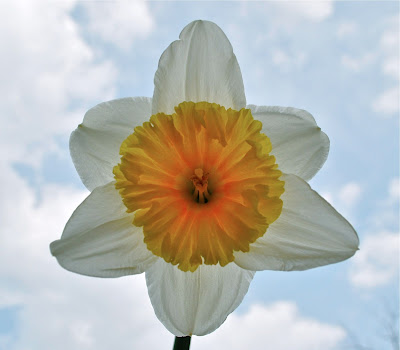 I discovered to my dismay that even Edward Abbey, iconic environmentalist, protested US immigration policies to "protect the  remaining wilderness" - but had four children himself.  He loved the desert so much he spent most of his life cruising around it in a pick-up truck.  Well - we are none of us anything but hypocrites.

Politicians and media pundits proclaim that crises like Sandy or the Boston bombing bring out the best in people, and they pounce on whatever actions can be deemed heroic.  Meanwhile skimming through comments on the news articles, they are full of ignorant vitriol against blacks and Muslims, Obama and liberals.  I saw last week that one visitor came to Wit's End located right here in my village of Oldwick, because I had once posted on the outrageous shooting of Trayvon Martin.  The search words they used were: "Trayvon Martin practice shooting target".  Sweet, right?

It remains to be seen if there is anything approaching the news coverage and the extensive investigation in Boston by the FBI, Homeland Security, and local police regarding the explosion in Texas - an industrial accident with, so far, no evidence of a  crime, but worse damage and casualties.  Will anyone be held accountable?

A fiery explosion tore through a fertilizer plant and leveled dozens of homes in a small Texas town late on Wednesday, killing as many as 15 people, injuring more than 160 others and spewing toxic fumes that forced the evacuation of half the community, authorities said.

Police initially estimated that between five and 15 people had perished in the blast, which rocked the town of West, located about 20 miles north of Waco and 80 miles south of Dallas, shortly before 8 p.m. local time on Wednesday.

Public safety officials said they expected the death toll to climb as search teams combed through the rubble of the demolished plant and surrounding homes.

"I've never seen anything like this," McLennan County Sheriff Parnell McNamara said. "It looks like a war zone with all the debris." 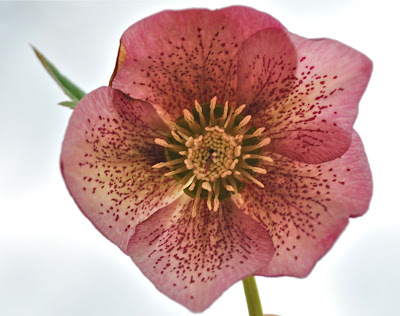