The Way to Ruin

It would be some consolation for the feebleness of our selves and our works if all things should perish as slowly as they come into being; but as it is, increases are of sluggish growth, but the way to ruin is rapid. 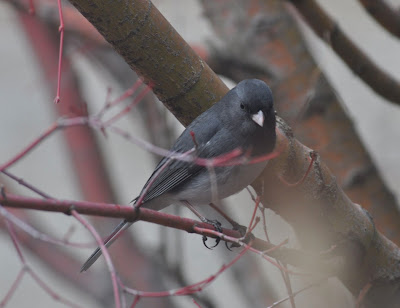 Until this spring I never had a bird feeder at Wit's End, because it would have simply made easy pickings for the barn cats, both relentless predatory prowlers even in their dotage.  But they died in the past year, so about a month ago I decided to hang a feeder on the Japanese maple outside the kitchen window.  An amazing variety visit, most of them several times each day.  The modest dark-eyed Junco (above) is always around, and I love hearing the sepulchral coo of mourning doves, who forage in a large flock on the ground, and whose wings make startled whistles as they rise in alarm whenever I step out onto the porch (here is a recording of them). 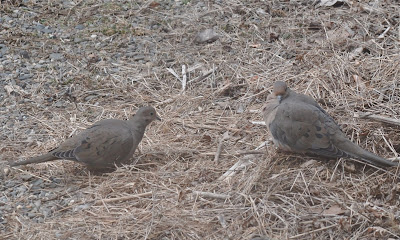 In great numbers I see the black-capped chickadee, the blue jay with his raucous derisory squawks, the beguiling tufted titmouse, purple finch, and the frenetically acrobatic white-breasted nuthatch, who makes me laugh with his wild swings and twirls as he hangs upside down. 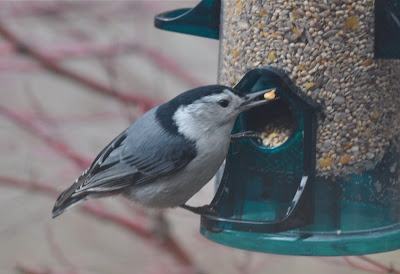 There are several pairs of cardinals. 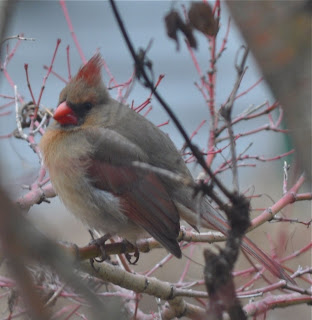 Most recently I saw this Eastern Towhee, which was lovely because they tend to hide shyly in the brush. 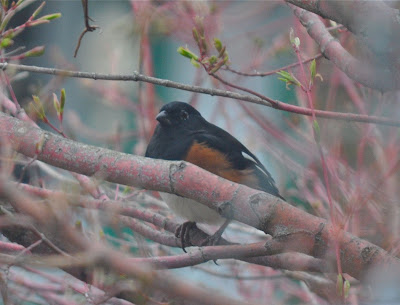 Of course there are the ordinary house sparrows, but also lately many white-throated sparrows that sport a jaunty bright yellow spot on their heads and sing the sweetest piercing trill (you can listen here) - and there are even downy woodpeckers and the pileated woodpecker...plus unfortunately the dreaded invasive cowbird.  There are actually many other species of birds around Wit's End as well, but they don't frequent the bird feeder.  Soon, I'm going to put out the hummingbird nectar.

So it was with particular dismay that I found an article on Wired.com about a new report commissioned by the American Bird Conservancy, which investigates the link between pesticides and the truly astounding decline of bird populations.  The birds can be killed either directly by eating even just one seed laced with systemic neonicotinoid, or by eating insects that have been poisoned while pollinating.  Unknown is how low-level ingesting might debilitate in more subtle ways, impacting immunities, reproduction, or essential survival skills.  The chemicals work their way from the treated seeds, into the grains, and flowers of crops.  From the roots, they bioaccumulate and contaminate the soil and then the waterways. For instance this is Sope Creek in Marietta, Georgia.  It looks charming, but has tested positive for high levels of neonicotinoids.  How disgusting and scary is that? 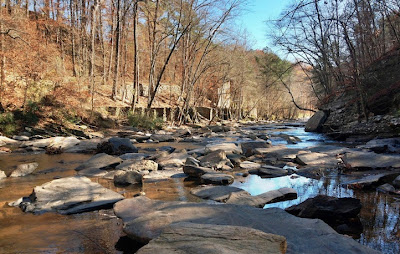 You can read more at the Conservancy website which has a link to the 100 page report.  I will just leave those links without further comment, because a little over a year ago I wrote a post - The Little Things that Rule the World - about disappearing insects, which of course affects the entire food chain, including aquatic life, and birds.  Things have simply deteriorated since then, and fresh evidence emerges, as detailed in the new articles, of corruption in the EPA which has been approving the widespread use of dangerous chemicals with almost no research or oversight.  Below is the preview for a movie about bee colony collapse, called Queen of the Sun.  If you like it, you can rent the full movie online at their website.  I plan to make some popcorn and watch it tonight.