Hang on to your Tin Foil Hats! 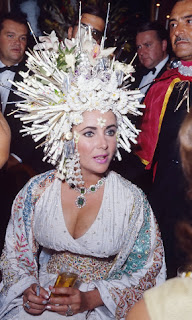 Gosh, there really are conspiracies!  And the reluctance of people to admit they have been duped, and that they live in a sham Truman's World phoney, crumbling screen set, is one of the reasons that the oligarchs have been allowed to take over and are now plundering what little remains of the natural world while turning everyone who isn't as filthy rich as they are into brainwashed slaves.

I was 13 years old when Martin Luther King was killed on April 4, and life has never been the same since.  I guess in some deep way I started to get the inkling that things are not what they are supposed to be.

This short video is narrated by Barry Zwicker.  It is very informative about the coverup of King's assassination (which has steadfastly been, like so much else that is true but embarassing, obediently obscured by the corporate media).  I think it's essential to watch in order to understand the blatant duplicity and corruption that rules our so-called democracy, although it stops short of reminding us what an incredible, visionary, and revolutionary leader he was, with the potential for genuinely transforming our society.  It's a potential that died forever around then, and now it's too late.  The reptilian elite are in control, and the fate of the Earth is sealed.  All I know is I still cry every time I hear the dream speech.

As the drums of war are being banged over North Korea, it's worth revisiting a longer film made by Zwicker about the epic media failure to investigate 9/11 here...and, there's also an excellent documentary on youtube about the media failure to question the claims that were used to drag the US and its allies into the war with Iraq - Weapons of Mass Destruction or Deception.  Watch them before they shut the internet down!