A Dream of Trees

There is a thing in me still dreams of trees.
But let it go. Homesick for moderation,
Half the world's artists shrink or fall away.
If any find solution, let him tell it.
Meanwhile I bend my heart toward lamentation
Where, as the times implore our true involvement,
The blades of every crisis point the way.

~ Mary Oliver, A Dream of Trees 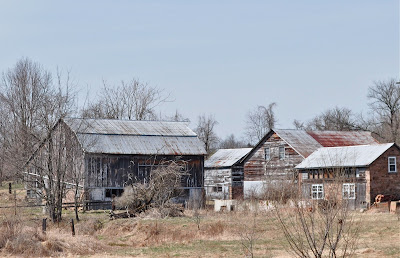 Yesterday I went to have lunch with first daughter.  She and her husband live on a farm with several horses near Frenchtown, close to the Delaware River, a rural area which has its share of abandoned barns. 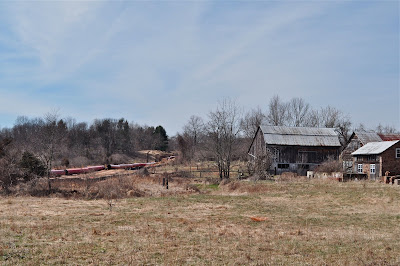 Alongside this cluster, crews are hard at work clearing an endless stretch for a pipeline to carry fracked gas from Pennsylvania to refineries on the other side of New Jersey, for refinement and export. 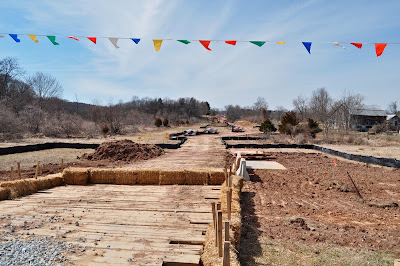 I don't know how to describe the sense of raw physical violation this scene engenders. 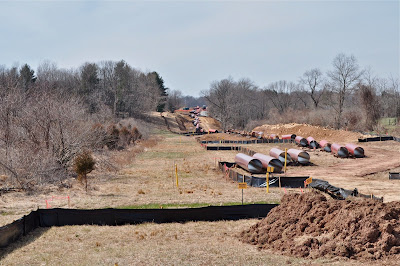 But hey, isn't it cute the way they string up colorful plastic flags as though this were some sort of festive carnival underway, rather than preparation for the transport of a fossil fuel that creates toxic emissions that are lethal to trees and people too? 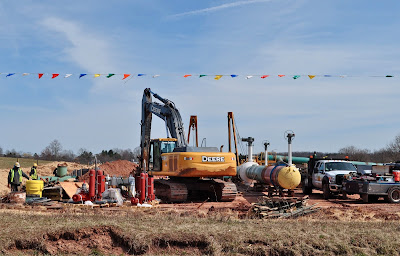 First daughter agreed that at the rate we are destroying the last vestiges of the natural world, we're going to pave every inch of the earth that we can, squeeze every drop of fuel out of the ground, and then burn the last tree.  Then she added, "Yup, but it won't happen while I'm alive!"

She really seemed to believe it too. 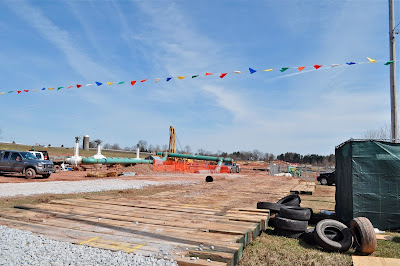 Last summer, Dmitri Orlov wrote an essay called Fragility and Collapse; Slowly at first, then all at once.  He points out that it is simple to predict collapse - say, that a bridge will someday fall.  Of course it will.  But to say exactly when is impossible.  However, it is possible to make an educated guess based on the rate of deterioration, particularly when a linear change becomes exponential....assuming it remains exponential when, theoretically, it could return to linear at least for a time.

In the case of trees dying from air pollution though, I think it's safe to say a linear decline has gone exponential over the past few years, which is highly unlikely to slow down.  Whatever synergy is fueling the deterioration - between ozone and pathogen attacks, especially fungus - it shows no sign of abating.  Unfortunately, simultaneously with the degradation of the landscape seems to be our ability to not look at it.  Any recent video - a movie, a commercial, a television show - that has trees in the background reveals visible symptoms of decay, and yet it goes unremarked upon.  Take for example the excellent new movie, Salmon Confidential.  In the very first opening moments, we see a leaf that has classic necrotic injury floating in the water with the fish.  For an Ozonista as immersed in the documented visible foliar symptoms of damage as me, this sort of bizarre coincidence can only be hysterically funny. 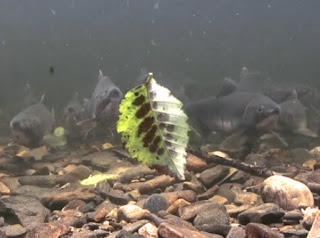 In virtually every scene that has a shot close enough to scrutize the woods, prematurely dying trees are present. 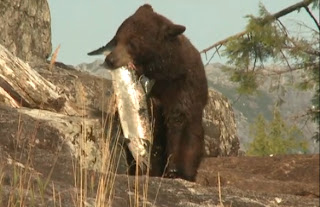 Mostly, we see pines that are bleached white and missing needles, but there are shots of deciduous trees with thin crowns and bare branches as well. 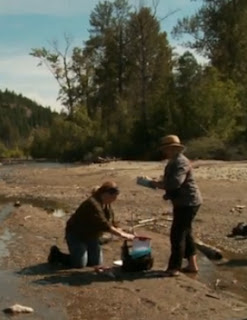 It's remarkable to me that people who are laboring to document the disappearance of wild salmon and determine the cause don't spare a glance at the collapsing terrestrial ecosystem.  Well, I guess you can't deal with everything all at once. 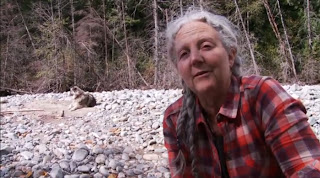 Salmon are described as a "keystone" species, one that is an essential component of the ecosystem, that every other species is dependent upon for survival.  Their influence extends beyond the water, as they are food for birds and bears, and minerals traced from their foray to the ocean have even been found in trees as they work through the hydrological cycle. 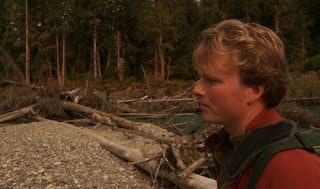 It's hard to think of a more keystone species than trees, however.  They provide food and habitat, regulate temperature, and create the rain.  Not to mention, they absorb carbon dioxide. 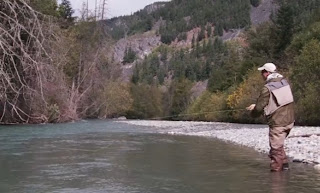 I highly recommend watching the film.  The courage, determination, and honesty of the individuals who are working so hard to inform the world of the travesty of factory-farmed fish is inspiring. 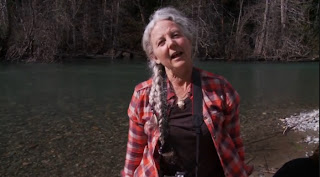 Contrast that with the crass dishonesty of the government stooges, caught on film, which is infuriating and profoundly disquieting.  Clearly, there exists pervasive, systemic, fetid collusion between industry and Canadian politicians. 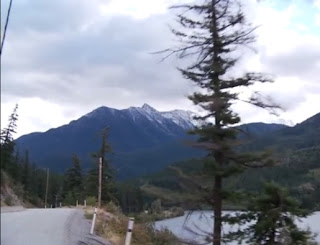 We already knew that democracy in the US is hopelessly corrupted, but to see the dire consequences unfold in this one corner of the world, knowing that so many other facets of modern life are equally fouled, is daunting to say the least. 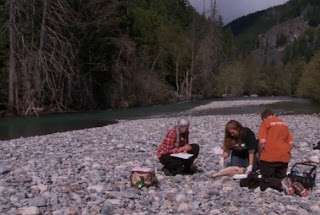 More information at efforts to save the wild salmon can be found at their website.  Enjoy the film!


Salmon Confidential from Twyla Roscovich on Vimeo.
Posted by Gail Zawacki at 12:26 PM