I guess I may as well wade in because the honest truth is, I've always hated it when I don't get invited to the party.  I saw that everybody who has posted the documents released last week has received cease and desist orders from the Heartless Wasteland Institute, and I feel left out, neglected and insignificant!  Hopefully, I can rectify that now.
Andy Revkin published a loathsome post this morning excoriating Peter Gleick for being the source of the documents.  Actually what happened is that initially Gleick was the hapless recipient of them from an anonymous source, wanted to check their veracity, and obtained verification before releasing them...but that chronology is being distorted and misrepresented.
I left the following comment at Dot Earth, which I stopped reading long ago because Andy Revkin is a self-absorbed prima donna who does more harm than good.  I doubt it will ever see the light of day on his blog, so here it is on mine:


Shame?  Reputation in tatters?  HOGWASH the man has now achieved the stature of Daniel Ellsberg.
Sometimes, there is an evil so monstrous that a piddly deception to obtain information about it is a virtuous and noble act.  There can be no greater evil than promulgating the vicious lie that climate change is not an existential threat to most species on earth including ours, emanating from the combustion of fuel.
Andy I don't normally comment on this vain enterprise, the dot earth climate science ghetto of the disgraced NYTimes (the one who lied about weapons of mass destruction, remember?).
But your analysis of Peter Gleick's courageous act is too egregious to allow it to pass unchallenged.
SHAME ON YOU, AGAIN.
Further reading can be found on Fire Dog Lake, which has a scathing analysis of Revkin's diatribe, where can be found this intriguing comment:
The way this has played out so far:
Whistleblower: Here are documents showing how the evil dirty-energy-industry-funded pricks at Heartland are funding lies and smears directed against climate scientists and intended to poison public opinion.
Heartland and Its Stooges: At least one of the documents is bogus! But we won’t tell you how we know that!
Whistleblower: You’re lying, and here’s how I know: I infiltrated your group to get copies of these documents, all of which are created by your group.
Heartland and Its Stooges: EEEEK! Dirty pool! Why didn’t you play nice and hack our servers like our stooges did to that British university?!
Was Gleick set up in a targeted attempt remove him the pages of Forbes, where possibly some conservatives that aren't completely brain-dead might stray over to one of his columns and rethink their ideological reflex to reject science?
An early and refreshingly outspoken critic of the Heartland Institute as this controversy unfolded was Col. Gary Wamsley.  He has been posting about their ongoing attempts to intimidate him with endearing indignation here.
And if you missed the story about the Heartland's conference in Washington last July, which I infiltrated in the deceptively inconspicuous and, I thought, non-threatening guise of a cupcake...which, nevertheless resulted in making me - I do believe - the one and only blogger to be evicted and then assigned my very own security detail for the duration, click here. 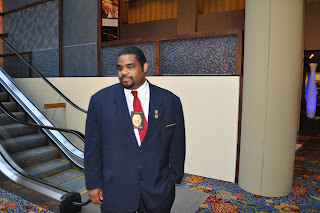 Okay here they come, drum roll, the links to the leaked documents....
I can haz legal threats now too plzzzzzzz??? 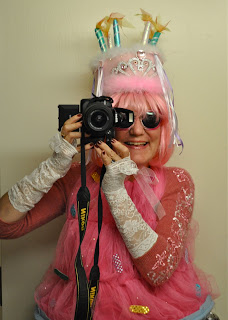