One thing that continually astonishes me is the self-defeating, limited circularity of "progressive" activism.  Perhaps in some cases, greens are just plain greedy.  Certainly there are certain influencial authors, ostensibly absorbed with the mission of preventing the end of the world as we know it - whether it's due to peak oil or the devaluation of the dollar or HAARP among other threats - who are at least as preoccupied with making themselves a tidy profit.  But for others, who by all appearances are more sincere, billing humanity for their insight is sadly misguided inadvertance. 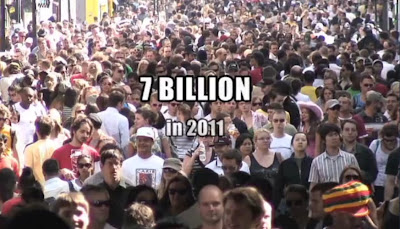 Especially perplexing are those filmmakers, who possess unique skills and talent to exercise brilliant and much-needed techniques of persuasion, and have produced compelling narratives such as the "The Cove" and "Just Do It" (never mind "Avatar") - of course those examples are hardly the only ones.  I can't help wondering, if they are so altruistically motivated to stop tiger poaching or save dolphins or preserve a habitable climate...why are they charging for their movies?  It simply ensures that they preach to a tiny choir. 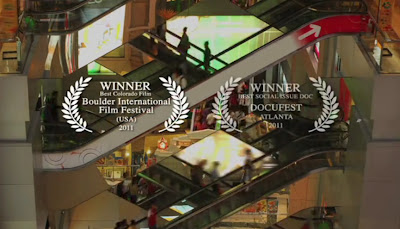 Here's the latest example I've come across, "Mother - Caring for Seven Billion", which I watched last night.  This is a terrific, exemplary film, not because it is quite capable of presenting a feasible plan that will save us from destroying ourselves (there may be none), but because at a minimum it broaches several interconnected subjects (the usual culprits, listed below) with such stunning cinematography that many people who would otherwise blithely ignore the mortal perils it describes, might actually feel compelled to think about them...if they watch the film.  And recognition is the first step to resolving the enormous conundrums that have arisen through endless exponential growth to now confront our very survival.  This is precisely the sort of emotional and intellectual education we so desperately need, which is conveyed through several fascinating interviews as well. 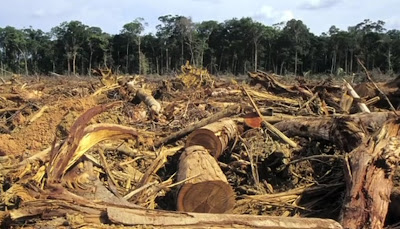 All the more frustrating then, that there is a charge of $5 to download streaming video online for a 12-hour window, and even more to purchase the dvd...granted, neither are huge investments, but it is no doubt a barrier by which the very audience most important to reach - the young and the poor - is eliminated. 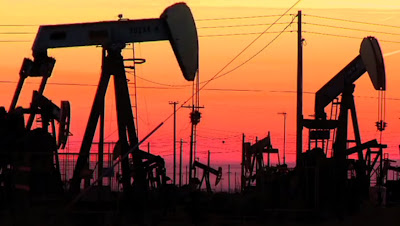 I'm going to embed the trailer, from whence it's possible to pay the fee and watch all of "Mother" on a home computer - or go to the website and follow links to locations and dates for screenings...or order the dvd.  Any of which I definitely recommend.

But first I'd like to propose to the producers:

Solicit whatever funding you would have received from charging viewers.  Instead, submit proposals to more foundations for compensation in lieu of sales; ask for donations instead of fees from those who can afford it; and approach manufacturers of condoms, the pill, and other birth control devices...they stand to sell more product, so why not? 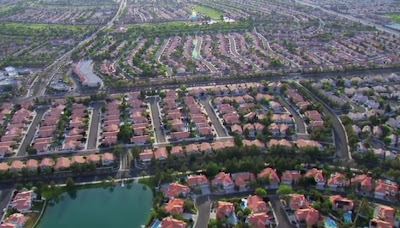 Even better than free, give reluctant teens and young adults and those who are inhibited by a cultural taboo an incentive to watch.  People of child-bearing age in wealthy nations have much else to distract their attention these days, and many others in the developing world are impeded by severe religious inhibitions.  They need to be intrigued to see how the issues presented in the film are of vital interest to their own lives and can directly benefit them, if addressed. 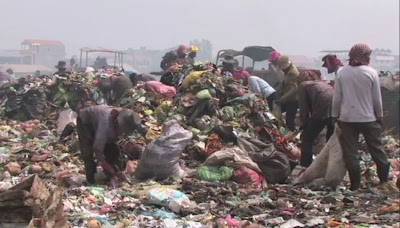 One admittedly imperfect suggestion is, at the very beginning after the opening title, to add a subtitle announcing:

1.  At the intermission half-way through, you can pause the film and click to enter a contest for an all-expenses paid trip to the UN Rio Conference on Sustainable Development in June, for you and a companion - where you can meet with some celebrity or other (which can be updated to other related events after Rio).  Or if you don't want that prize you can donate the equivalent value to a scholarship program.

2.  Watch to the end, and you can sign up to collect your free gift - condoms, or a 3-pack of the morning after pill mailed to you in a plain brown wrapper, plus an instant download of the racy movie "How using birth control can make sex even more fun!" (must be 18 years old). 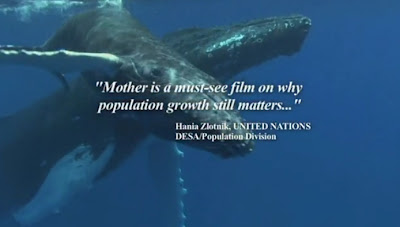 End (or start and end) with an instant online survey (people love to express their opinions):

Which of these threats (choose one or more) do you think is the root of our problems?
Ending of course, with sign up here (click the clicky) to find out more, and be part of the solution. 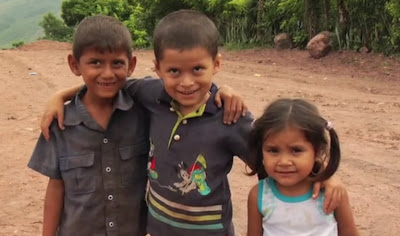 The film itself is impeccable in its content and style...informative, beautiful, and brutally honest.  The only problem is, more people need to see it.  I hope everyone who reads this will set aside the time - and maybe even write to the producers, to ask them to make it widely available and free to all - info@tiroirafilms.net!

Mother: Caring For 7 Billion from Tiroir A Films on Vimeo.
Posted by Gail Zawacki at 12:02 PM