I first met Susan and her husband Roger from comments at ClimateProgress.org, virtually, in cyberspace - and then was lucky enough to meet them for real, in Boston, as recorded at this post from last summer. Susan and Roger live in Massachusetts and have recorded with uncanny familiarity damage to trees which closely resembles what I have been recording in New Jersey. Thank you Susan, for sharing these photographs! What follows are her pictures and my comments. 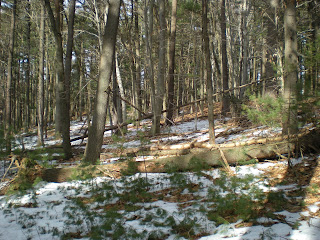 Apparently the trees in Massachusetts are faring no better than those in New Jersey. 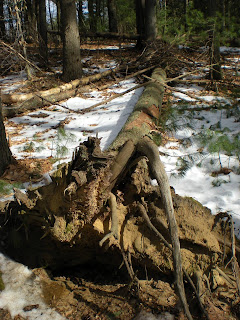 They are falling over from the roots. 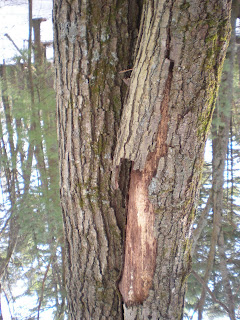 Their bark is peeling from the trunks. 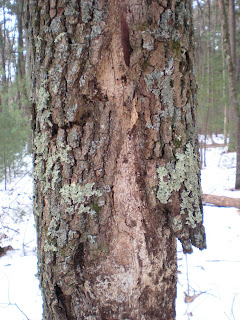 The identical lichen seems to colonize amid the decay. 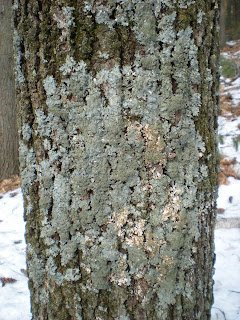 Susan and Roger live adjacent to a large nature preserve, but nature is not being preserved there. 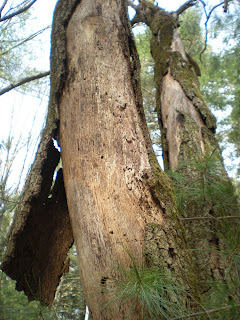 The hollow trunks recorded here are to be found up and down the Eastern Seaboard, and beyond. 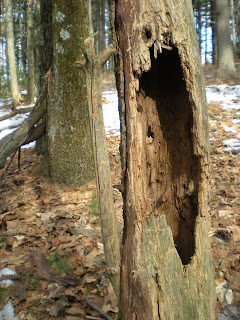 Most people don't pay much attention to trees, but for those who do, the symptoms of terminal decline are alarming. 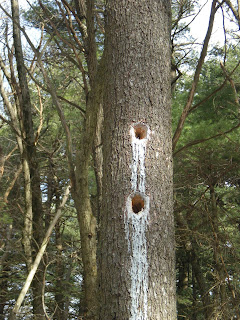 As the bark splits it becomes open to attacks by insects, which are followed by woodpeckers. 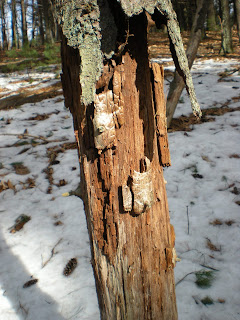 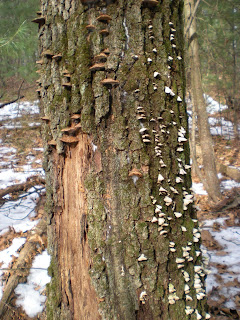 Here is a grand example of the parasitic growth of canker. 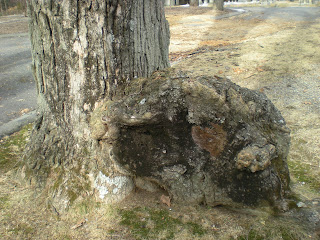 Trunks that have no bark are simply harbingers of wholesale tree extinction. 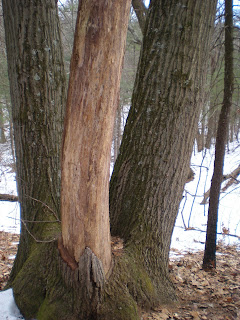 In Susan's woods, the path is impeded by tangled, falling branches. 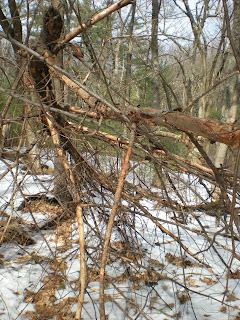 They tumble from on high even in the absence of significant winds. 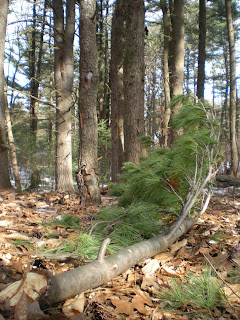 The ground below is thick with cones, after a season when the conifers exude all their energy into reproduction. 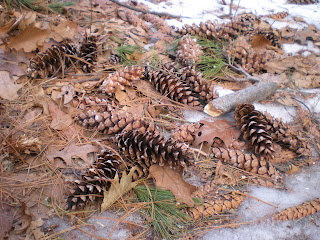 Susan and other have noted that the crazy warmth has led to abnormal upheaval of soils freezing and thawing, making everything from telephone poles to graveyard markers tip and fall. 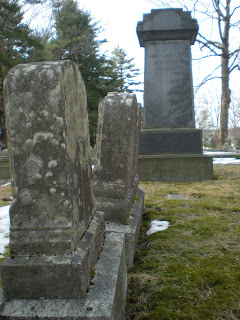 Another very interesting and unprecedented symptom of atmospheric poisoning are shrubs that have burnt, damaged exteriors. Susan noticed this here and after the blizzard in New Jersey, I have seen the same peculiar pigmentation (next post!) 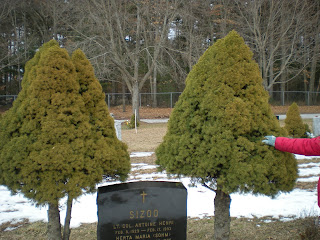 These cankers on trees are indications that they will soon die. 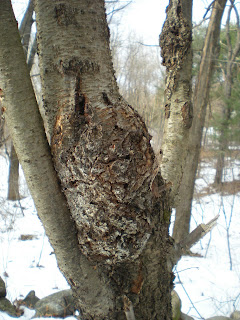 Just as this lichen accompanies dead trees. I guess, most people don't think or care about trees. They take them for granted - they take nuts, and fruit, and maple syrup, for granted. I don't though - and neither does Susan. We want to know, what sort of world will our children and grandchildren inherit, if there are no trees? 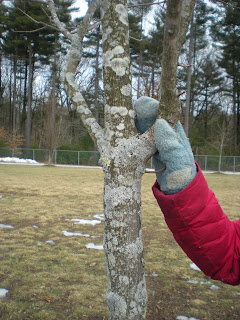 Susan said about this photo: This "deer leg in a tree" must be the action of a fisher cat. Nature can be beautiful but it can also be cruel. We humans think that we are above nature, but we're really just a small part. If we don't pay attention to the physics, chemistry and biology of nature, it will continue to show its wrath, and we humans will witness our own demise. But in our case, unlike this poor deer, we will have deserved our fate for failing to heed the warning signs. 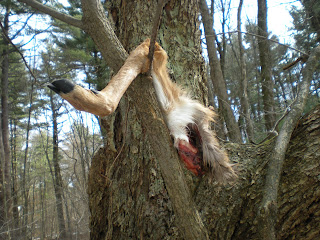