More Research is Needed [not!]

In hindsight this tiny window of our times will be seen as the beginning of the end of science.  Actual, current impacts of a violently careening climate - and the twin rampages of pollution and habitat destruction - are too dangerously rapid for orthodox science to adequately catalogue, let alone analyze or form predictions.  Finally, two prominent researchers have come out and said it bluntly okay...hinted...that the current era of peer-reviewed, painstakingly controlled, traditional research (although a formerly elegant, valuable, and much-revered construct) has been rendered obsolete by events.  Just to be safe though, they had to fabricate a science fictional retrospective, set comfortably off in the future in fantasyland, to even tiptoe around the implications.  Why are these young girls braver than the most highly-educated and privileged intellectuals in the West? 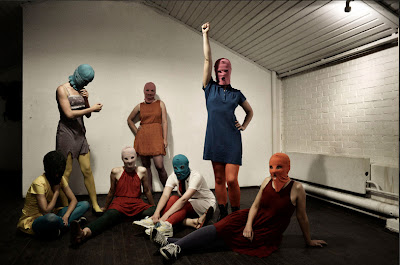 Naomi Oreskes, a professor at UC San Diego, previously collaborated with Eric Conway, a historian of science, to write the brilliantly illuminating Merchants of Doubt.  Now, they have published The Collapse of Western Civilization:  a View From The Future in January's issue of the MIT Journal, Dædalus.  Here's the abstract, with the critical part in blue:

“Authors' note: Science fiction writers construct an imaginary future; historians attempt to reconstruct the past. Ultimately, both are seeking to understand the present. In this essay, we blend the two genres to imagine a future historian looking back on a past that is our present and (possible) future. The occasion is the tercentenary of the end of Western culture (1540 – 2073); the dilemma being addressed is how we – the children of the Enlightenment – failed to act on robust information about climate change and knowledge of the damaging events that were about to unfold.” 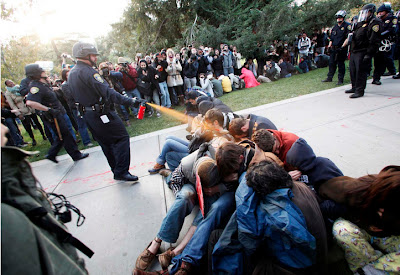 “Our historian concludes that a second Dark Age had fallen on Western civilization, in which denial and self-deception, rooted in an ideological fixation on “free” markets, disabled the world's powerful nations in the face of tragedy. Moreover, the scientists who best understood the problem were hamstrung by their own cultural practices, which demanded an excessively stringent standard for accepting claims of any kind – even those involving imminent threats. Here, our future historian, living in the Second People's Republic of China, recounts the events of the Period of the Penumbra (1988 – 2073) that led to the Great Collapse and Mass Migration (2074).”

It's truly sad that the threats so eloquently exposed in this essay don't include the dying of the forests from ozone, because you could substitute that blindness into this passage about climate change without changing hardly a word:

“Even more elusive to scholars is why scientists, whose job it was to understand the threat and warn their societies–and who thought that they did understand the threat and that they were warning their societies–failed to appreciate the full magnitude of climate change. To shed light on this question, scholars have pointed to the roots of Western natural science in religious institutions.” 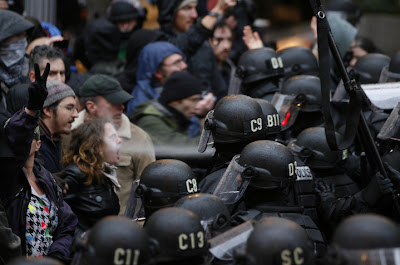 “In an almost childlike attempt to demarcate their practices from those of older explanatory traditions, scientists felt it necessary to prove to themselves and the world how strict they were in their intellectual standards. Thus, they placed the burden of proof on novel claims, including those about climate. Some scientists in the early twenty-first century, for example, had recognized that hurricanes were intensifying, but they backed down from this conclusion under pressure from their scientific colleagues. Much of the argument surrounded the concept of statistical significance. Given what we now know about the dominance of nonlinear systems and the distribution of stochastic processes, the then-dominant notion of a 95 percent confidence limit is hard to fathom. Yet overwhelming evidence suggests that twentieth-century scientists believed that a claim could be accepted only if, by the standards of Fisherian statistics, the possibility that an observed event could have happened by chance was less than 1 in 20. Many phenomena whose causal mechanisms were physically, chemically, or biologically linked to warmer temperatures were dismissed as “unproven” because they did not adhere to this standard of demonstration.” 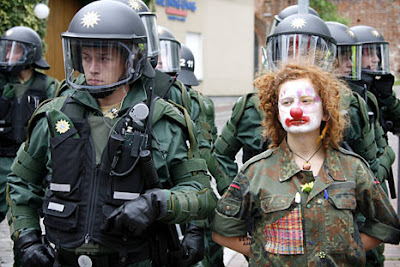 “Historians have long argued about why this standard was accepted, given that it had no substantive mathematical basis. We have come to understand the 95 percent confidence limit as a social convention rooted in scientists’ desire to demonstrate their disciplinary severity. Just as religious orders of prior centuries had demonstrated moral rigor through extreme practices of asceticism in dress, lodging, behavior, and food–in essence, practices of physical self-denial–so, too, did natural scientists of the twentieth century attempt to demonstrate their intellectual rigor through intellectual self-denial. This practice led scientists to demand an excessively stringent standard for accepting claims of any kind, even those involving imminent threats.” 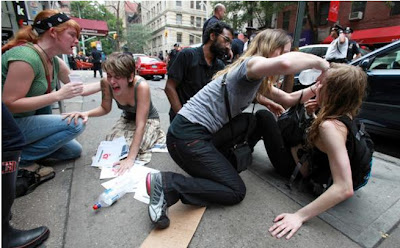 “Western scientists built an intellectual culture based on the premise that it was worse to fool oneself into believing in something that did not exist than not to believe in something that did. Scientists referred to these positions as “type I” and “type II” errors, and established protocols designed to avoid type I errors at almost all costs. One scientist wrote, “A type I error is often considered to be more serious, and therefore more important to avoid, than a type II error.” Another claimed that type II errors were not errors at all, just “missed opportunities.” So while the pattern of weather events was clearly changing, many scientists insisted that these events could not yet be attributed with certainty to anthropogenic climate change. Even as lay citizens began to accept this link, the scientists who studied it did not.”

So when you see the respected Gavin Schmidt of NASA, shamefully hedge in an interview at PBS about whether Hurricane Sandy was influenced by the melting Arctic Ice, it just serves to illustrate that what they wrote is sad, but true.


Of paramount importance here at Wit's End, is that virtually all scientists continue to refuse to acknowledge the obvious connection between the global decline of trees and what we now know to be increasing, persistent, globally-transported tropospheric ozone.  This is what Gavin Schmidt wrote on his RealClimate blog in July, 2007: 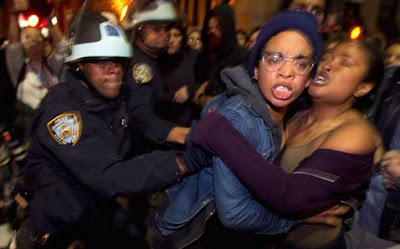 “In a nice example of how complicated climate feedbacks and interactions can be, Sitch and colleagues report in Nature advance publication on a newly modelled effect of ground level (or tropospheric) ozone on carbon uptake on land (BBC). The ozone they are talking about is the ‘bad’ ozone (compared to ‘good’ stratospheric ozone) and is both a public health hazard and a greenhouse gas. Tropospheric ozone isn’t directly emitted by human activity, but is formed in the atmosphere as a result of photolytic reactions related to CH4, CO, NOx and VOCs (Volatile Organic Compounds like isoprene, benzene etc.) – the so-called ozone precursors.”

“It’s well known that increased ozone levels – particularly downwind of cities – can be harmful to plants, and in this new study with a carbon-climate model, they quantify how by how much increasing ozone levels make it more difficult for carbon to be sequestered by the land biosphere. This leads to larger CO2 levels in the atmosphere than before.”

Yet, as earlier documented, his response when I emailed him (unaware of that post or much else about ozone) asking him the following about tree decline:

It is so widespread now that no other limited cause, such as a pest or disease or even warming and drought, can explain it. And of particular interest, plants in pots and aquatic plants have had this past summer symptoms identical to those growing in the ground - so drought and warming from climate change cannot be the primary cause. This problem is urgent but being almost entirely ignored or misdiagnosed.

Since you know about atmospheric gases can you think of any process that could be responsible for the recent rapid impacts?

Unfortunately, I don't know of any pollution issue that would be responsible for this... 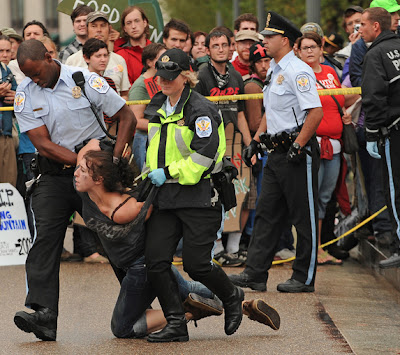 I shouldn't leave the impression that Gavin is by any means an isolated example, in fact the opposite is the case...he is in the vast majority of scientists who (at best) stand diffidently on the sidelines, cautious to not utter anything that might get them censored, penalized, or ostracized by their toady colleagues (and at worst collaborate with industrial polluters, but that's another story entirely).  That would be well and good, except that the stakes have changed.  It's not a mere silly academic argument about, say, whether plate tectonics caused Pangaea to separate, or whether humans caused the extinction of the Australian megafauna.  Science is now vitally important to our survival as a species.  Why is it that only a handful of scientists - the heroic James Hansen, the outstanding Arctic Emergency Group, and a few other brave pioneers like David Attenborough (who just declared humans a Plague On The Earth) - will risk the wrath their employers, and who knows else, by speaking the truth about this trainwreck hurtling off a cliff?


The sheer amount and variety of chemicals - hundreds of millions of tons annually - being dumped into the environment without any safety testing whatsover defies categorization, as does the synergy between them.  What are the scientists who unleash these wicked brews thinking? 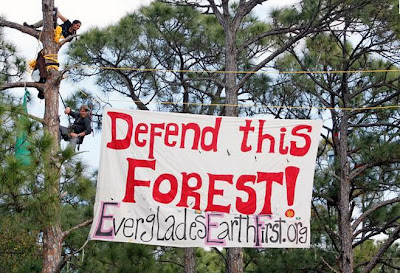 The Atlantic has picked up on the study I mentioned earlier, indicating that people become less healthy when trees in their neighborhoods are lost.  Naturally I left a comment:


"...they are unable to satisfactorily explain why this might be so." That is because the Forest Service - which is entangled with timber and other extractive mining industries linked to fossil fuel interests - doesn't want to admit what they well know: the pollution from cars and power plants is toxic. How many times have you heard - plant a tree, they clean the air? Well, they do! That's why people are healthier when the trees are absorbing tropospheric ozone.

The other thing this study ignores is the rather obvious question - what happens to trees when they so obligingly absorb poisonous gases? Answer: THEY die, instead of us! Studies have proven that trees are dying all over the world, and it's because they are damaged from pollution, which makes them more vulnerable to other pathogens - insects, diseasae and fungus. The grid went down for so long after Sandy because hundreds of thousands of trees fell, and it was easy to see that they were rotted on the inside. Trees should live for centuries, some for thousands of years. They're not supposed to be rotted when they are 50 or 150 years old. More on this "flawed" (coughs politely) study here. 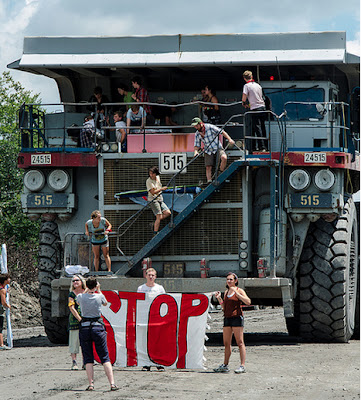 As if more research were needed to demonstrate that it is higher concentrations of POLLUTION that is affecting people's health when trees die - and not emotional stress, not when a clearly understood process is present - a study in the American Journal of the American Medical Association from 2001, Impact of Changes in Transportation and Commuting Behaviors During the 1996 Summer Olympic Games in Atlanta on Air Quality and Childhood Asthma, found a significant drop (28%) in ozone levels during the period of time that the city provided 1,000 buses for public transportation and closed the downtown to private vehicular traffic, with a staggering concurrent drop hospitalizations from asthma, over 40% overall.

Asthma is a leading cause in childhood morbidity.  It kills children.  Do we need more research to tell us we should close city centers to automobile traffic and put in fast, safe, reliable, convenient public transportation instead? 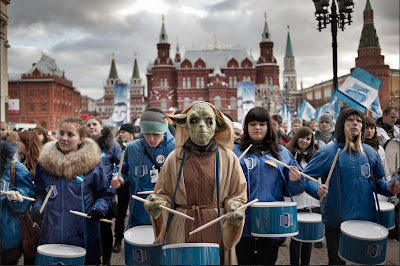 What's it going to take for the scientists to have the courage of their own results?  As the discoverers and trustees of knowledge, aren't they obligated to use their superior understanding to enlighten the rest of us?   Is it moral to rely on the children to take on the burden of standing up to the purveyors of disinformation and fascistic control?

~ Thanks to the Noor Foundation for permission to reproduce the first and last photos in this post, taken by Yuri Kozyrev and collected in the gallery titled their desire to protest ~