The new report from the World Wildlife Fund, Living Planet, is now available, rife with bad news about overshoot of the Earth's carrying capacity - due both to the sheer numbers of the human population, and our wanton ways.  Apparently the most profligate among us are extracting and polluting like we have four or five planets at our disposal.  This is something that seems blatantly incontrovertible, and yet incredibly there are many who choose to believe that's simply not possible.

Amid the dire statistics about species extinction (typically referred to as "loss of biodiversity" - doesn't that sound better?) is this statistic of particular interest to Ozonists and Ozonistas at Wit's End - "Climate-warming carbon emissions have increased 40% in the past 20 years, but two-thirds of that rise occurred in the past decade".

Hm.  Since many of the processes that produce CO2 also produce the parallel emissions of precursors to ozone, maybe that 2/3 increase in just this past decade is enough to account for the rise in background levels that have suddenly become so lethally and ubiquitously toxic to trees.

Since I tend to think that big green organizations often dilute their messaging to make it more palatable to their main funders - foundations supported by multinational corporations - I was curious to see how frank the assessments in the report would be.  Typically, the warnings themselves are appropriately frightening...but the hopeful solutions are wholly inadequate delusional.  Take for example the video of Jim Leape, Director General of WWF International, who first warns us we're all doomed and then assures us that salvation is at hand, and all we must do is shift to wind and solar power...oh, and "reduce consumption" - without specifically mentioning restrictions on activities such air and auto travel, or birth control.  The backdrop is sweet too, as he discusses the decline in the heath of nature, since there isn't a speck of anything natural to be seen unless you count lawns, trees in regimented lines, and eutrophic water.

One link at their webpage with the preposterous label, "Promoting Prosperity While Conserving Biodiversity" leads to a page listing (no doubt lucrative) alliances with business, where you can find a quote from their Head of Corporate Partnerships who declares, "The most important thing is engaging with the public. If we can mobilize people, they will demand green products or services."  Buy green!  Use sustainable forest products!  It's perfect.  The WWF gets contributions for the salaries, travel expenses, and fancy offices, and the companies get the WWF stamp of approval to use in their advertisements.  It's all so...simpatico, no?

Next, I couldn't resist checking on this promise, which struck me as oxymoronic:  "How you can make changes without making sacrifices".  Now wouldn't that be ever so convenient if it were only true!  Eager to learn, I clicked and...darn, I guess I'll never know.  It led to the sad panda below, I kid you not.  Sometimes, you just gotta laugh.

The following graphic with this caption was not so amusing:

"The global Living Planet Index declined by about 30% between 1970 and 2008.  The LPI reflects changes in the health of the planet's ecosystems by tracking population trends of over 2500 vertebrate species.  Much as a stock market index tracks the value of a set of shares, the LPI calculates the average annual rate of change for species populations for 1970 to 2008, the latest date for which sufficient data are available".

I love the way the author of that passage felt compelled to translate the figures into monetary equivalents.  I guess that's the only level most people detect value.  Note that the numbers are down for tropical areas while they are up for temperate areas.  This is because habitat destruction was widespread in temperate forests and other habitats centuries before the index began in 1970, whereas in tropical areas it had only just begun in earnest.  More important is that obviously, since the last figures used are from 2008, neither the loss in the temperate nor tropical regions reflects the increasing dieback of forests that began to clearly accelerate that year from pollution.  So we can infer that the actual LPI of species dependent upon trees is much, much more extreme than reflected in this map, and will become radically worse in short order. 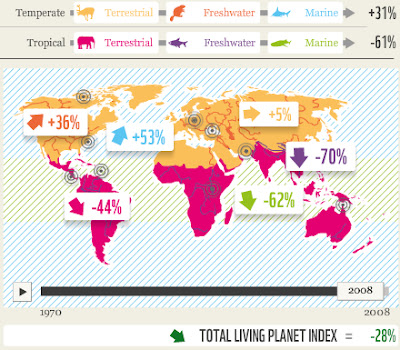 In better news, two very exciting and momentous events have transpired for Wit's End, the first of which is that Alex Smith, host of The Radio Ecoshock Show, not only broadcast an interview with me about how ozone is affecting trees, but also published an extensive, informative, and thorough post on his companion blog about the topic.  This is tremendous because Alex did quite a bit of research and thinking before he had the confidence to endorse the basic premise of Wit's End - which is that ozone pollution is the primary villain predisposing trees and other plants to succumb to opportunistic attacks from insects, disease, and fungus all over the world.

This is a very controversial notion disputed, not by all, but certainly by the majority of contemporary foresters and scientists.  I think eventually the causative link between pollution and dying forests will become as obvious as that between smoking tobacco and lung cancer, also once upon a time considered controversial.  But, in the meantime, I will remain eternally grateful to Alex - and to Betsy Rosenberg of the Green Front for her interview last fall - for being the first brave journalists to bring this matter to public attention on their syndicated shows.  Thank you Alex!  You can listen to my segment here but please don't miss bookmarking his blog, where you can follow his other excellent programs. 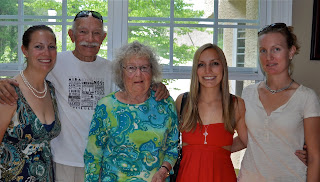 As for that other momentous occasion...well, we now have a doctor in the house!


Congratulations and Much Love, Dr. Sophie!! 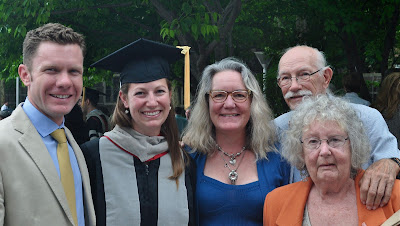