Today is Climate Connect the Dots Day, and I'm Not Going

Today, while rummaging through a drawer, I found an old calendar of botanical watercolors that I had forgotten all about.  I brought it home from a trip to Milan in 2006 where I found it at an apothecary shop, L'Erbolario Lodi, that has the most luscious herbal soaps, cosmetics, and other toiletries.  As it happens all their calendars from 1995 can be viewed online, so the pictures here are taken from random years.  They are gorgeously reminiscent of the natural world that is fast disappearing. 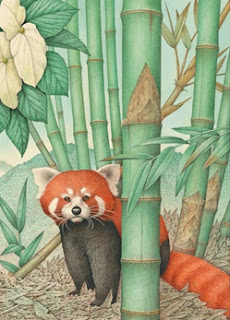 Today is climate "connect the dots" day, and I'm not going.  The primary sponsor, 350.org, has been encouraging people from every country to bear witness to their experiences of violent, record-breaking weather caused by climate change - and of course, I do believe that is a crucial message, and admire all the citizens who are participating. 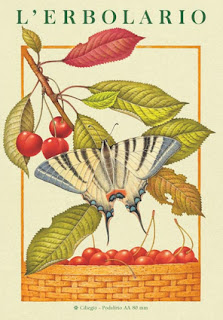 Obviously, I understand that emissions from human activity are causing disasters all over the globe - and further, I realize that such catastrophes are going to become even more frequent, widespread and intensified as the temperatures, weather and precipitation patterns are destabilized.  Due to the built-in inertia of the vast atmospheric and oceonographic systems, I fully expect such events to occur abruptly - much faster than has been predicted by scientific consensus - and that includes sea-level rise, permafrost melt with methane release, and ocean acidification, each of which I would characterize as an existential threat in its own right.  In my estimation, we are all dodging bullets, and it's impossible to prepare for the unknowable and unprecedented calamities that are bearing down upon us, no matter how desperately we might wish to inoculate ourselves. 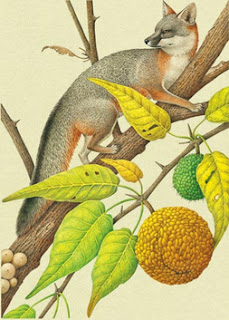 It's high time that scientists and major organizations encourage people to "connect the dots", in order to pressure governments for rational policies.  For too long they have been timid - or perhaps supine is a better word - using overly-cautious linguistic contortions to avoid a flat-out statement of causation.  Ever since I first became aware that amplifying feedbacks quickly become far more dangerous than the initial forcing of elevated CO2, the stubborn silence from scientific reticence - the insistence on near-unimpeachable certainty, and interminable demand for ever more research - has been very frustrating to me (exhibit A:  kitchen table comic).  The link between global warming and hurricanes, floods, and droughts is as plainly common sense as the perfectly matched continental puzzle pieces which merge to create Pangea in that other "theory", of plate tectonics..which was, incredible as it seems, initially a controversial proposition as well.

So why won't I participate in this worthy endeavor today?  Simple - sour grapes...a double dose, in fact! 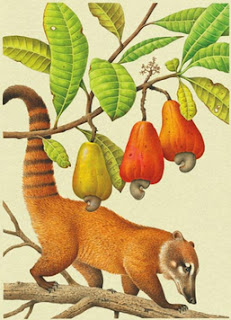 Reason Number 1:  350 refused to endorse or otherwise participate in Occupy's May Day strike - and it's not like they didn't know about it, or don't shamelessly utilize the "occupy" and "99%" terminology when it suits them, and even reach out to OWS to ask them to support climate action.  Truthfully my peevishness stems from a far deeper source than just that hypocrisy.  It's because their limited approach - even now that they finally embrace the notion that violent and extreme weather is a direct result of burning fuel - still, is doomed to fail. 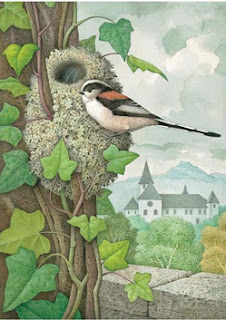 Along with the other professional green groups, the leadership at 350 has made a decision to maintain the popular fantasy that it's possible to fully replace our fossil fuel binge by converting to "clean" sources of energy, and further that the developed countries can maintain their obscene consumption party and enable the developing nations to catch up to our lifestyle, and meanwhile we can safely ignore overpopulation.  It's what is known as the delusions of HOT - Hope Optimism and Technology - by the author of this essay.  I recommend going straight to "Final Empire", Chapter 9, which examines the fallacious virtues of our supposedly "advanced" civilization over the hunter-gatherer lifestyle, general acceptance of which has been perpetuated by the (patriarchal) ruling classes throughout recorded history. 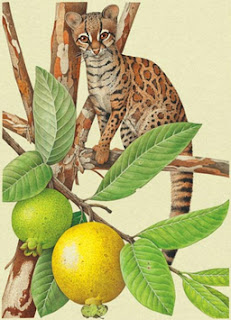 A case can certainly be made that, with the exception of a tiny privileged elite, the hallmark of "progress" has been enslavement of the majority of humanity, forced into bondage whether it's hauling stones to build pyramids or Aztec temples, fighting off lions in the Coliseum, being sold for sex, chained in the hull of a ship, or sitting for years in a windowless office cubicle all the better to buy more gadgets in the glorious name of endless growth. 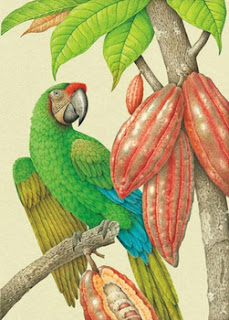 Interesting corroboration for this challenge to mainstream orthodoxy can be found at the ongoing archaeological dig at Göbekli Tepe - but following is only a tantalizing snippet because next, I still have to get on with my sour grapes, Reason Number Two:

"A surprising fact about the Neolithic revolution is that, according to most evidence, agriculture brought about a steep decline in the standard of living. Studies of Kalahari Bushmen and other nomadic groups show that hunter-gatherers, even in the most inhospitable landscapes, typically spend less than twenty hours a week obtaining food. By contrast, farmers toil from sunup to sundown. Because agriculture relies on the mass cultivation of a handful of starchy crops, a community’s whole livelihood can be wiped out overnight by bad weather or pests. Paleontological evidence shows that, compared with hunter-gatherers, early farmers had more anemia and vitamin deficiencies, died younger, had worse teeth, were more prone to spinal deformity, and caught more infectious diseases, as a result of living close to other humans and to livestock." 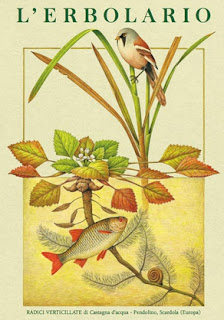 (Alternatively, depending on the steadiness of your blood pressure, you could detour and check out a review of this fabulist excuse for obscene income disparity, which is expounded upon in a book by Edward Conard.  He was able to retire at age 51 from Bain Capital as a multi-millionaire, and now wants to convince everyone that destroying jobs is a jolly fair way to get rich, and by the way honestly, it's something of a myth that the ultra-wealthy live all that extravagantly, multiple homes and private jets notwithstanding.  Seriously!) 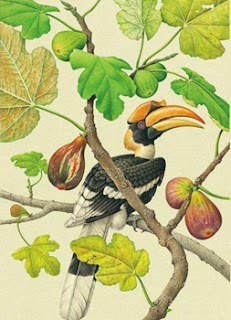 Reason Number Two:  I'm far too busy to go to New York again, because I'm having my own connect the dots event right here, every day, at Wit's End.  Hundreds of published scientific research papers, some dating back from the 19th century, fall into two distinct categories that are begging to be connected - because they are as inextricably and intrinsically related as smoking and lung cancer, but almost never overtly so. 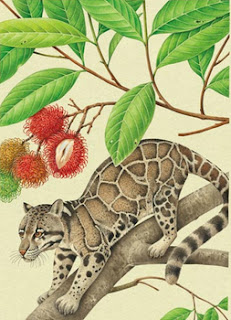 First are the field studies and controlled, fumigated chamber experiments proving that ozone is bad for plants.  There are studies about how to detect visible foliar injury, how to determine internal injury, measuring damage to root systems, investigating interactions with drought, increasing temperatures, changing precipitation, and biotic stresses such as insects, disease and fungus.  I defy ANYONE to produce a study saying that ozone doesn't make every single one of those factors more damaging than they would be in an atmosphere at pre-industrial background levels of ozone.  There are many attempts to try and demonstrate that ozone damage will be mitigated or offset by rising levels of CO2, not one of them convincing. 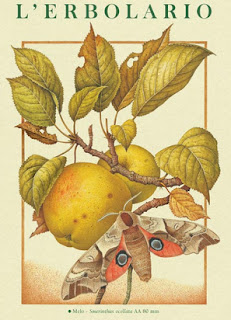 Second and separately, there are mountains of reports that trees are dying, from every remote corner on earth, never mind urban areas, at a rapidly accelerating rate in tandem with inexorably rising background levels of pollution.  Yet in virtually every case, the reasons given are local stressors, invasive species, or climate change - and not, despite overwhelming scientific evidence,  ozone...except on rare occasions by the odd renegade, who is promptly shouted down by the legions of puppets for the fossil fuel and timber corporations. 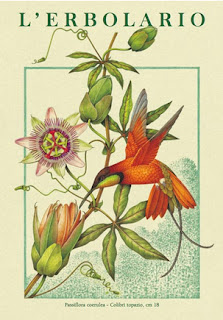 So, when can we ask the scientists - and activist environmental or climate groups like 350 - to connect those dots?  For decades, the USDA and international consortiums have been - and are still  - funding extensive research at universities to develop annual staple crops like wheat, rice, cotton and soybeans that are genetically "resistant" or "tolerant" to ozone.  I wrote to my usually responsive USDA liaison for the NE-1030 ozone study group, and asked him what research exists to determine tolerance to cumulative damage, season after season, for orchard trees, and those longer-lived perennial sources of food like artichokes, grape vines, asparagus, or blueberries and raspberries, which after all are economically important agricultural products, too.

I received no answer!  What a surprise!  Never mind...This is right up there with the famous Monty Python number, Always Look on the Bright Side of Life!  Even has the whistling...and you know how to whistle, don't you?


Update: A comment linked to the following youtube, which is kind of amazingly on point (not least for some music from 9 Inch Nails which is downright uncanny).  So, thanks, Richard (author of Against The Grain which I now must read) for pointing me towards the films you mentioned that are excerpted in your fascinating video, I can't wait to see them also.  Perhaps you have some advice about the caged animals.  I feel so terrible and ashamed that we have had two birds in our kitchen for many years, and I know I can't let them go because they would die instantly.  But I often think now, especially when I am watching the staggeringly graceful swoops of wild birds outside and how high and fast they go, how incredibly maddening it must be to have the ability to fly and never, ever be able to do so.
Posted by Gail Zawacki at 1:16 PM