From the dark skanky alley of his New York Times global warming ghetto, famously odious egomaniacal anthropophagist "Andy Revkin" invited some equally repulsive zombies to crack open James Hansen's skull and eat his brain, which they did with gruesome alacrity.  The only quibble I had with the original op-ed they so lustily dismembered, in which Dr. Hansen referred to thousands of deaths in heatwaves, is that what actually sends people to the hospital in droves are the elevated levels of ozone...although, I suppose you could argue, ozone is certainly worse due to extreme heat from climate change.

I guess this time the attacks that he published - against the most important and selfless hero that climate science has ever known - are so abominably repugnant that Joe Romm hasn't even deigned to recognize this vulgar bloodbath by disproving the slanders in one of his usual scathing reviews...at least so far, which is too bad, because I would quite enjoy reading it.
On the other hand he did run a column about how wonderful it is that our military is planning for climate change, a notion which happens to be, aside from Revkin's lunatic feast, the source of my latest incredulity at the depths to which human beings will stoop.  I left a comment there which was followed by another from "Wili" that I liked even better.  I'm going to post both of them with some pictures I took this morning from Landenberg, PA. 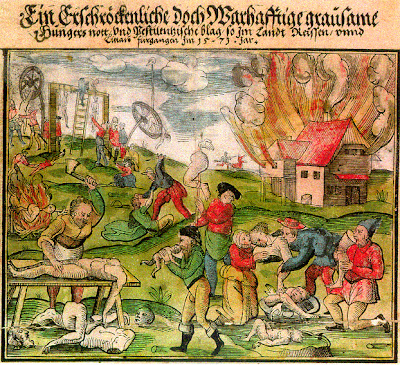 I saw the following image on facebook, which isn't exactly an earth shattering revelation or anything, in fact I don't even know if it's true.  But it got me to thinking more about the topic, and led me to a book called "War is a Lie".  It's also the name of a companion website which has intriguing information that I intend to pursue when time permits. 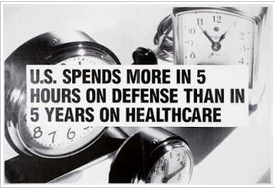 At the moment however I'm too busy, visiting middle daughter's house, while cooking for a barbeque tomorrow that will celebrate her graduation from UPenn Vet on Monday.  (YAY!)  She and several other students share a McMansion that, like so many these days, has been vacated by the owners and is now rented out.  It's in a development of identical montrosities that is only a few years old, in what was obviously until very recently a glorious, hilly wood.  There are still many huge old trees in the 3-acre parcels, and the view across the valley it overlooks still seems pretty green...but as a more careful perusal of the tree crowns reveals, these old and gorgeous beech, tulip poplars and oaks are dying from air pollution. 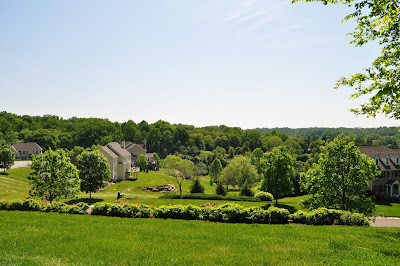 The bark is falling off, like on this oak...but the most striking effect are the many branches that aren't leafing out.  Following are the comments from Climate Progress and photos of the trees around the house. 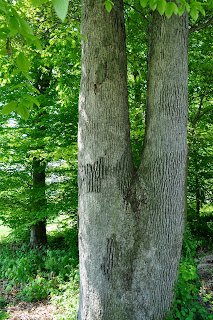 My comment:  Biofuels are neither clean, green nor renewable, either in terms of production or emissions. The solar and wind are just window dressing – you’ll never run tanks, warships and planes with them. 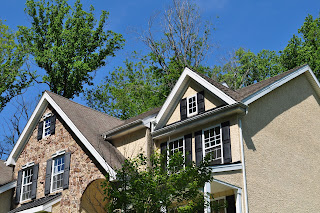 Better for the military to bring the troops home from wars for oil and propping up international corporations that illegally extraction resources from indigenous people. Put the troops to work at home instead, refitting buildings and planting permaculture farms. 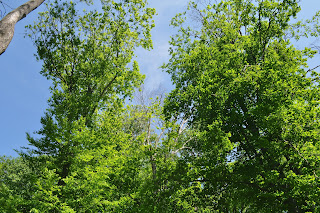 Current proposals are just moving deck chairs around on the Titanic, and “green” organizations that get all excited about the military supposedly understanding climate change are just greenwashing. They should be demanding a quick end to this declining Empire and its wars instead. 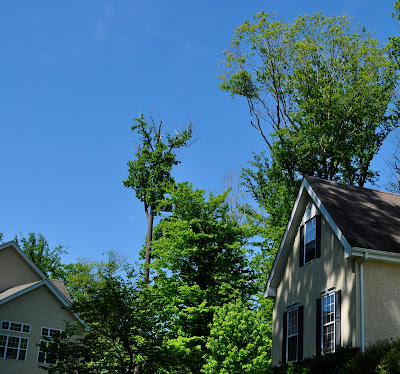 Think about what it would be like if our enormous, bloated military didn’t exist.

Suppose then someone proposed starting to spend trillions of dollars every year building enormous machines for killing people and destroying things. 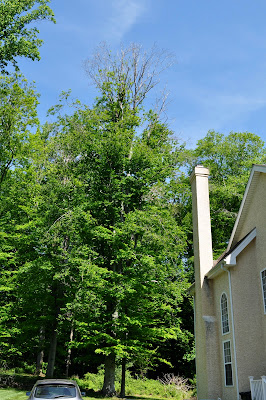 Would your first thought be, ” Ah, this will be a truly pro-environmental, ecological, earth-friendly endeavor, as long as they use a little bit of bio-fuels or wind power once in a while.”
The notion it absurd on the face of it. 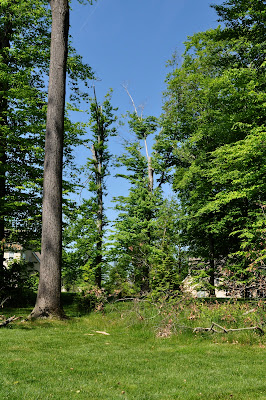 The one thing that our military could be used for is to permanently shut down all mines and wells that are busily UN-sequestering carbon (as well as the plants that process these pollutants-to-be), since these represent an existential threat not only to the nation, but to global civilization and to life on the planet. 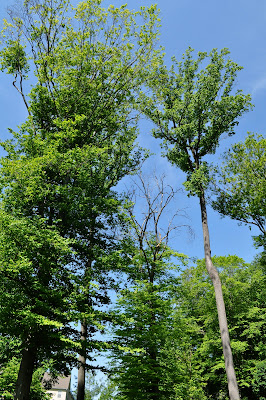 But that does not seem to be high on the priority list for our fearless leaders. Instead, the armed forces have been and will continue to be used primarily to be sure that “our oil under their sands” continue to flow like a torrent into our SUVs and thence out into the atmosphere. 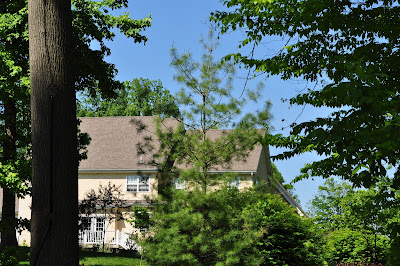