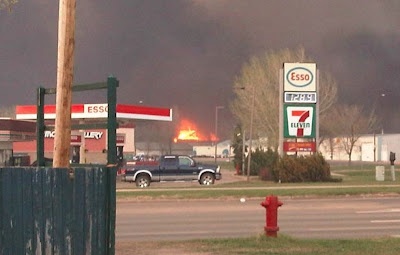 In the aftermath of a devastating wildfire that destroyed much of the town of Slave Lake in Canada, an article in the Edmonton Journal invites ridicule by deniers in the comments by making an explicit link between extreme weather around the world, and climate change. 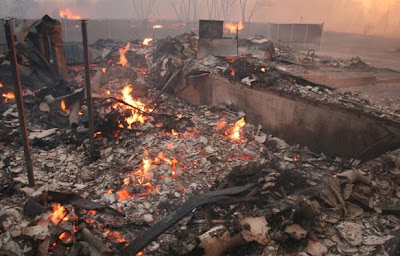 Even so it contains this absurdly optimistic assertion:  "Complicating the picture is that not everyone in the world is going to be a loser under climate change. While yields from wheat and corn crops have dropped worldwide the past 20 years, according to a new study, yields in North America haven't changed at all -making our grain farmers the winners in a world hit by higher food prices." 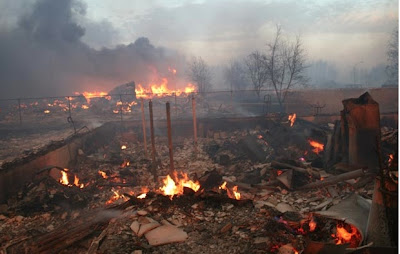 Just wait!  Let's see what the 2011 harvest in North America produces following the unprecedented drought ongoing in Texas, and the unprecedented Mississippi floods, still approaching a crest...and it's only May.  We still have a long, hot summer to get through. 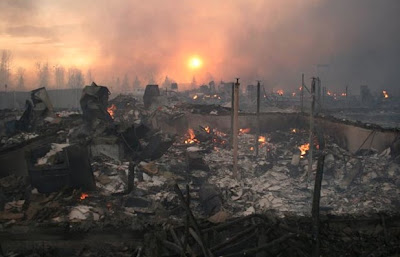 From the perspective of Wit's End, there is another dimension to such wildfires that is even more controversial than droughts that result from climate change, and that is the accelerating decline of vegetation from exposure to the "other" toxic greenhouse gas emissions - those invisible volatile organic compounds from burning fuel that create tropospheric ozone. 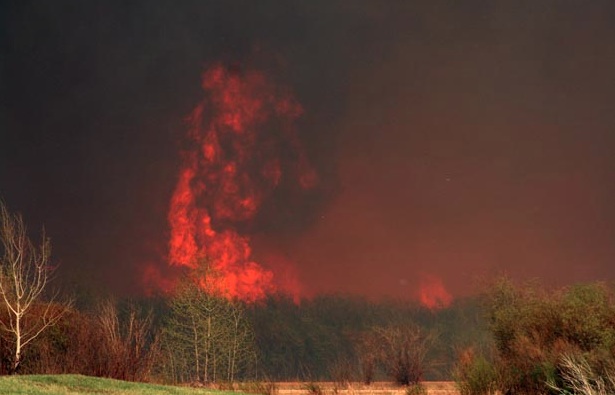 It has long been my expectation that the dieback of trees and other plants will result in hitherto unheard-of outbreaks of fire.  (For a short explanation as to why, read this older post). 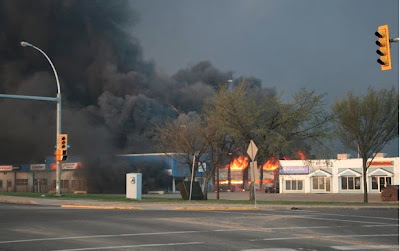 I fully expect to see this sort of scene around my home in New Jersey, starting first in the Pine Barrens, which have always been prone to burn, but spreading north and west to areas previously unscathed. 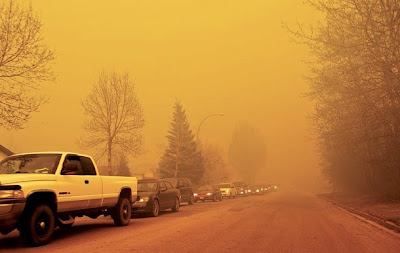 Will people start to wonder when they are trapped in smoke, with no visibility, on a sunny day, in evacuations? 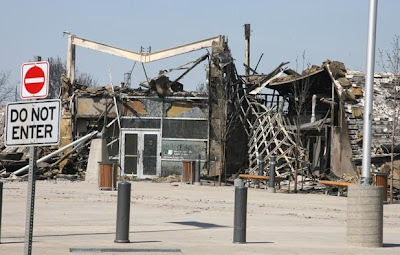 I greatly fear for any preservation of civilized society when there just aren't going to be enough first responders to rescue everyone in the path of fires and floods and tornados. 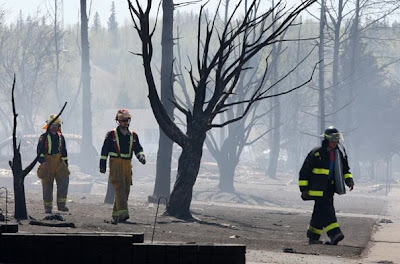 Do you suppose the general public will ever make the connection between their love affair with inefficient transport and the destruction of their homes? 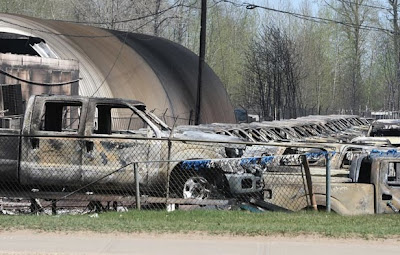 It's easy enough for Americans to dismiss such carnage when it is occurring somewhere far away, like heat waves in Russia or floods in Pakistan or Columbia...but it's getting closer and closer to home now. 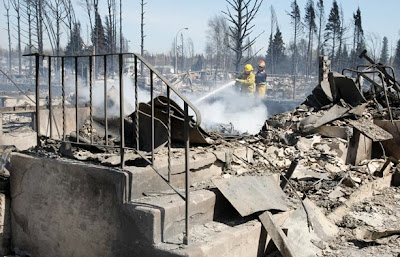 When neighbors are overwhelmed with their own disasters, neat refugee shelters like this one will quickly take on the chaos, filth, crime and death that prevailed in New Orleans after Katrina. 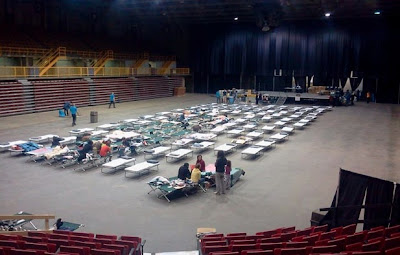 The above photos are from the Edmonton Journal of the fire in Alberta, and the aftermath.
Posted by Gail Zawacki at 8:27 AM