This article at NewsObserver.com (forwarded by climatecide) describes the impacts of the tragic oil spill in the Gulf as "...localized, short-term and trivial compared to the broader effects of climate change..." in the oceans.

Of course I couldn't agree more with this statement:

"...every day we are releasing several thousand times as much carbon as the Gulf spill by driving, flying and consuming and by heating and cooling our energy-inefficient houses." 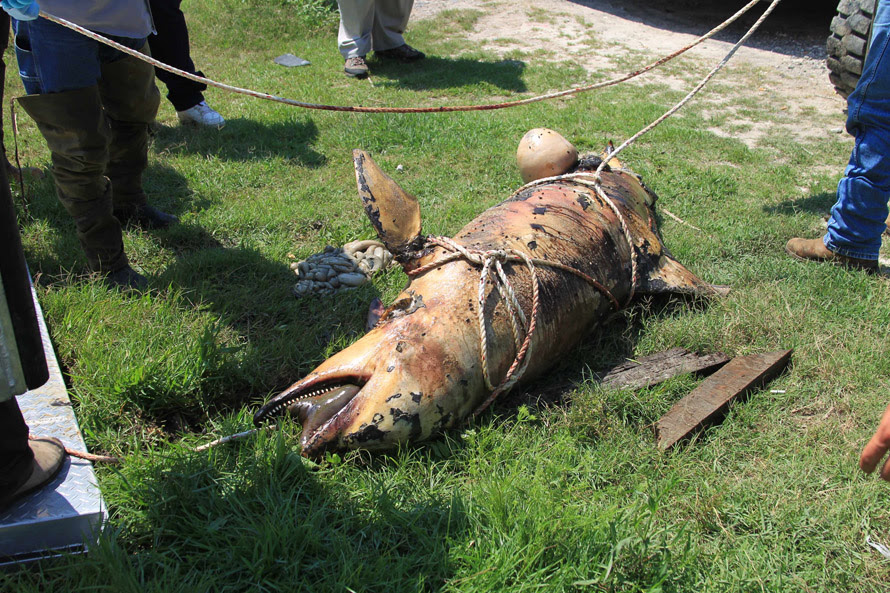 This observation seems like pure common sense and yet the US Chamber of Commerce would demur:

"In retrospect, the costs of preventing the spill by installing more reliable safety systems are paltry in comparison to the economic losses in the tourism and fisheries sectors. The same is true for mitigating climate change."

"Nearly all of the debate - or at least what is depicted in the media as a debate - about global warming has focused on land surface temperatures. However, over 85 percent of the extra energy trapped by soaring greenhouse gases has gone into the ocean."

Of course this is preposterous:

"...a growing number of scientists from a range of fields have advocated that we keep the concentrations of atmospheric carbon dioxide below 450 ppm (parts per million)."

450 ppm is way too high - we are a little over 390 now, and fast careening over tipping points to which there is no return. 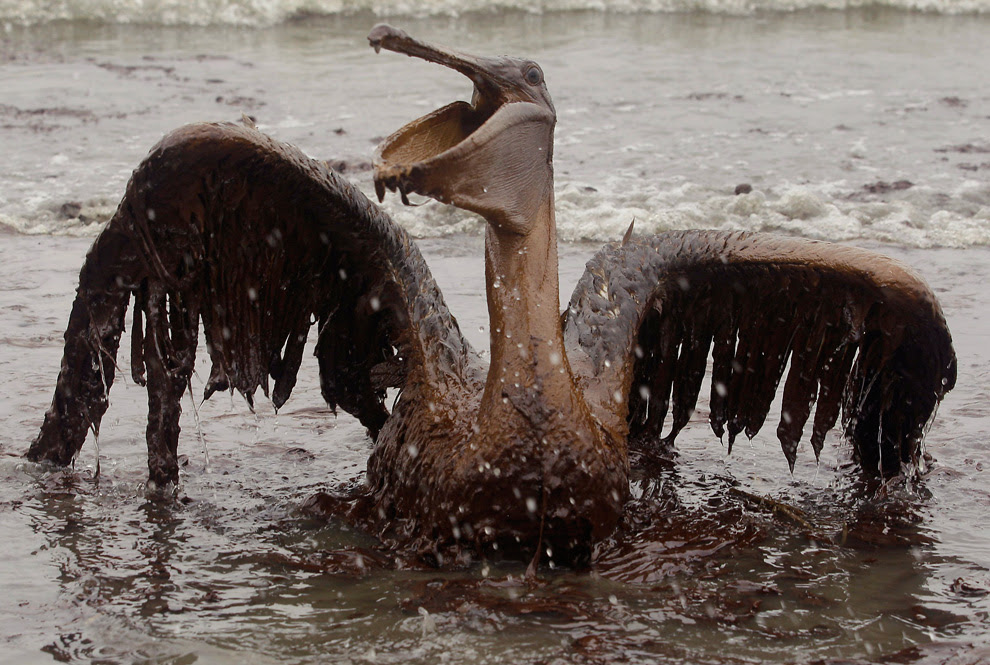 But in general I agree with this assessment - it reminds me of the incredible myopia mentioned so casually in this iconic and essential video about ocean acidification, where one of the narraters says with chirpy nonchalance: "Scientists used to think this [oceans absorbing CO2] was beneficial!!" because it masked the real warming on land. What is going to happen when the ocean stops absorbing all that excess energy? How hot will it get, how wild will the storms become? 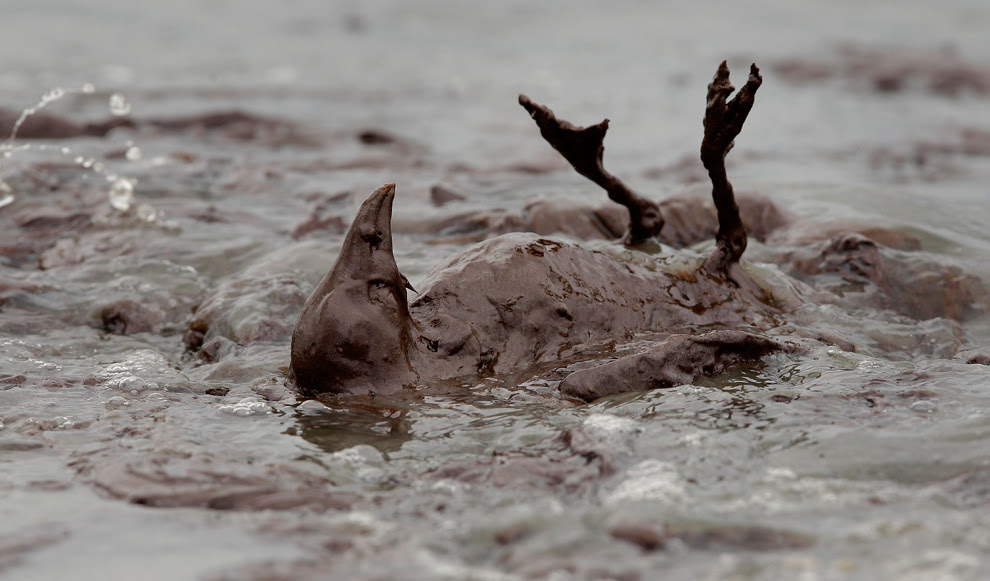 In any event, now that the acidification of the oceans is finally getting attention as the urgent, life-threatening disaster it has already become, I am still hopeful that the parallel collapse of the terrestrial ecosystem will garner some recognition. 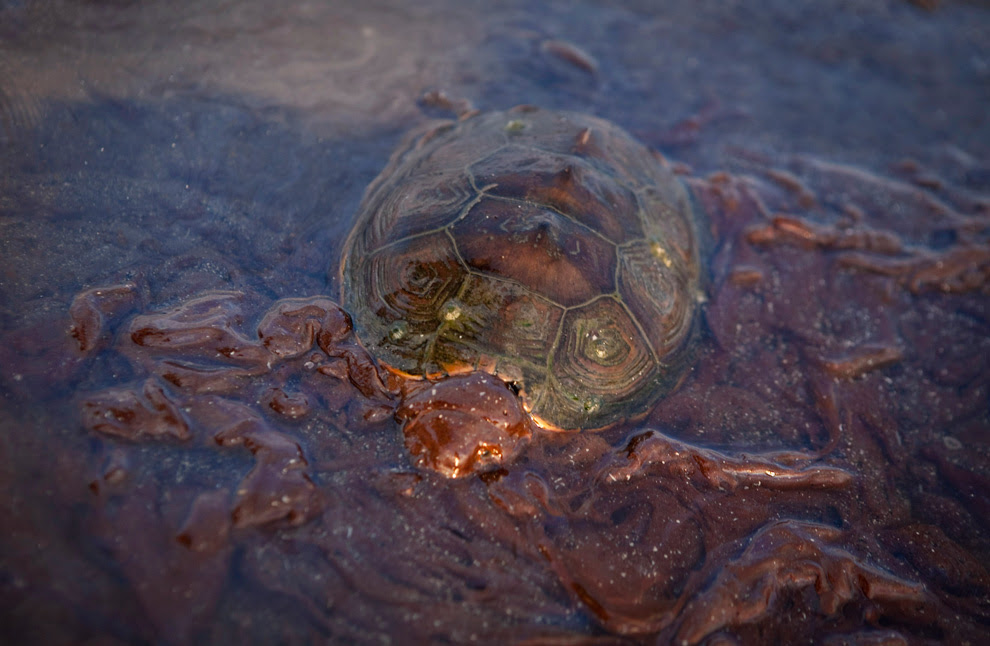 As the article says, the visible spill in the Gulf is a microcosm of the emissions we put into the atmosphere every time we turn on a light or start our car engine. 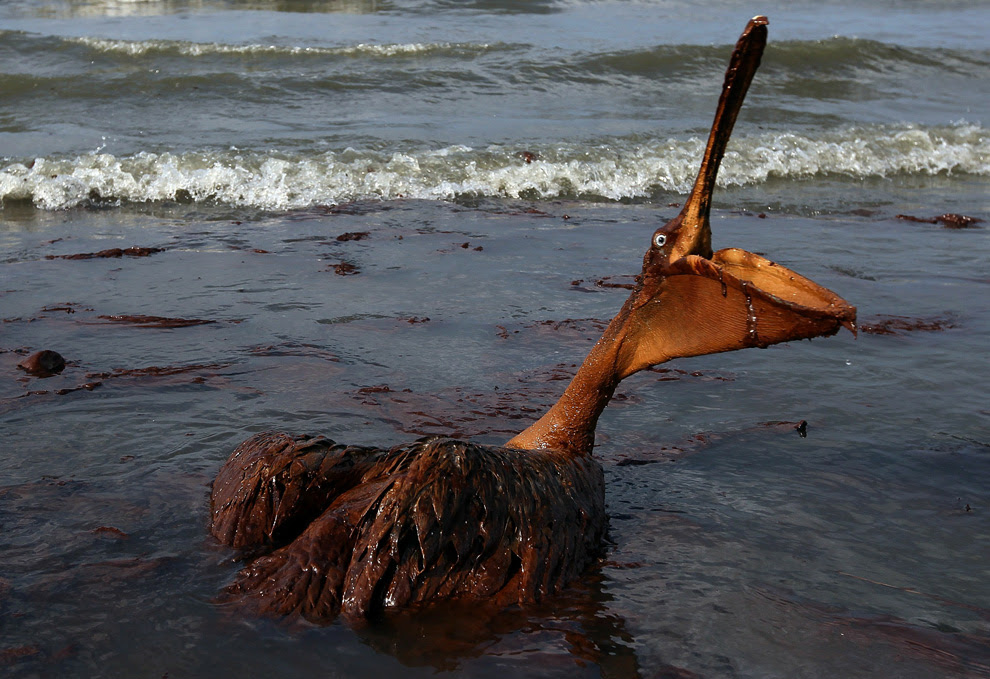 Th0se "other" emissions - not CO2, but the companion pollutants from coal and oil (nitrous oxides, sulphur dioxides) and biofuels (acetaldehyde) that when exposed to UV radiation form noxious ozone in the troposphere - are destroying plantlife on land just as acidifying water is dissolving calcium based shells in the seas. 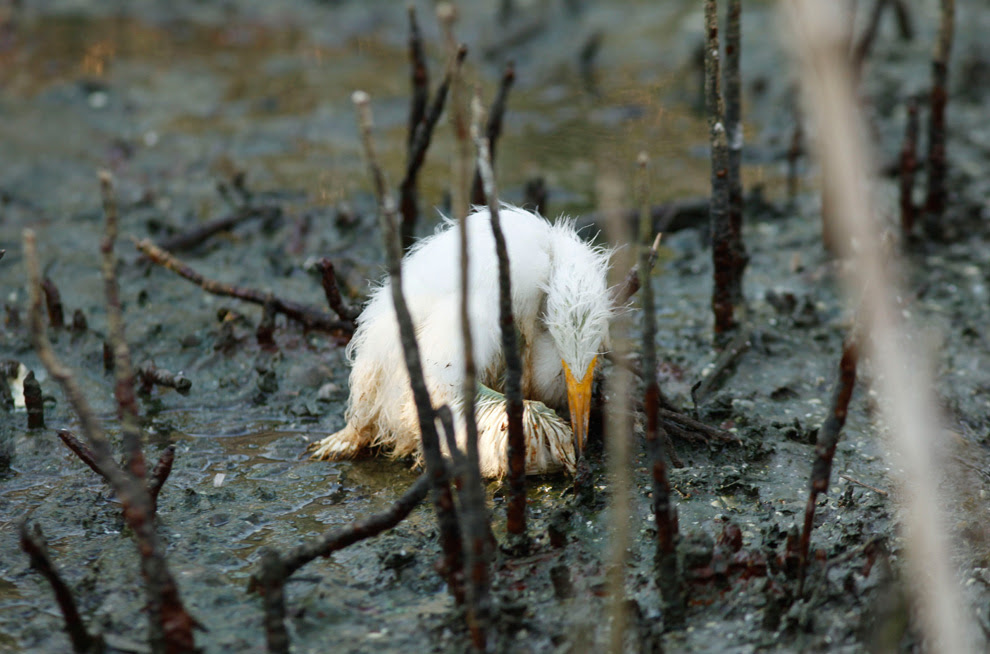 For my part I think we should call the Gulf spill Pandora. 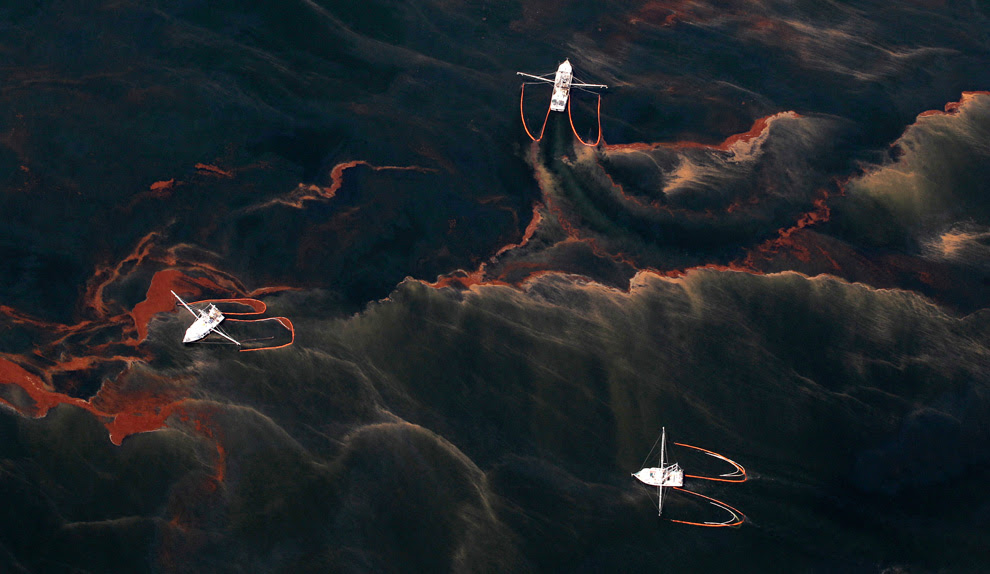 Video and photographs found here.
Posted by Gail Zawacki at 11:38 AM