In the wake of the massacre in the theater - labeled by HuffPo (despite vociferous reader objections) with predictably acutely nuanced delicacy callous, craven sensationalism "Horror in Aurora" - the expected lament "Why why why?" is echoed over and again.  As usual people project upon it their prior assumptions.  Society has become Godless, kids play too many violent video games, America has too many guns (Norway anyone?), working mothers abandon their children, the shooter is a closet gay.  So hey, I may as well do the same, and offer my personal peculiar Ozonista perspective, since media obsession with this event will no doubt eclipse any interest in the science about an ecosystem collapsing from air pollution, for a least a few news cycles until amnesia sets in.

The two commentaries that resonate most with me, which are both brief and well-written, can be found at Bill Hicks, and Collapse of Industrial Civilization.  I recommend them both, titled respectively, There are no Superheroes, Just a Decadent and Depraved Culture and The Jokes on Us, Guns in a Sociopathic Society (which embeds two extremely funny videos guaranteed to bring a little levity to the grimness if only for a couple of minutes).

Most interestingly, with cosmic synchronicity, Nature Bats Last published a post just days before the tragedy, titled Global Madness, which is worthy of perusal - including the comments wherein one anon, tortured by existential grief, is moved to announce to fellow readers his imminent suicide...which then becomes quite the topic for discussion.

It is what he expressed - the inconsolable, bitter rage and helplessness that accompanies the sense of irreplaceable loss discussed in my post about a virgin forest in New Jersey, Anagnorisis - which underlies the escalating virulence in our culture of death.  There have always been Cassandras predicting doom, often prematurely.  But the difference is that now, most people are so removed from any connection to the whole of life, they know it only as a corrosive subliminal horror they must stifle, and become mired in efforts to avoid the waking nightmare that surrounds them.  In this video a witness to the attack is interviewed. 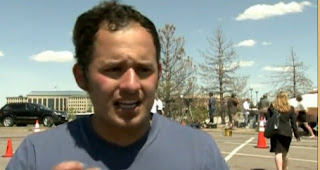 Do you see the dead trees?  People pass through scenes like this every day, in cities and suburbs and even wild preserves around the world nowadays, and only collective insanity and delusion can explain how they manage to walk by obliviously without stopping in astonishment and terror to ask WHY, WHY WHY is nature reduced to a pathetic vestige of normal, with the same degree of horrified anguish that accompanies senseless murders.  Yesterday I rented the 1992 movie, "Last of the Mohicans" from itunes to watch on my laptop.  It was set of course in upstate New York, but was actually filmed in an old-growth forest in North Carolina. 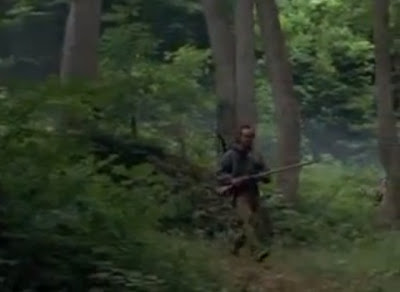 The contrast between the scenery only twenty years ago and the devastation I just photographed at the virgin forest linked above couldn't be more stark.  Despite decades of acid rain, the forest understory surrounding huge trunks was still lush with glossy deep green laurels; the canopy was dense and verdant allowing only the occasional bright stream of sunlight to penetrate the shady groves; lustrous shrubs and trees sprang in vigorous defiance from every crevice in sheer vertical rock cliffs.  Even the water in the rivers and waterfalls looks startlingly clear and clean.  You can see clips on youtube, where I found these screen shots - but you would be doing yourself a favor to watch the whole movie in better quality and ask yourself, when was the last time anyplace looked remotely so achingly gorgeous?  We have mostly all forgotten.

The famous and heartbreaking story is the saga of the extinction of one tribe of Native American - and how they were turned against each other.  Now we are faced with the extinction of oh, just about everything.  It would be a wonder if people didn't go mad, regardless of the proximate cause.
Posted by Gail Zawacki at 10:01 AM