Doomers Realists everywhere will miss Catastrophe Map, which has permanently closed shop - although you are encouraged to browse their 2020 Foresight Prophesy Service, the second of which is (ta da!):


2. WHAT HAPPENED TO FORESTS 2020: The Collapse of Forest Ecologies World Wide Will Be Irreversible
Actually they are irreversible now, but most people pretend they don’t see the sickness in forests from the American West to Siberia. The beauty is, humans won’t get a chance to cut down the last of the old growth forests: a combination of pollution, climate change, mega wildfires and insect infestation is stressing most of the world’s forests to the breaking point.


By 2020, all of mankind except Republicans and extractive industries will be able to see the evidence and sound the alarm with a great gnashing of teeth. Those that aren’t trying to save the forests will be busy busy busy planting new ones. But they won’t be the same forests at all. They will be crops. 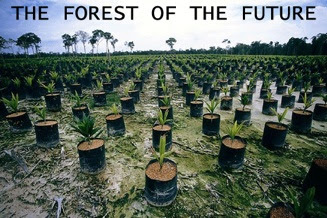 In the farewell, they left us with these words of wisdom in their Free Guide to Enjoying the End Times (with lots of links to colorful illustrations!):

Do Worry About: Whether your favorite Dancing with the Stars contestant is treated fairly. When you watch important TV events, pay close attention to the grassroots ads Clean Coal ads running. Every word is true.

Do Not Worry About: The devastation of Appalachia by mountaintop mining. The hundreds of toxic coal ash “impoundment” ponds leaching arsenic, mercury, concentrated radioactive waste and cadmium into the groundwater. The destruction of valleys and streams by coal companies. The lies about restoring the land to its natural state.
Do Worry About: Your smart phone. Is it really the best model? Does it have cooler features than those of your co-workers? Is Android going to prevail over Apple? Stressful.
Do Not Worry About: Extreme weather. Those unprecedented tornado superoutbreaks, record heat, record cold, record snow, epic floods on all continents, unrelenting drought on all continents, land hurricanes and biblical hail events never before seen? Liberal media conspiracy. It’s all part of a cycle.
Do Worry About: Celebrities
Do Not Worry About: The death of the oceans. The acidification that is killing off coral reefs. The extinction of the great game fish. The 50% decline in phytoplankton levels. Trash gyres the size of Texas, literally choking ocean life to death. The 400 dead zones, large areas where the water contains no oxygen and nothing can live. The collapse of commercial fisheries.
Do Worry About: Your Cable or Satellite Package. Are you getting every single NFL and college game? While you watch the games, make sure to absorb the grassroots ads for natural gas (methane), produced by hydro-fracking. Every word of those ads is true.
Do Not Worry About: Toxins and pollutants in the air, water, food and everywhere else. Is that smog in Wyoming? Where did that come from? Allergies? Autism? Learning Disabilities? Cancer? Funny looking frogs. Funny looking fish. Funny looking people?
Do Worry About: Your Disneyland package. Is the VIP pass included? Will you have to pay extra for mouse ear hats.
Do Not Worry About: Nukes. Scientists and engineers know exactly what we’re doing. Cooler heads will prevail in Iran, where they believe the return of the Hidden Imam will bring about the End Times. Ha. Dumb ass Islamists! Wrong messiah! Eventually, all of the abandoned mines and contaminated sites around the planet will be cleaned up. As soon as the money frees up.
Do Worry About: Your golf game. It’s not you, it’s your clubs. Keep trying the latest golf technology and you’ll become the Tiger you always knew was in there. Believe.
Do Not Worry About: The global death of the forests. Enjoy those sickly red evergreens and pretend it’s autumn. Sudden Oak death. Wildfires on an unprecedented scale. Pollution, Pine beetles and other once controllable pests laying waste to the western forests.  It’s not like there won’t be forests: they will just be different. More orderly, everything lined up. Easier to hike.
Do Worry About: Jesus and Mohamed. Which was taller?

Do Not Worry About: Food. A supply of healthy, nutritious and tasty food is assured by the Bible and the U.S. Constitution. Not for Somalia, but for here. Epic floods and droughts only affect other places. Somewhere on the planet, crops are growing. No matter how many superweeds and pesticide resistant mutant bugs infest their miracle crops, Monsanto and the boys will have a solution. A science solution.  And there will always be fish in the sea. Have some more sushi. Have some Kobe beef. It’s natural.
Do Worry About: How you look. Does your ass look fabulous in those genes? Is it time for more Botox for the forehead wrinkles, lips and elbows?
Don’t Not Worry About: The Sixth Great Extinction. The world is actually a safer place without, like, large mammals.  tigers and lions and bears aren’t just dangerous to Dorothy, they interfere with the building of new resorts and agribusiness installations.  And elephants are more dangerous than people realize. For all you liberal alarmists: we will still have zoos and picture books. What has a large mammal done for YOU lately?
Do Worry About: Homosexuals. They are ruining the institution of marriage. If you are having problems in your marriage, it could be due to homosexuals.

Following is their Vision Statement:
The CatMap Editorial Board collectively believes that the evolutionary assets of the humammal species are leading to a cataclysmic and accelerating deterioration of the habitat (Earth) and a precipitous population decline related to that deterioration. At one point in time, destruction of our habitat was avoidable and reversible, but now it appears to be unstoppable.

The Editorial Board would prefer this not be the case. We would love to have maybe just a few wild tigers and elephants alive in 20 years and even delay the Sixth Great Extinction for a while. We would be thrilled simply to maintain what’s left of the astounding and beautiful diversity of flora and fauna on this planet. If we could stop mountains from being leveled, remaining old growth forests from being clear cut and lakes, rivers, and oceans from being used as toilets, that would be super and would most definitely receive the CatMap Editorial Board stamp of Approval.

But this is not what’s going to happen.

Because…For every well meaning citizen conscientiously recycling their bottles, limiting their carbon emissions and trying against all odds to live sustainably, there are a thousand others who are craving Chevy Suburbans, big screens and little gadgets, swigging on vitamin enhanced BPA bottled water and sucking down their chemical enhanced diet cola, dining on antibiotic, pesticide and hormone laden burgers and marshmallow cereals with special prizes inside every box, ignoring Monsanto, Dow and Massey Energy but knowing every detail about the Miami Heat and Chicago Blackhawks, wearing shiny shinies on their ear lobes and car wheels while miners die to get the precious, precious and worrying about whom other people marry but not concerned about whether other people have food to eat, arguing endless about the details of rigid laws issued by deities no one has ever seen while ignoring the extremes of poverty and misery that are unprecedented in scope, destroying thousand year old trees to make toilet paper, spending whatever is necessary to enhance quality of life for their bitchy little designer dogs, murdering whales for national pride, bowing in piety to the deity multiple times a day while flaying those whose facial hair is incorrect, I mean cramming their suburban maws face full of Prozac and Xanax while being simultaneously appalled – yes, appalled – by the moral deficiencies of heroine addicts, sweeping the seas of all life for the pleasure of eating strangely wrapped delicacies, slaughtering the last of the magnificent great cats so hot babes can wear the skins, desecrating the artifacts of native religions while ready to kill in order to protect the sanctity of a cross, obsessing over honor while committing genocide, spending a fortune on dresses for the Bishops who cover up child rape while forbidding women from serving as priests, building crappy new malls while crappy empty malls lie in ruins, spreading cookie cutter starter castles and town homes across the vales and hills while urban cores become battle zones and the war on drugs maintains an infrastructure that no longer exists for its original purpose, ridiculing evolutionary* science while attempting to force Sumerian creation myths into schools, while simultaneously demanding absolute scientific proof that the climate is changing as tornadoes and hailstones pound away at their Oklahoma bunkers, that’s right, I’m talking about the millions who are flying patriotic flags on their dumb Escalade trucks that haul nothing while 19 year olds represent their nationalism to the Taliban, working up outrage over forwarded e-mail accounts of events that never happened while agribusiness and petrochemical pimps sneak out the back door with their tax money, knowingly cashing their pay checks while their employers poison children in the interest of maximizing profits, all the while waiting for God to notice there is a problem, nuking low use population segments in the name of freedom and doing their best to blame it all on illegal aliens, homosexuals and infidels for the ills of the world.

Wow. That’s a little messed up.

And that’s nothin’. Watch as the Chinese and Indians take their turn and quickly surpass the standard of mindless consumerism set by Americans and you will be forced to agree there is little hope that the planet can sustain the plundering of its remaining resources without severe consequences.

Why does the species conduct itself in ways that are clearly antithetical to the best interests of most of its members and to the integrity of its living space? Simple: we are hardwired to behave this way.


On the other hand, don't go down without a fight!! 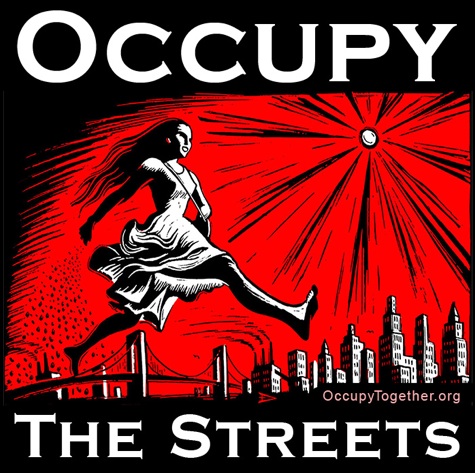