Hell and High Water...Fire and Rain

Ever since I first realized that trees and other vegetation are dying off from exposure to toxic ozone, I have been expecting that certain consequences will inevitably become evident.  After all, even our own recalcitrant EPA was reluctantly forced to admit in their Integrated Science Assessment published in March, that..."current ambient O3 concentrations in many areas of the US are sufficient to impair growth of numerous plant species.  Within an ecosystem, O3 can alter timber production, water availability in watersheds and carbon sequestration; and, it can affect ecosystem biodiversity."

So what does that timidly bureaucratic language really translate to?  Let's parse it!

"sufficient to impair growth" = annual vegetation, whether wild or cultivated agricultural crops, is stunted in both overall size and seed-bearing yields - whereas for perennials, cumulative "impaired growth" over seasons means reduced crops of nuts and fruits and, eventually, death

"alter water availability in watersheds" = as vegetation dies back, there is less shading of the soil reducing the ability to retain moisture from precipitation - and also less evapotranspiration of water from foliage to air...so, things are DRYING UP!

"affect ecosystem biodiversity" = the more sensitive species die out first, to be replaced (temporarily) by hardier varieties until they, too, can no longer photosynthesize and die off too.

With that established, let's move on to what I have been anticipating in the real world as these changes take hold.  One is that wildlife will suffer from lack of nourishment - both from less quantity and lower quality of natural sources, causing many herbivorous creatures to disappear, while survivors, especially omnivores and top carnivorous predators, forage desperately in places they have never been seen before.  There are examples of this emerging constantly in the media.  The most recent I've noticed is about packs of wild dogs as reported in the news article, "Washington Dog Pack Kills 100, Terrorizes Town."  I don't want to dwell on that, suffice it to say, it doesn't surprise me.

Another inevitable result will be that wildfires will increase in frequency and severity - and occur in hitherto immune places (Just Wait).  Of course, climate change all by itself is already causing droughts - but that can't explain why plants are dying in places that haven't been excessively dry, or not severely enough (yet) to have killed deep-rooted, long-lived trees...not to mention that saplings being watered in nurseries or irrigated in developed landscapes have identically damaged and lost foliage.

The UK Guardian reported on a fire just two days ago, with the ominous title:  "Conservationists say wildlife will take at least 20 years to recover after a fire devastated heathland in Dorset."  I don't know why they think it will EVER recover, frankly. 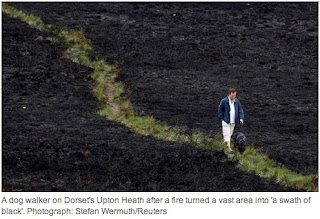 "It took almost 200 firefighters to prevent the blaze at Upton Heath in Poole from reaching local homes.
But they could not stop it wreaking havoc at one of the most important wildlife sites in England at the height of the breeding season.
One police officer said it looked like the heath had been hit by a nuclear explosion and some wildlife volunteers wept as they scoured the site looking for animals and birds that had survived.
Neil Rickett, the incident commander for Dorset fire and rescue service, said: 'I have been in the fire service for 26 years and it is the worst heath fire I have known.'"
In a surreal teevee video about the ongoing fire consuming 50,000 acres in Florida, the reporter points to an unburnt area on the far side of a firebreak and absurdly proclaims, "It's all green!"  They would have us believe that the fire raging is due to a particularly dry season - but those trees have been dead for a while. 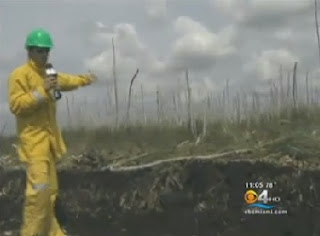 You can watch below (warning, loud commercial first) or else, just note that while the narrater reports from his interviews:  "These kinds of spotty fires are natural and necessary for the ecosystem.  In Florida, small fires spark every 3 to 11 years but firefighters say they are not supposed to turn into wildfires like this," it exactly contradicts this chipper [sorry] quote from the print version of the same story:  "While the fire, which started Sunday afternoon, appears to be quite devastating, Scott Peterich of the Florida Division of Forestry said the fire 'is very healthy for the Everglades....The Everglades were made to burn, and this area hasn't had a good burn in 25 years,' Peterich said...[hold it, here comes my favorite part!]  "Peterich said the fire does no ecological damage to the area.  'The deer and other wildlife know how to get out of the way,' Peterich noted."  Awww...that's good to know, isn't it!?  I guess that's why they've all booked rooms at the South Beach Ritz Carlton!

Joe Romm's book, "Hell and High Water" describes the likely outcomes of climate change as we continue to burn fuel and emit greenhouse gases into the atmosphere, warming the world's average temperatures and chaotically destabilizing weather patterns.  I realize that James Taylor did not write his famous lament, "Fire and Rain" about losing our beautiful Earth.  But I think about that when I hear it, anyway, and my mind wanders to images like the pictures posted below.  In the Arizona wildfire, which now has spread into New Mexico - and midwestern floods this spring - stricken, misshapen trees in the periphery of the fires or standing in floods stand out in stark contrast against both flames and smoke and water, conifers with branches missing needles, and broadleaf deciduous trees missing portions of their crowns from losses in prior seasons.  I'm going to intersperse them with passages from Jiddu Krishnamurti's writings, sent to me by Clive in faraway New Zealand [everything that follows is quoted]:
THERE IS A tree by the river and we have been watching it day after day for several weeks when the sun is about to rise. As the sun rises slowly over the horizon, over the trees, this particular tree becomes all of a sudden golden.

All the leaves are bright with life and as you watch it as the hours pass by, that tree whose name does not matter – what matters is that beautiful tree – an extraordinary quality seems to spread all over the land, over the river. And as the sun rises a little higher the leaves begin to flutter, to dance. 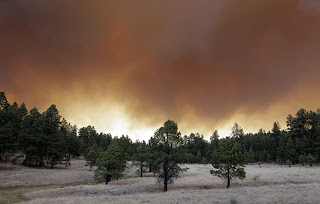 And each hour seems to give to that tree a different quality. Before the sun rises it has a sombre feeling, quiet, far away, full of dignity. 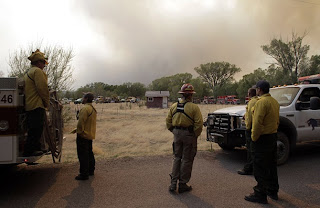 And as the day begins, the leaves with the light on them dance and give it that peculiar feeling that one has of great beauty. By midday its shadow has deepened and you can sit there protected from the sun, never feeling lonely, with the tree as your companion. As you sit there, there is a relationship of deep abiding security and a freedom that only trees can know. 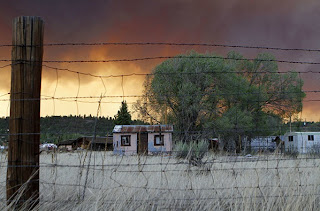 Towards the evening when the western skies are lit up by the setting sun, the tree gradually becomes sombre, dark, closing in on itself. The sky has become red, yellow, green, but the tree remains quiet, hidden, and is resting for the night. 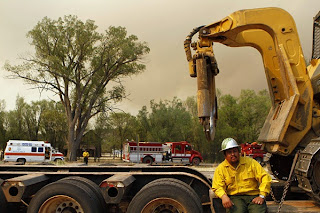 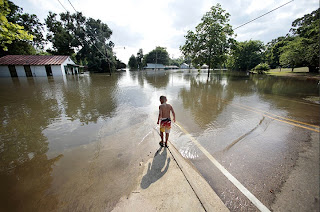 We never look deeply into the quality of a tree; we never really touch it, feel its solidity, its rough bark, and hear the sound that is part of the tree. Not the sound of wind through the leaves, not the breeze of a morning that flutters the leaves, but its own sound, the sound of the trunk and the silent sound of the roots. 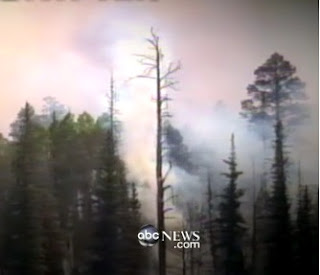 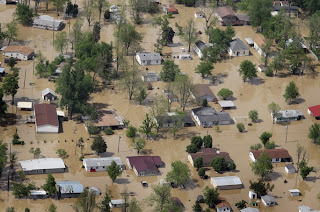 It is odd that we have so little relationship with nature, with the insects and the leaping frog and the owl that hoots among the hills calling for its mate. We never seem to have a feeling for all living things on the earth. If we could establish a deep abiding relationship with nature we would never kill an animal for our appetite, we would never harm, vivisect, a monkey, a dog, a guinea pig for our benefit. We would find other ways to heal our wounds, heal our bodies. 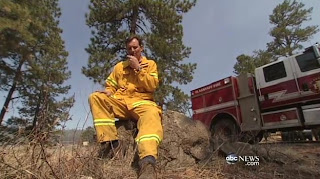 But the healing of the mind is something totally different. That healing gradually takes place if you are with nature, with that orange on the tree, and the blade of grass that pushes through the cement, and the hills covered, hidden, by the clouds. This is not sentiment or romantic imagination but a reality of a relationship with everything that lives and moves on the earth. 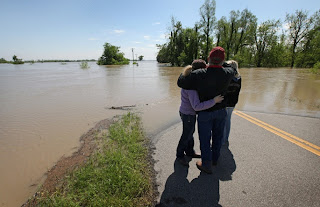 Man has killed millions of whales and is still killing them. All that we derive from their slaughter can be had through other means. But apparently man loves to kill things, the fleeting deer, the marvellous gazelle and the great elephant. We love to kill each other. This killing of other human beings has never stopped throughout the history of man’s life on this earth.

If we could, and we must, establish a deep long abiding relationship with nature, with the actual trees, the bushes, the flowers, the grass and the fast moving clouds, then we would never slaughter another human being for any reason whatsoever. 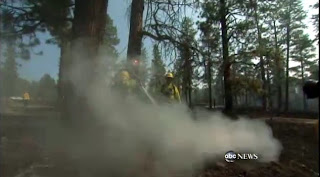 Organized murder is war, and though we demonstrate against a particular war, the nuclear, or any other kind of war, we have never demonstrated against war. We have never said that to kill another human being is the greatest sin on earth. 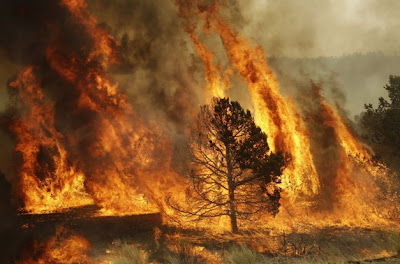