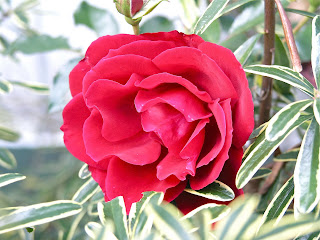 I expected by now to have little to photograph but thinning evergreens and lichens, but it turns out that Nature is still sending signals that we should heed. 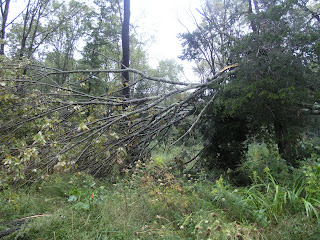 Which isn't to say we won't have lichens! The tree fell on September 12. It already was infected but since then, I discovered yesterday the broken branches on the ground are being totally consumed. 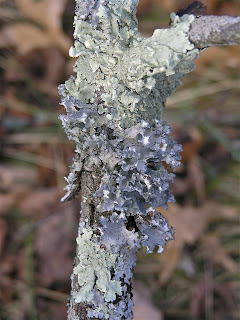 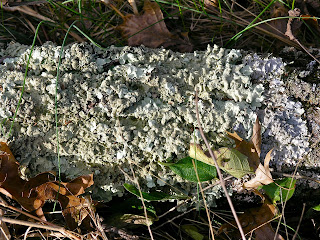 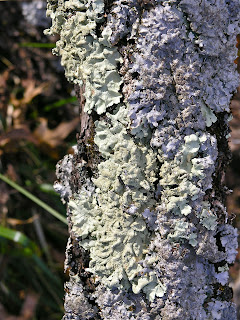 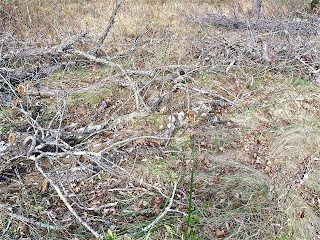 The symptoms of toxic poisoning become more glaring by the day. 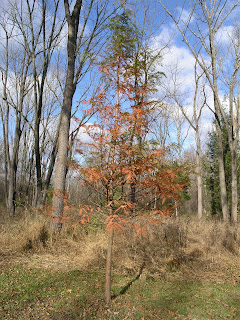 It is clear from the dawn redwood that older needles suffered higher exposure to poisonous greenhouse gasses than the healthier needles that are younger at the top of the tree. 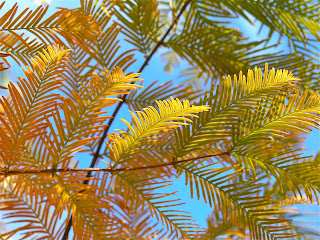 On the Japanese Maple, the early leaves have disappeared, leaving absurd tufts of the more recent foliage which was less exposed to pollution. 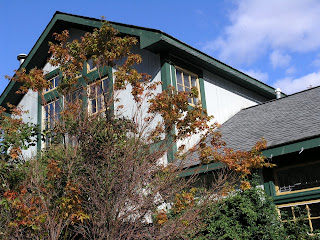 I say less exposed because even the leaves that remain show some damage. 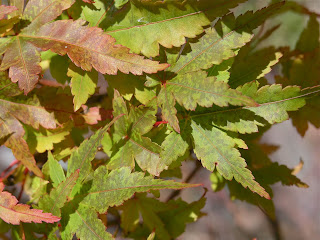 There is no reason for most of them to have already fallen, shriveled, on the ground. 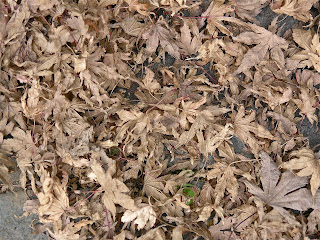 Below is yet another confused flower out of sequence, a vinca that should bloom in the spring. 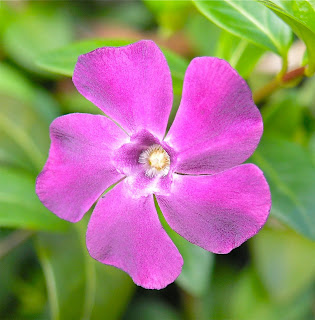 The magnolia also is showing ever more distinctly the pattern of older leaf damage. 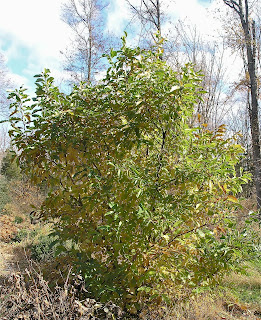 The earliest leaves are heavily mottled, while the new growth is green. 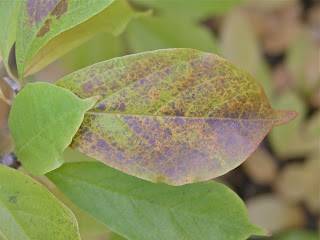 The rhubarb I planted last year. It came up beautifully this spring, then died back and here, it is attempting a regrowth. If you missed it, there's a rhubarb video at the bottom of this post. 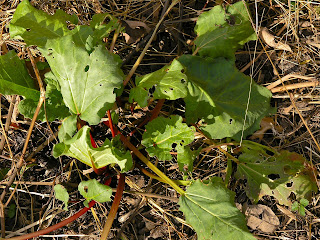 The roses are still blooming so I took pictures just because they are so lovely. 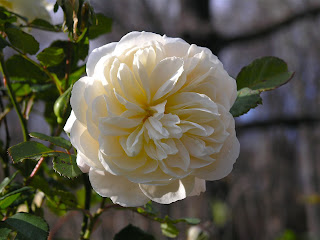 And I was so glad I did, because this morning when I woke up we had a frost. Not the first - the tropical flowers like cosmos and nasturtium have been gone for almost a week. 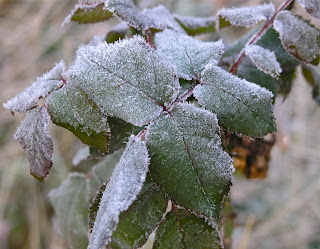 But this time was more severe. 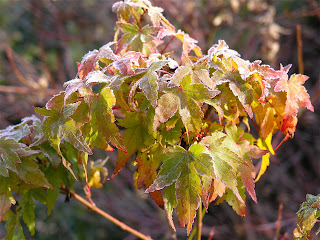 As I stood taking pictures of the magnolia, I could hear the whispers of them softly slipping off and falling to the ground. 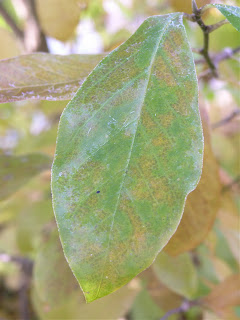 You can still see the difference between older and newer, less damaged leaves. 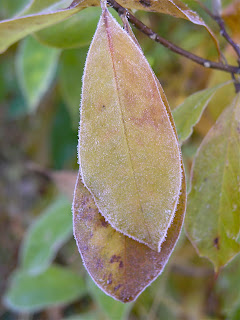 But soon they will all be gone. 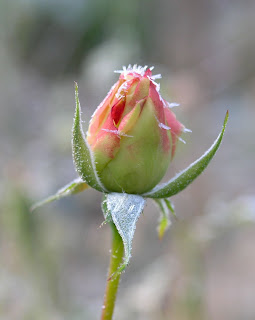 Thanks to a prolific researcher, the ever watchful and erudite Richard Pauli for sending me this link to a post by Adam Sacks on Grist. It is a followup on a series that is worth perusal and can be found by clicking the clickies in his article.
Here is the latest dispatch from Paul Gilding, which also speaks the unvarnished truth, and has some solutions we should all be pondering.
Posted by Gail Zawacki at 12:32 PM