The images from the Toronto flood are astounding considering it derived purely from a rainstorm - not a huge hurricane like Sandy, or several rivers overflowing with snow melt. 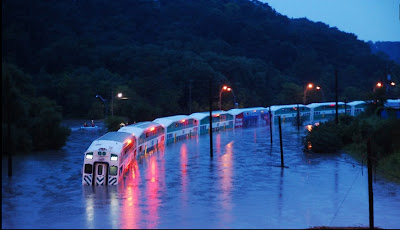 Meanwhile, although no one puts it together, the country is awash in local news stories about trees falling. 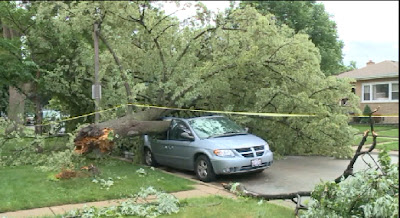 These screenshots are from video in Chicago, a spectacle now becoming so familiar and typical that people are inured to the unprecedented damage being done to houses, cars and power lines. 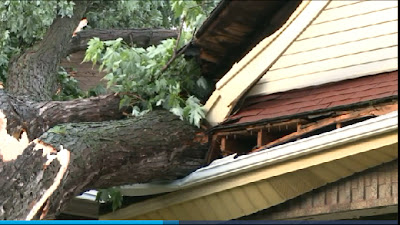 Reporters scurry from neighborhood to neighborhood, showing the destruction without ever noting that the trees are rotten inside.  No doubt they have no idea air pollution is causing it. 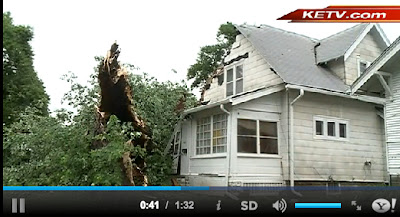 The Landslide Blog has up-to-the-minute video and satellite from the latest disasters in India and China.  Of course the precipitation is heavier now - but logging, development, and widespread decline of vegetation from tropospheric ozone are no doubt playing a role as well. 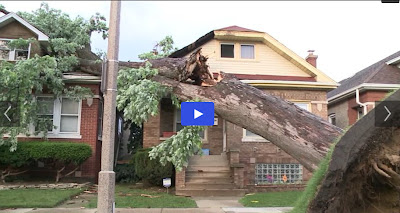 Meanwhile Las Vegas is roasting within easy sight of a wildfire which "is burning through dead trees and dense pinion pine". 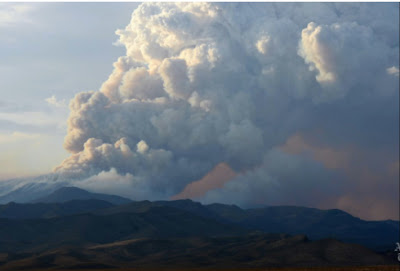 This morning I got a compliment (I think!) from another commenter over at Nature Bats Last: 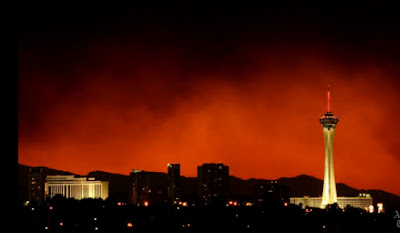 The main premise of Guy McPherson's blog is that we are headed for near term extinction (NTE) and so the guest essays and much of the discussion that ensures are generally about how it will transpire, and strategies for coping with such terrible knowledge - often alone. 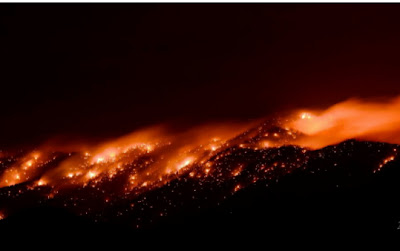 Gail, you are absolutely on fire. Out of all the great commenters hanging out in this space, you’re the one who’s artfully linking all the pieces together. Perhaps it’s just my analytical background, but I really appreciate an ability to pull together disparate threads of history/facts in order to build a picture of a cohesive whole.
In fact, your recent run of comments appears to have enough substance to run a blog along similar lines as your ‘friend’ Orlov. You’ve got the perspective on all the key inputs to put out fresh material every 3-4 days. If I make one suggestion, just dump the weepy shit about dying trees & leaves falling and move into top level NTE geo-politics that is already in play.
If you can just make the last leap to embrace the notion that there’s a lot of other people who understand perfectly well what is occurring, and have been busy little beavers setting up the infrastructure to support a legal state in which to preserve control during the coming dark ages, I dare say you’d be a major hit.
The beauty of linking the past with the present (and future) is that it gives you ample topical material in which to publish fresh commentary/observations on the ever increasing & obvious movements afoot.
He wrote that in response to what I wrote earlier:

At least, I'm glad B9K9 confined his description of Wit's End as "weeping" about dying trees, because if he'd said "sniveling" or "whining" that would have been worse, and besides it would have had sexist connotations.  Maybe weeping does too.  B9K9 may be correct that the powers that be are well aware of the imminence of collapse, and are fascistically preparing to survive it by readying the FEMA camps and stocking up on ammunition.  I tend to think they are just as likely to have the denial gene as everyone else but heck, all they'd have to do is watch the video embedded below from the History Channel (which, incredibly, has received only 14,900 views)!

"Prophets of Doom" presents a decent overview of the multitude of converging catastrophes (except trees of course!), well worth the hour and a half to watch, especially for neophytes unfamiliar with the issues.  But I couldn't help being taken aback by the introduction, with the narrator's deep voice intoning ominously that all throughout the history of empires, visionary men have warned of impending collapse and yet been ignored by the public and the leaders of the day.  And then it goes on to interview several men about their vision of apocalyptic collapse.  It was so obviously lacking a female voice that I couldn't help thinking that maybe if I was a man, more people would take seriously the threat to trees - and existence - that is the subject of this blog.  You think?  Should I change my name to William?
Posted by Gail Zawacki at 1:14 PM