The Tar Sands Action group (which essentially is = to Bill McKibben) has deliberately made what they apparently thought was a very clever strategic decision, which is to directly warn Obama regarding support in the next election if he doesn't choose to halt the pipeline from Canada - an empty threat which seemed really stupid to me when I learned of it.  Now they're being called out as fools, in this Time article "Greens Are Justifiably Mad About the Oil Sands Pipeline.  But Sitting Out 2012 Elections Would Be Insane."

"...if you believe as Hansen and Bill McKibben that climate change is an existential threat to the human race, demanding immediate and overriding action, than Obama hasn't done nearly enough—nor have any of us. But greens are wrong to make their political stand on the Keystone pipeline, an obscure piece of infrastructure connected to a fossil fuel resource that isn't even American. How much will that matter to most Americans outside the green hardcore? Is this really the climate judgement upon which Obama should be judged? I don't think so.


And then there are the consequences. Environmentalists cannot possibly be serious when they threaten to sit out the 2012 elections if Keystone XL goes through. They cannot. With the exception of Jon Huntsman—who has about the same chance as you or I of becoming President—every Republican presidential candidate has expressed serious doubts about climate change, at the very least, and has threatened to eviscerate or even eliminate the Environmental Protection Agency. If greens want to sit out the election and help a President Rick Perry or a President Michele Bachmann become a reality, go ahead. It might even feel good. But the consequences would be far, far, far worse than any single pipeline."

In fact, making the pipeline the focus of the biggest environmental action since Earth Day always seemed misplaced to me, not least because every indication has been that it is going to proceed notwithstanding. Mostly though, there is so much more that *IS* an "existential threat" that the pipeline is the least of it. And now the State Dept. ruling referenced in the article, saying there would be no significant negative environmental impact from the tar sands - a judgment so lacking in common sense it is just surreal- is tantamount to the administration jeering at the whole protest.   It's Obama's State Department, after all.

If 2000 people are galvanized to travel to DC to get arrested, it ought to have been about the entire industrial, corporatist system that has created all these converging catastrophes, not just one relatively minor source of total emissions or potential leaks. But I guess most activists and scientists are nothing but chickens when it comes to tackling the underlying assumptions that propel human civilization towards an earth-scale Easter Island fate.  I'm not sure why they bother to whine and complain unless it just makes them feel better.

"Global warming pollution is far from the only reason that Hurricane Irene shouldn’t be thought of as a 'natural' disaster. Much of the devastating potential of Hurricane Irene will be a consequence of past decisions about land use, construction and coastal preservation, mitigated by the brave work of public servants under attack by Tea Party conservatives. Even as we have polluted the climate to increase the threat from Atlantic storms, we have overbuilt the increasingly vulnerable coasts. Although Irene is being described as a “once in a lifetime” threat, the weight of the evidence indicates that this storm is merely a harbinger of our dangerous future."

Agreed, the number of people endangered by hurricanes is increased because of climate change, and decisions about land use and overbuilding the coasts but...NOT a word about what overpopulation has to do with all of that.

Oh well, unless the train tracks are still blocked by fallen trees, I'm still planning to go next week and protest in my Mothra costume!  Here's the flyer I picked up yesterday from the printers - and down at the end of this post, a video of Richard Heinberg - who just published a terrific new book called "The End of Growth."

GO THE LIMIT.org
Ice caps are melting, sea levels are rising.
The ocean is acidifying - the corals are bleaching.
The air is polluted...trees are losing their leaves and bark.
There isn't enough fresh water.
There are too many violent tornados, hurricanes, and blizzards.
Should we plead with our corrupt government to represent the people
instead of the corporate lobbyists and banksters?
Or maybe we should pray that Mothra will save us? 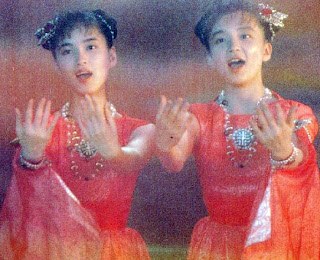 NO! That won't work either!
Americans are waking up to the converging dangers of climate change,
pollution, ocean acidification and overpopulation.
Please join us in the pledge to... GO THE LIMIT!
www.gothelimit.org presents a simple concept that ordinary folks can
participate in - easily, legally, without having to travel great distances.
Find out how YOU can be civilly Obedient!
Drive the legal limit on our nation's freeways, save gas and emissions. 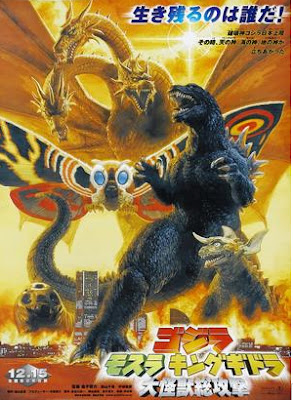 Have you noticed the trees are dying? Ozone is killing them.
www.witsendnj.blogspot.com has photos and links to research.
Posted by Gail Zawacki at 9:42 AM