I'm reposting in its entirety a terrific article found at the Daily Impact last week, followed by the most recent drought index. 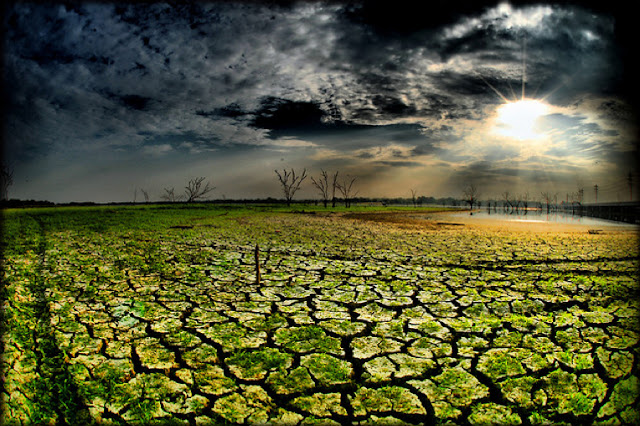 Lake Ray Hubbard, a reservoir of drinking water for the city of Dallas, Texas. Anybody worried yet? (Photo by Terry Shuck/Flickr)
According to last Sunday’s Fort Worth, Texas, Star-Telegram, “Lee Weaver knew he was facing a serious problem when he watched his lawn sprinkler dwindle to a meager squirt at his home south of Fort Worth.” This tells us pretty much all we need to know about Mr. Weaver, who in the midst of one of the worst droughts in the history of Texas was watering his lawn. It tells us a lot about journalism, too, when writers about this frightening, life-threatening and prophetic event think the best way to grab our attention in graf #3 is to highlight the agony of the brown lawn. And that says an awful lot about us.  It gets worse in graf #4, wherein we learn that not far away, “Pete and Stephanie Baldwin were confronting the same sobering reality — the well at their 10-year-old home with a St. Augustine lawn and an inviting pool was barely pumping.” OMG. Do you realize what St. Augustine grass looks like when it isn’t watered EVERY DAY??? Are we sober yet? More to the point, are we in touch with reality yet?
Credit where due: the newspaper’s lede gets it right:
The ferocious Texas drought is clobbering crops, thinning out cattle herds, decimating wildlife, and drying up streams and reservoirs, but it’s also wreaking havoc deep underground, where the state’s aquifers are dropping at a precipitous rate, experts say
That the surface water in Texas is drying up is by this point well understood. What seems to be coming as a surprise to the lawn order crowd is that the aquifers — the underground reservoirs from which wells draw their water — are drying up, too. All over Texas, the aquifers have dropped from 20 to as much as 50 feet, leaving well pumps sucking air like so many straws in an empty milkshake cup.
The depletion of the aquifers was predicted many years ago when Big Agriculture started pumping underground water by the acre-foot (enough water to cover one acre to a depth of one foot), taking 80 per cent of all groundwater used to irrigate crops that ordinarily would not grow in desert conditions. (See also “All of Our Aquifers are Leaking“) It was predicted again when developers of the endless, sprawling ranchette subdivisions adopted the habit of drilling two wells for each lot — one for the lawn. And it was predicted most recently when fracking — hydraulic fracturing natural gas wells, which uses and contaminates about a million gallons per frack — became the preferred method wherever there is shale, and there is a lot of shale in Texas.
Still, folks like Lee Weaver seem startled when their wells suck air and their lawns turn brown and then — only then — do they get worried.
Let us do a brief reality check: 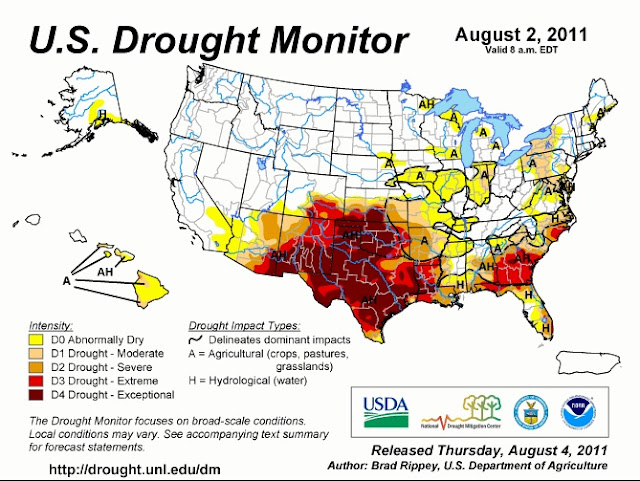