Georgia On My Mind

In a prior post, RPauli identified this mysterious organism as Gymnosporangium juniperi-virginianae... 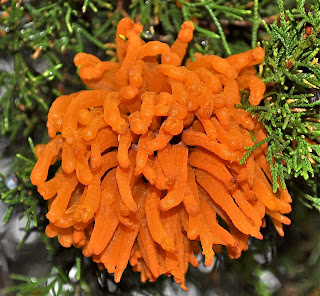 which was very exciting indeed, since it is so bizarre. 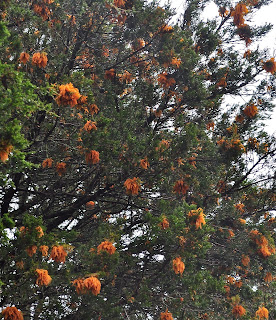 Obviously, it has existed for quite some time, in a symbiotic relationship between cedars and apple trees. 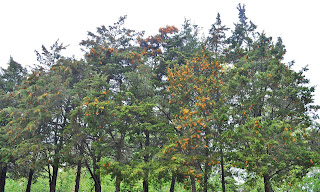 However, I can state with complete certainty that it has NEVER been present before in such abundance. 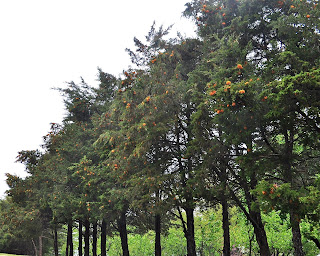 And I would in fact compare the sudden onset of its presence, up and down hedgerows, to this report that increased background tropospheric ozone encourages (for reasons not understood) pathogens, insects, and fungi. 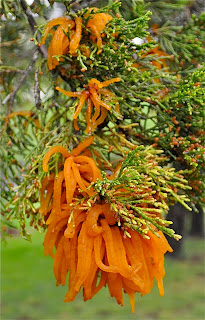 That's intriguing, and the empirical evidence is astonishing. 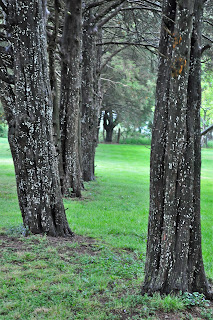 The trunks of the cedars have this odd white stippling, I do not know if it is yet another fungal growth, or the extrusion of sap. 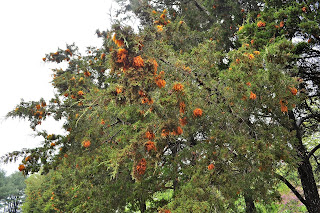 The branches are weighed down by the growth but even wilder, it is oozing out of the bark! 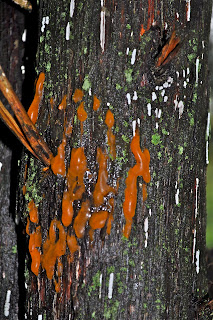 Did anyone see "Alien?" 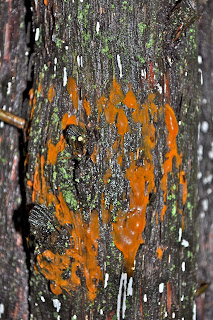 The rest of the pictures that follow are courtesy of Catman306. He lives in Georgia, and is a witness to the same tree decline that I record here on this blog every day. I reproduce the photographs and his terse but accurate captions without any editing. Thank you Catman! For your contribution, and your observations. More people should pay attention to our essential ecosystem - without it, we cannot survive 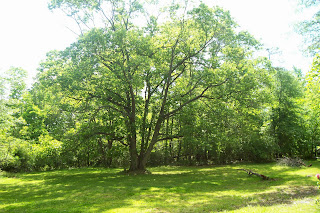 This chestnut is on the next hill. 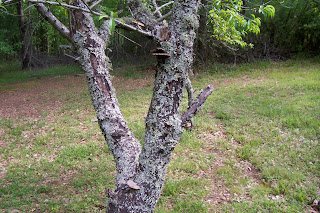 Lichen about to kill these ancient peach trees. 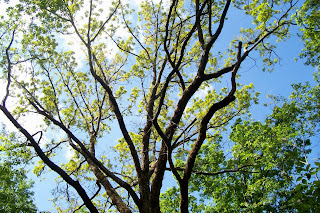 Not much canopy or crown for this white oak. 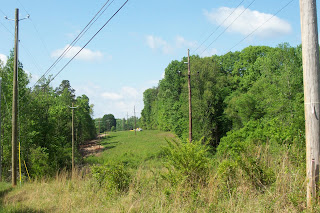 This morning's view of our power cut which will soon boast a 230 KV line instead of the 12 kv line you see. 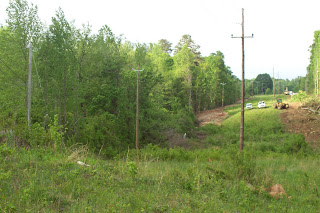 Later in the day. 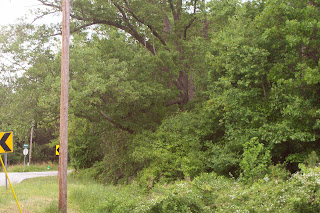 This great old oak will be sacrificed to progress tomorrow even though it is 20 feet out side of the right-of-way. The Georgia Transmission Co. has decided it is a 'danger' tree and must go. 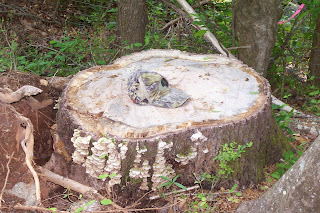 This tree was cut last fall and thousands (!) more just like it along the 25 mile r/w. And zillions of pines. 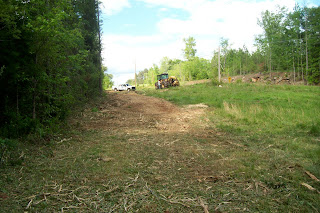 Actually Georgia Transmission only has a 120 foot right of way and it's supposed to have 150 feet minimum for a 230 KV line. So there are lots and lots of 'danger' trees. They are stealing land and killing lots of nice trees to do it.
Although I heat with wood, I haven't been able to get away from this destruction. They grind up all the trees into this wood 'mulch'.
One way or another the trees don't stand a chance.
Posted by Gail Zawacki at 9:40 PM