The other greenhouse gases

On Sunday afternoon, October 25, I watched the Tewksbury Foot Bassets take off for the hunt, from an orchard in the middle of Oldwick village. 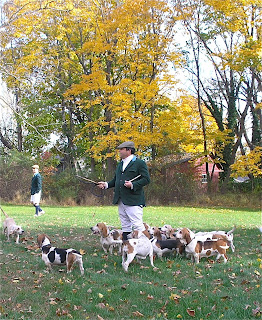 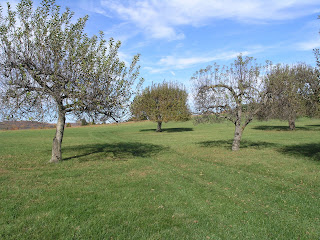 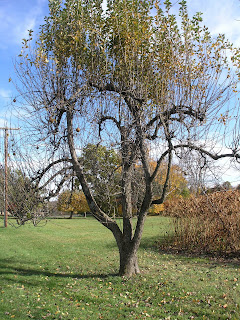 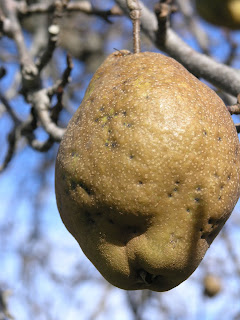 And they are being smothered by the creeping lichen that is to be found on many other species of tree. 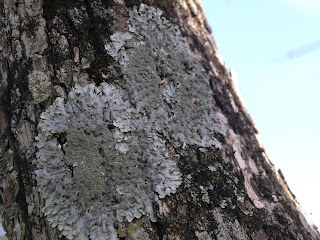 There is the greyish type, that almost has petals - and also this particularly objectionable color of hideous green. 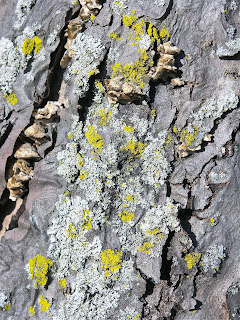 Adjacent to the orchard was this brown stand of brushy growth. I don't know what it is, but I sincerely doubt it should be brown, since we haven't had a frost yet. It reveals interesting layers of dieback. 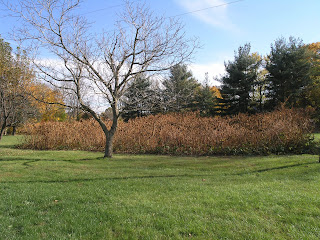 The topmost oldest foliage is the most brown. 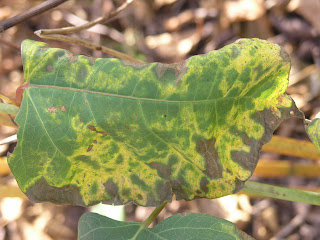 Closer to the ground, where newer growth has spurted up, has some green. 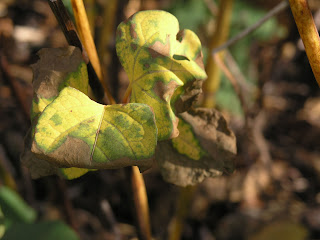 And the higher up you go, the more damaged the leaves are until they are totally dead. 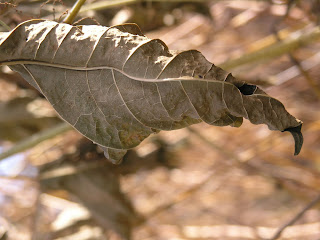 Here's a view from the meeting spot.

Apple trees in the orchard are not faring well, either, and the distant hills are dun and drab. 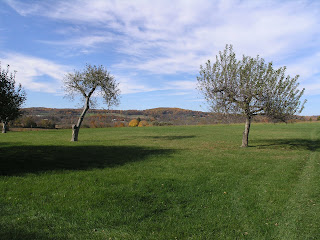 Here are some of the leaves, and apples. 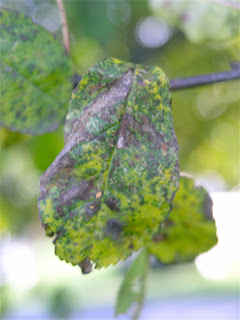 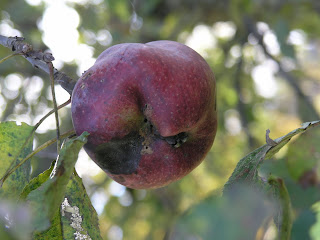 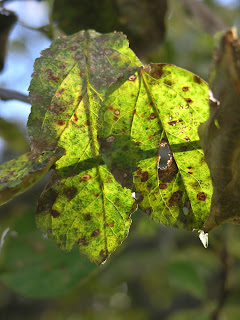 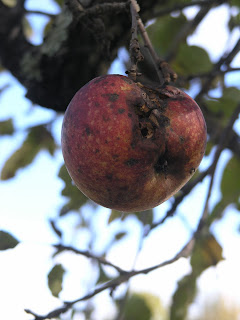 The tree below is a typical example of later, rapid growth atop more damaged, older leaves from earlier in the season. 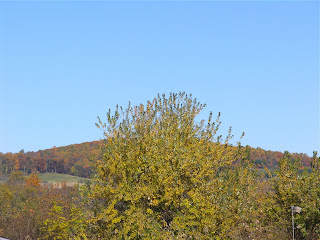 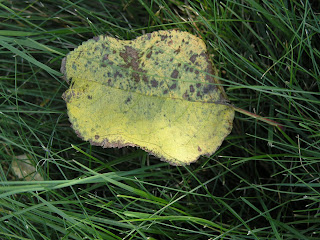 Off go the hounds, in pursuit of hare, following the huntsman's horn. Here's an upbeat video about the possibilities for clean energy to save us from oblivion.
Now, back to reality.

One of the authors of this research as reported in a Science Daily article, Dr. Sandy Jackson of UC Berkeley, was kind enough to forward this Royal Society report to me.
Below are the conclusions for the section on vegetation, which starts on page 75. It seems like every other paragraph says something along the lines of "more study is needed" and "observed impacts were worse than predicted by the models."

Terrestrial vegetation is directly impacted by ground-level O3, although there are large differences in plant sensitivity both within and between species. O3 has direct effects on leaf structure and physiology and causes visible leaf damage and reductions in growth and yield in sensitive plant species. These may lead to long-term effects on ecosystem structure and function.

The choice of exposure index can dramatically alter model predictions of O3 impacts. In the European region the application of a deposition flux-based approach has demonstrated a more even distribution of impact than other models. This approach provides a stronger mechanistic basis for assessing O3 impacts, especially in the context of long-term environmental change.

Global yields of staple crops are already reduced as a consequence of current O3 exposure.

The impact of O3 on crop production may increase over the next few decades in some rapidly developing regions, especially without the full implementation of current legislation to reduce emissions. Significantly increased impacts of O3 are projected in South Asia where there is evidence both of substantial impacts on yield of current O3 levels and that the local sensitivity of crops may be greater than in North America or Europe. In South Asia, and other developing regions, O3 could present a significant threat to national food security, although it has received much less recognition than the impacts of climate change.

Evidence suggests that wild plant species in Europe and North America can be as sensitive to O3 as the most sensitive crop species, but very few studies have assessed the long- term effects of O3 on biodiversity or ecosystem services. An analysis of O3 effects on global plant productivity over the 21st century shows that significant impacts on production, and hence potentially on ecosystem function and biodiversity, are predicted to occur under a high emission SRES A2 scenario in major eco-regions of high conservation priority, in Latin America, Asia and Africa, as well as in parts of Europe and North America. The long-term effects of O3 on biodiversity are particularly uncertain at lower latitudes where almost no research has been undertaken.

Marketplace, a radio show aired on NPR, had a story about pine bark beetle, and this is what I wrote them, about that:

I have a message for Kai Ryssdal, Sam Eaton, and Sarah Gardner regarding the story that aired about pine bark beetle.

Briefly, most people are missing the boat. It isn't CO2 (long slow killer that it is, from warming) but rather, the "other" greenhouse gases that are killing trees - emissions that morph into ozone and peroxyacetyl nitrates from gasoline and ethanol, respectively.

These are known toxins to vegetation and they are directly killing trees in many regions, by interfering with the ability of foliage to photosynthesize and produce chlorophyll, as well as leading to worse insect and disease problems.

Very few academics are investigating this connection. The first reporters to break this story will become famous - consider the implications of a world without nuts, fruit orchards, maple syrup, lumber, shade and habitat for so many other species.

And that's without even mentioning widespread failure of annual crops, leading to famine. If we don't stop burning fossil and biofuels, and soon, we are going to cause ecosystem collapse and mass extinctions.

Furthermore, these volatile organic compounds, which do not persist for years like CO2 but can travel long distances, are dangerous for people, and are directly responsible for cancers, emphysema, and asthma.

This is a neglected topic, because the only way to fix it is to completely switch over to clean, renewable energy, and soon. As already demonstrated in the areas that are receiving these greenhouse pollutants from California's 8-lane freeways, and visible if ignored along the Eastern Seaboard, a conversion is urgently required to avoid the worst irreversible consequences.

Photos of the damage and links to scientific research at www.witsendnj.blogspot.com

Feel free to contact me with any questions. I want this to be investigated because I have 3 daughters I would rather not inherit an impoverished environment.